The award-winning flight combat from Oleg Maddox’s IL-2 series moves the setting from the Eastern front to the fierce combat of the Pacific theater. Allied fighters and bombers square off against the notorious air power of the Japanese empire. For the first time, a large variety of British aircraft will be included along with the U.S. and Australia. 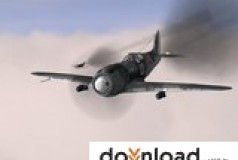