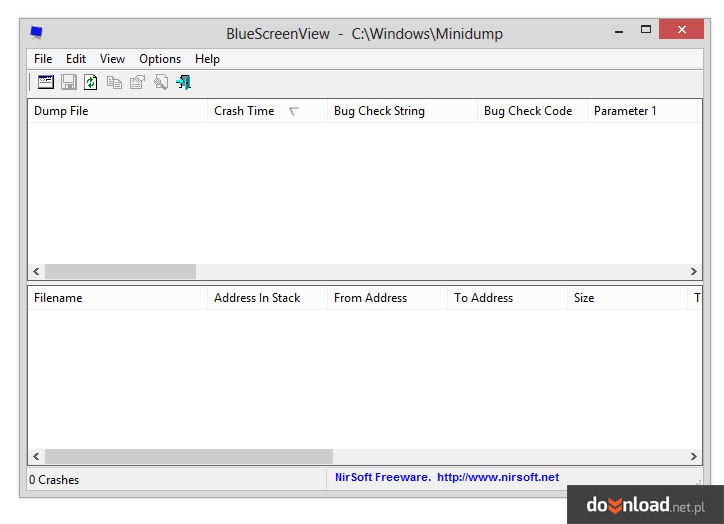 BlueScreenView is the program that helps users to deal with BSOD. Some Windows users know exactly what this abbreviation stands for, namely blue screen of death. These are nasty errors made by Windows which usually appear without any prior warning and are difficult to figure out what they mean.
Regarding user interface it is user friendly and straightforward. It is horizontally split into two main lists. The upper window shows Dump Files whereas the lower pane displays the content of each file. Users can change the column headings by using Choose Columns tool situated in the View menu. Moreover, users do not have to install the program.

The program enables users to read minidump files which are produced when the system crashes, as well as it identifies where the problem lies. In such a way it prevents crashes from appearing in the future. The program scans the computer looking for the available minidump files together with crash time, so that users know which ones to open.

BlueScreenView has the ability to display details concerning the processes or drivers that might have generated the BSOD such as the file name, version, and description. With the help of the tool users can produce HTML reports and save data. The information provided by the program will definitely help users to find a suitable way to handle with the error. The program is also equipped with a special tool that quickly does an online search for bug and drivers.
All in all, BlueScreenView is the program famous for its ease of use and powerful capabilities. 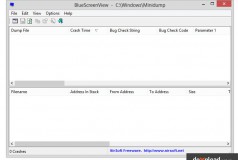 How to Fix Kernel Power Blue Screen of Death Error on Windows 10.

How to Fix Orange Screen of Death on Windows 10.

How to Fix: NO_USER_MODE_CONTEXT Blue Screen of Death (BSOD) Error on Windows 10.

How to Fix ATTEMPTED_WRITE_TO_READONLY_MEMORY BSOD Error on Windows 10. (Error 0x000000BE)

How to Fix SYNTP.SYS Blue Screen of Death Error on Windows 10.