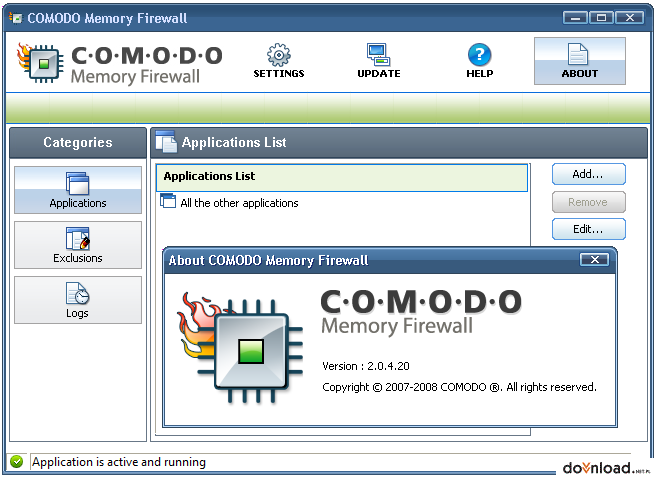 Comodo Memory Firewall protects against data theft, computer crashes and system damage by preventing most types of buffer overflow attacks. This type of attack occurs when a malicious program or script deliberately sends more data to its memory buffer than the buffer can handle. It is at this point that a successful attack can create a back door to the system though which a hacker can gain access. The goal of most attacks is to install malware onto the compromised PC whereby the hacker can reformat the hard drive, steal sensitive user information, or even install programs that transform the machine into a Zombie PC. 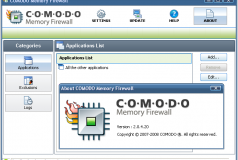 Create your own security suite for free.

Firewall– is it really necessary?