If you have been using Steam for a long, long time, just like I have, you’ll know that the interface hasn’t really changed dramatically over the last several years. That may all be about to change though, with a brand new Steam Interface Beta currently being tested. So if you’re pretty keen to try it out, follow along as we show you how to activate it. 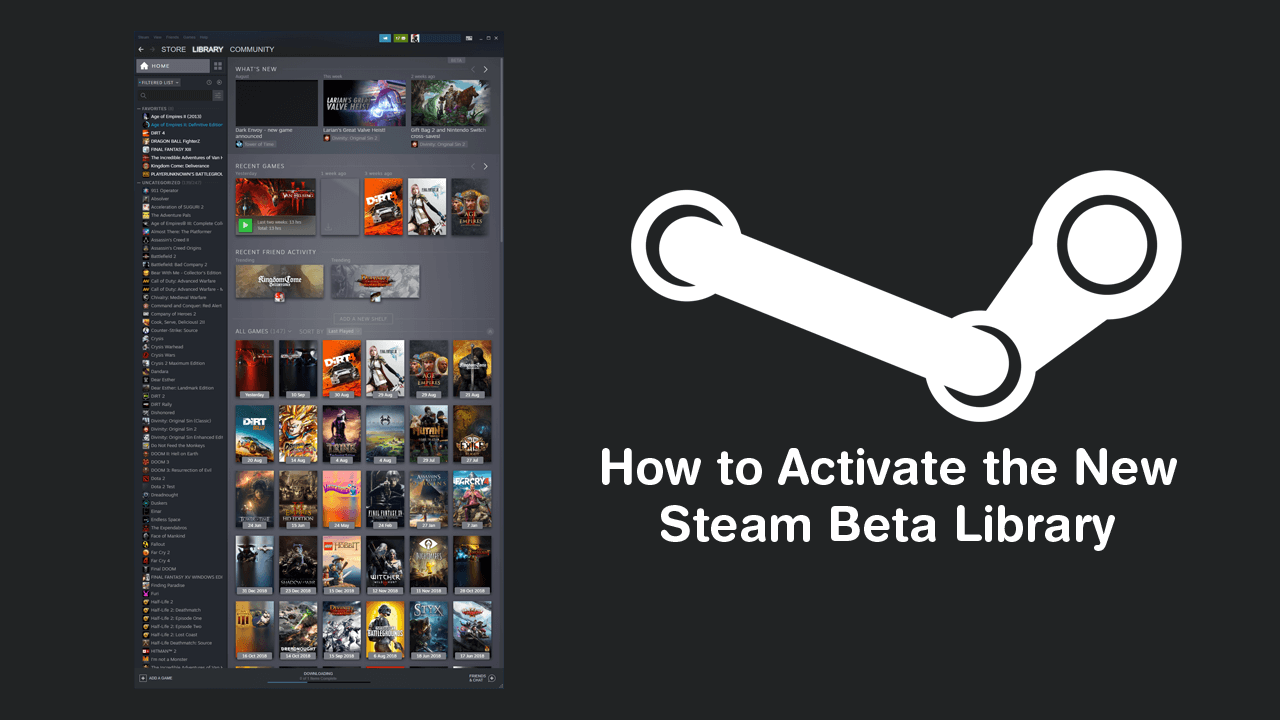 After such a long time with the same old interface, Steam has finally launched a brand new layout and design for the second most popular tab on the Interface. The Library tab. If you haven’t already seen screenshots of the brand new layout, you’ll be happy to know that it's super slick, easy to use, and surprisingly insightful, especially some of the new sorting options.

Although the new Steam Library layout isn’t yet in full circulation, it is possible to activate it now and get in early on the new change. If you happen to be using a second monitor in a vertical aspect ratio, you’ll find the new layout even more practical. So without further aduie let’s get started on enabling the brand new Steam Library layout.

Related: How to Download Steam Cloud Saves. (Get Game Saves From Steam Cloud)

As we mentioned above, the new Steam Library layout isn’t enabled by default so you will have to manually opt into it to get access to it. To do this open the Steam client on your computer and sign in to your Steam account. Once you have your Steam account open click Steam in the top left-hand corner and select Settings from the list.

On this page stay on Account, then click Change, in the Beta Participation area. Now simply click Steam Beta Update, Ok and Steam will shut down, then update itself to the latest version (about a 160mb download) As soon as Steam restarts, you’ll see the newly updated and refreshed Library layout. Apart from the Library change, nothing else on Steams interface seems to have changed. 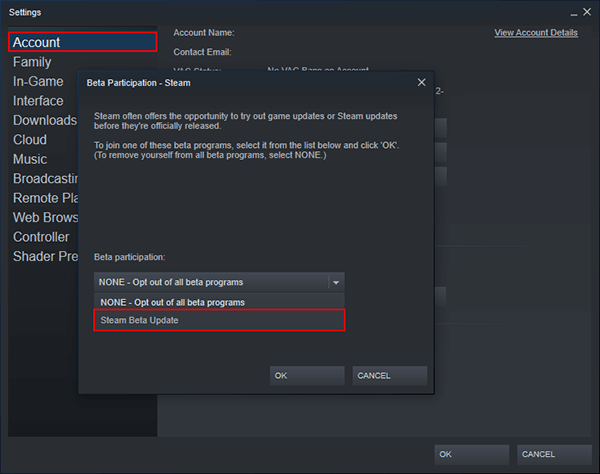 So What’s New in the Steam Library Upgrade/Beta?

If you weren’t expecting much of a change you are in for quite the surprise with most of the interface getting a complete overhaul. About the only thing that seems to have remained the same is the game list being on the left-hand side of the page. That said, this has also been updated to include a brand new “sort by activity option” and a new “Show only ready to play games” option.

As well as this the centre of the page has been updated to show a more visual representation of your game collection, along with Recent Games, What’s New, and Recent Freind Activity. The most useful feature, however, is the new Your Collections icon to the right of the search box, which allows you to create your own game collections. An exceptionally handy tool if you wish to sort your games into categories, genres or just about any other random collection that may come to mind. 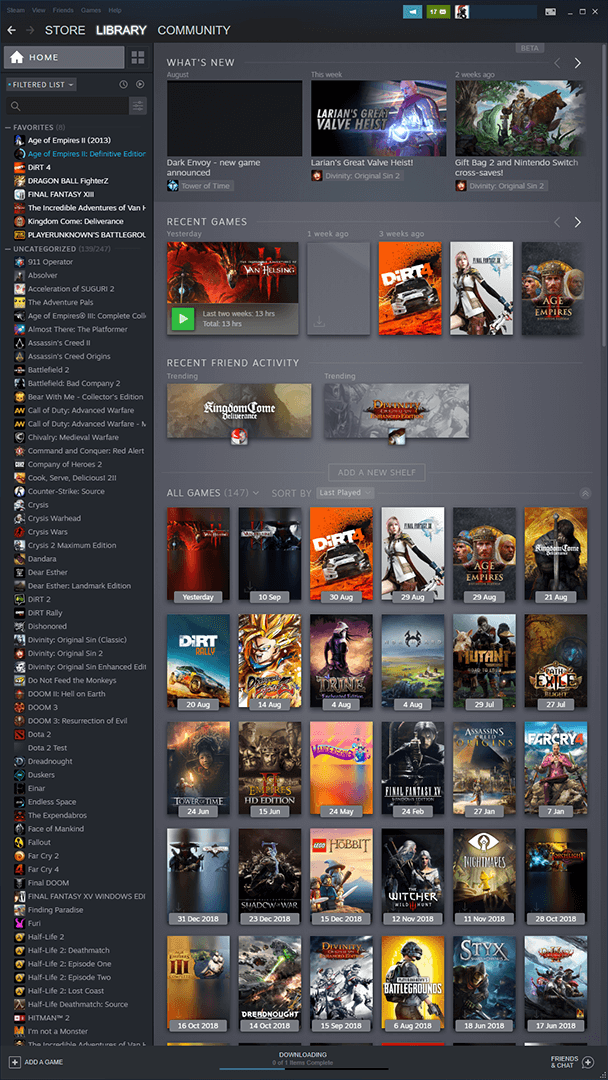 So far in my short time using the new Steam Library layout I haven’t noticed any functional issues. The only real issues so far have been minor cosmetic ones, things such as game cover image sizing, and the occasional text alignment or sizing problem. Apart from that, it’s been pretty smooth sailing. Although there hasn’t been any official news I’m certainly looking forward to the rest of Steams interface getting an update.