How to Adjust the Download Speed/Bandwidth of Windows 10 Updates.

Windows 10 is obsessed with downloading the latest version of itself, which is and isn’t the greatest thing in the world. By default, all updates, including major and minor releases are downloaded at maximum bandwidth, which can cause problems depending on your current situation. The good news is that once you’ve updated to Fall Creators, you’ll gain more control on how updates download on your system. All of which this guide will cover. 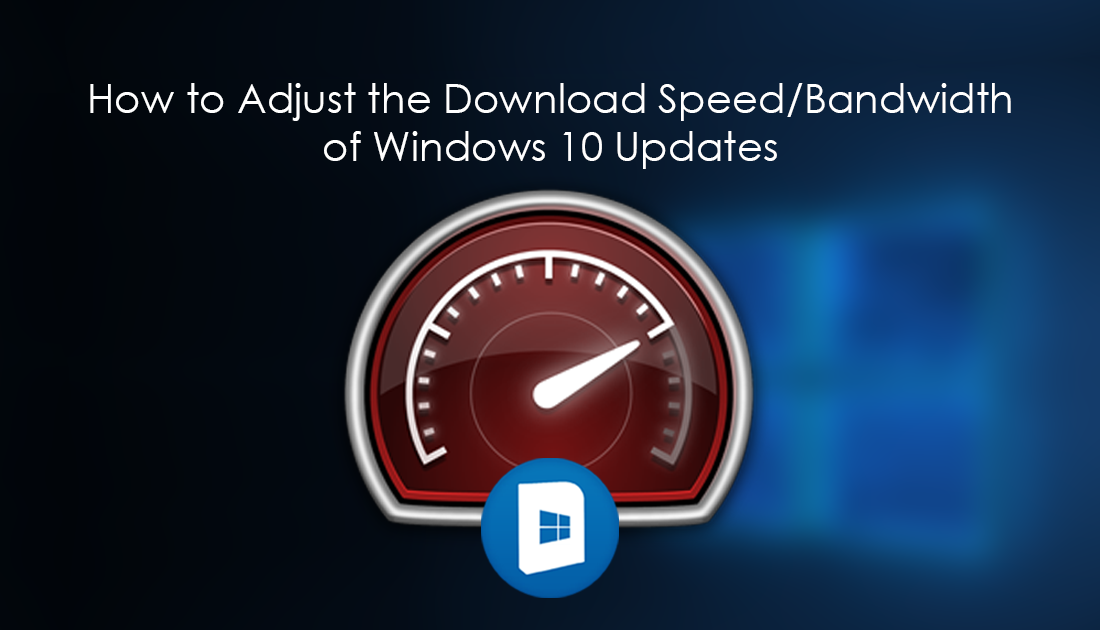 How to Disable Game Mode on Windows 10 Computers. (After the Fall Creators Update)

Starting with the positive side of the update argument, it’s always good to have the latest security and protection features installed as quickly as possible on your machine. However, on the other side of the argument, automatic updates can blow mobile data plans in a heartbeat, especially when they start unexpectedly. In the past, Windows allowed metered connections to be exempt from all automatic updates but this has changed with some updates being forced down, no matter what your system settings. With the Fall Creators update, however, things may once again, at least a little, work in your favour.

Using the new Bandwidth control settings introduced in the Fall Creators update, you can now throttle/slow down Windows 10 updates. Now this isn’t a perfect solution but slowing the download speed of Windows updates to its lowest setting will buy you some time, it also saves the rest of your internet connection for things you actually want to do, streaming video content or gaming for example. The new feature also allows you to track how much data Windows Update has downloaded and uploaded, including Windows Store and other Microsoft updates.

The feature is nice and easy to use, however it might be a little hard to find if you aren’t someone who’s used to prowling your System settings. To begin, open the Settings menu by pressing Windows Key + I, then navigate to the following location Settings > Update & Security > Windows Update. On this screen, click Advanced Options under the Update Settings heading. 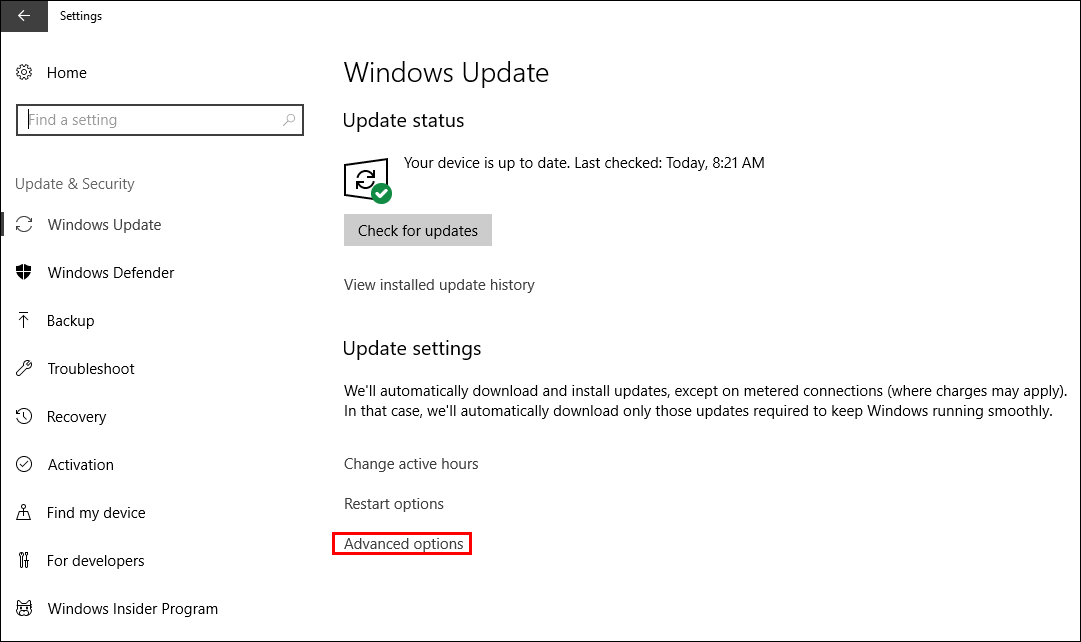 Next, click the small Delivery Optimization link near the bottom of the page. 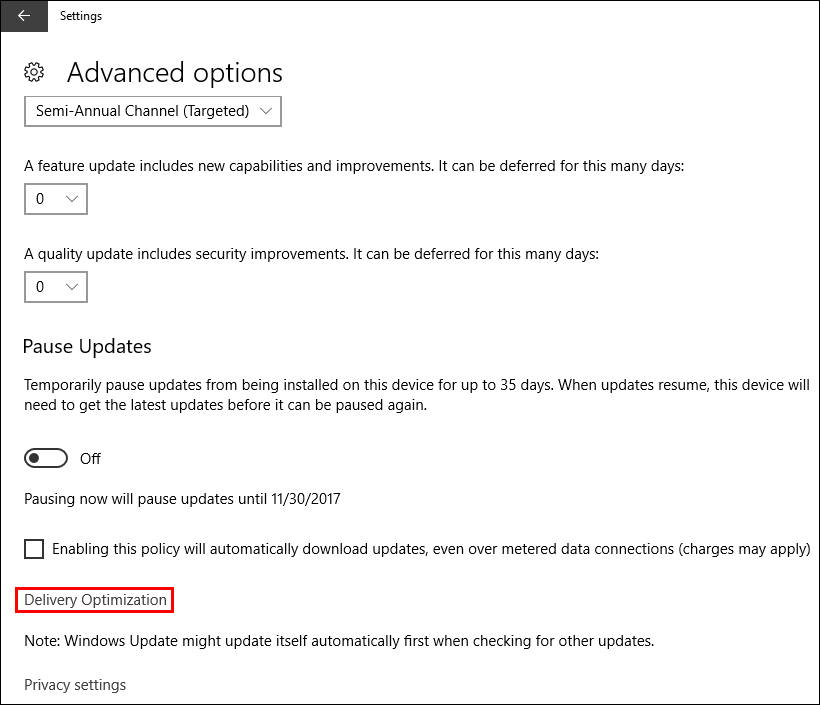 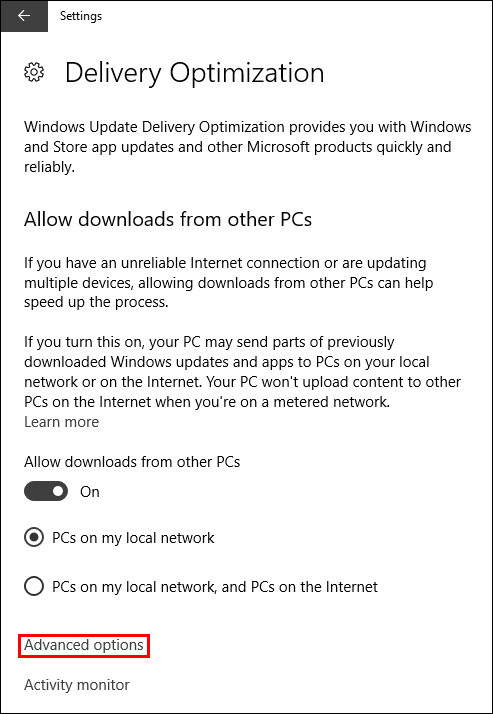 This page is where all the good stuff happens, here you can make all the changes you want to how Windows deals with updates. If you really want to put a choke on Windows updates, I would suggest the layout shown in the below screenshot, with everything set to minimum. Unfortunately, 5% is as low as it will go but it's better than nothing. 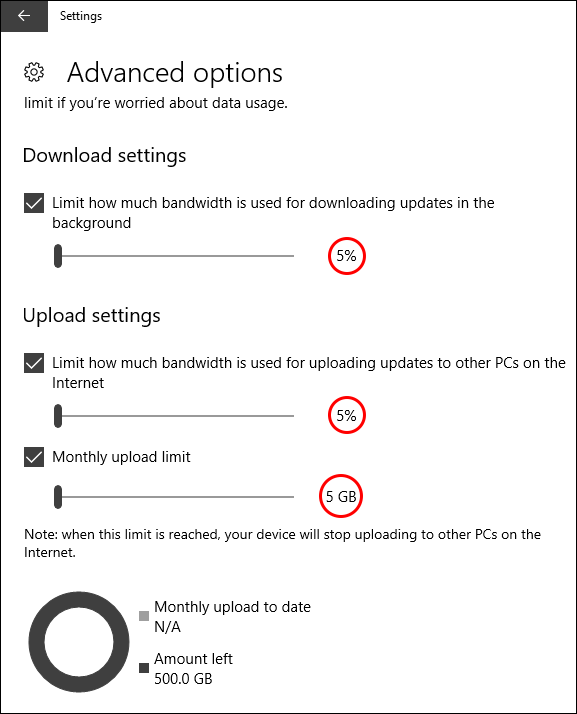 The most annoying thing you will notice on this page is that you can’t completely disable the upload settings, which Microsoft uses to force your computer to contribute to the task of updating other Windows 10 systems…. Sneaky Right! What's worse is that the 5gb minimum is huge, meaning most updates will bypass this setting. This is how they limit the massive strain on their systems, by sharing the load between millions of user systems. Leaving you to pay the data bill....

How to Check How Much Data Windows Update Has Downloaded and Uploaded.

To view how much data Windows Update has downloaded and uploaded on your system, go back one screen and click the Activity Monitor link at the very bottom of the Delivery Optimization page. 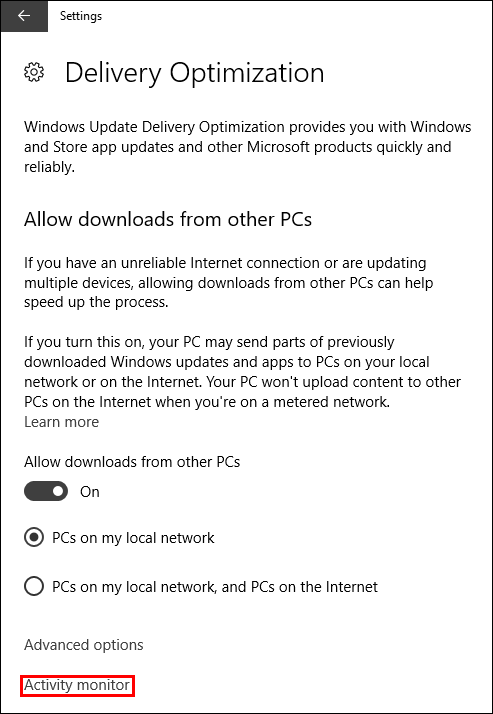 Here you can view the detailed history of your downloads/uploads both Windows Updates and any Windows Store Activity. As I am running a fresh install of the Fall Creators Update, the below screenshot is relatively boring, however, it’s a good example of how much data Windows is moving and why you should consider slowing Windows update bandwidth usage. 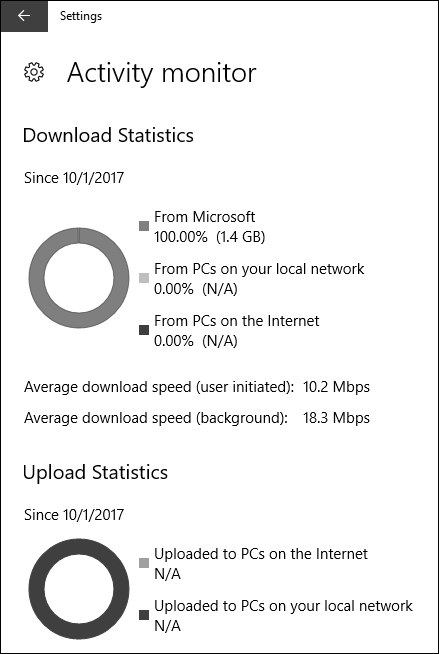