How to Backup and Restore Microsoft Launcher Settings on Android.

Windows Phone may be well and truly dead but that doesn’t mean Microsoft has given up entirely on the mobile market. Instead, they have shifted their focus to Android where they have created one of the best and most popular Launchers available. If you are already using Microsoft Launcher this guide will show you how to make a complete backup of all its settings and data. 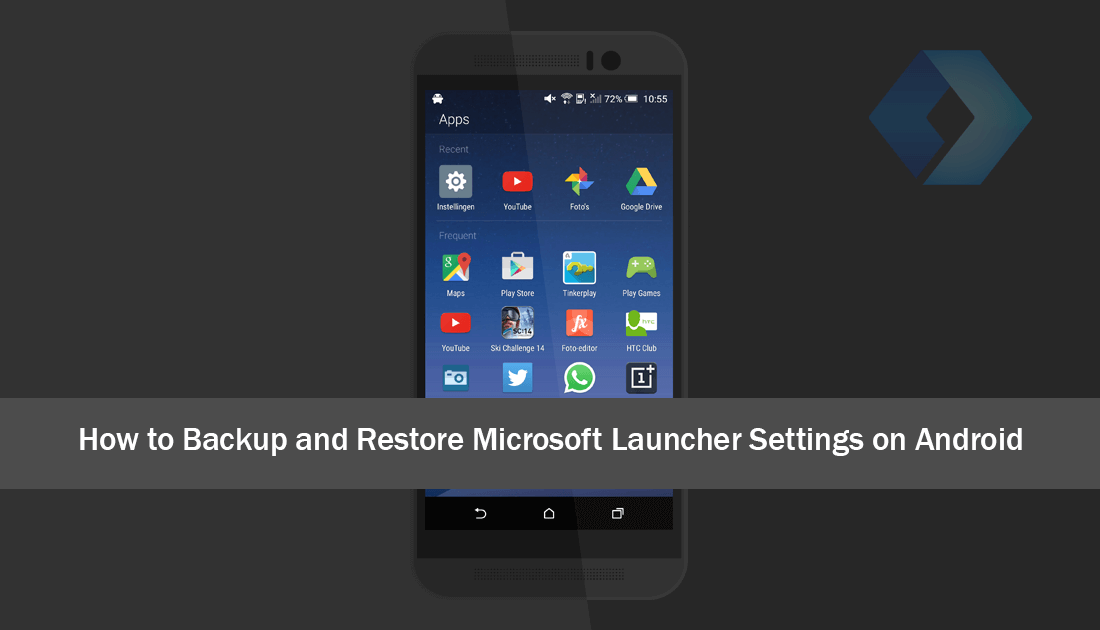 How to Set Custom Graphics Options For Apps on Windows 10.

Microsoft launcher has been available for download on Google Play for quite some time and has amassed more than 10 million downloads with an almost perfect start rating of 4.6. If you haven’t yet check out Microsoft Launcher, it’s definitely worth looking into, especially if you are looking for more Android to Windows compatibility. On the other hand, if you are already using Microsoft Launcher, below you will find all the steps you need to follow to make a complete backup and restore one.

How to Make a Backup of Your Microsoft Launcher Settings.

Making a backup of Microsoft launcher on any Android device is quick and easy to do. To begin open Microsoft Launcher Settings and tap Backup and Restore. On this screen, there are several options available, as you will be making a backup select Back-Up Microsoft Launcher. Next, choose if you wish to save the backup to the cloud or locally, if you choose the cloud option, you will have to sign into your Microsoft account. Once you have decided which option you would like to use tap Backup. Here select which components of Microsoft Launcher you would like to backup, generally, I would suggest backing everything up, however, what you choose is completely up to you. When you have made your choice, tap Backup Up Now. 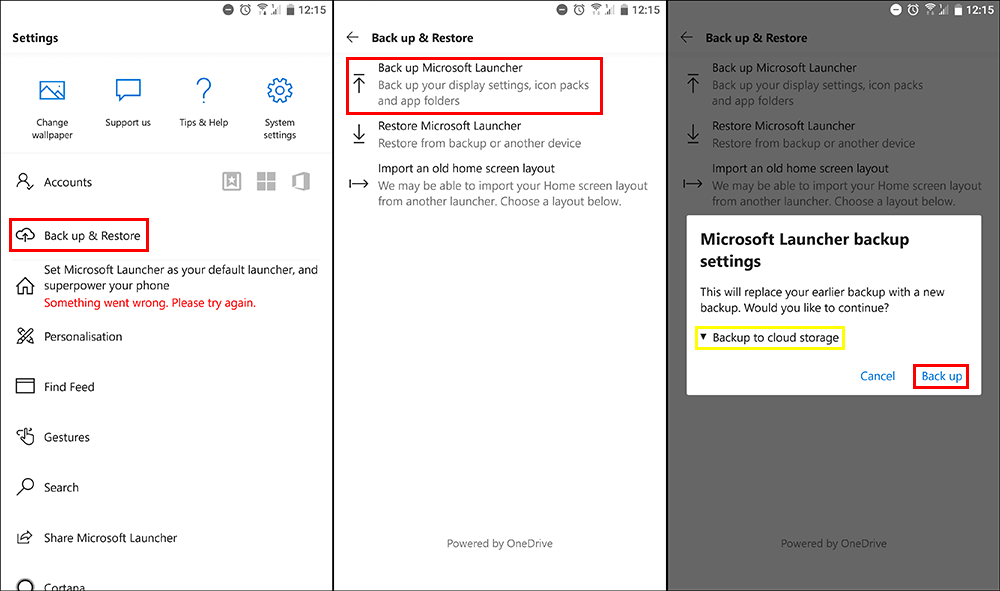 Depending on how long you have been using Microsoft Launcher and how much data you have chosen will affect the length of the backup process. (It usually won’t take more than one minute)

Note: if you have more than one backup you can also delete old backups from this area.

How to Restore a Microsoft Launcher Backup on Android.

To restore a Microsoft Launcher backup on Android, the process is very much the same as creating a backup. To begin, open Microsoft Launcher Settings and tap Backup and Restore. On this screen, there are several options available, as you will be restoring a backup select Restore Microsoft Launcher. If you saved your backup to the cloud select the cloud option and sign into your Microsoft account. If you have a local backup, select the local option. Now all you have to do is follow the steps shown in the app and choose which content you want to restore. Restoration generally won’t take more than a minute or two. 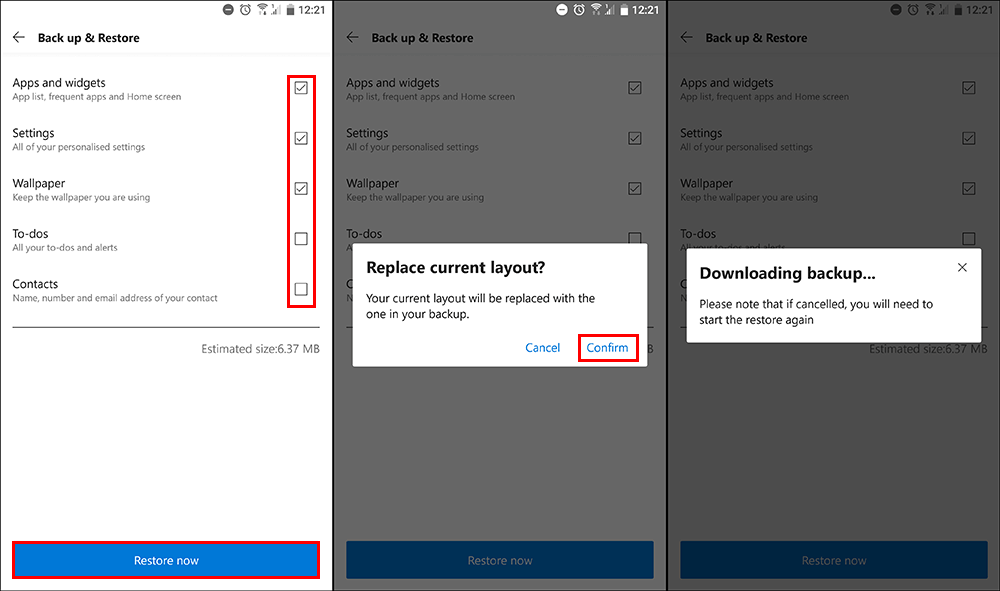