How to convert 360 camera INSV format files to MP4.

If you have recently purchased a 360 camera and are trying to figure out how to convert the INSV files to a different format that opens in other programs. This article will show you how to quickly and easily convert INSV format files to MP4 format, allowing you to open them in VLC or import them to other editing programs.

Related: Four of the Best Screen Recording Apps on Android.

Action cameras come in a wide range of varieties and all aim to give you the best quality footage with the most versatile editing options. 360-degree action cameras take this promise to an entirely new level, letting you capture every single piece of your surroundings without missing a single moment of action in any direction. This does come at a cost though, as 360 camera footage requires a lot more work during the editing stage, as you’ve probably recently become aware of...

Even though there are quite a few programs out there that give you the ability to edit and adjust 360 camera footage, they can be a little picky with file formats, particularly INSV format files. The good news is that INSV files can be converted to MP4 format quite easily, so you can edit and adjust them without much trouble, though you will most likely still need some special plugins, but that is a story for another day.

How and where can you convert INSV format files? Convert INSV to MP4 format.

As always there are quite a few different ways you can go about converting INSV format files into MP4 format, however, there is one super easy method that gets overlooked because of its impossible sounding nature! Just keep in mind that converting INSV format files only changes the format, it won’t automatically flatten them, you’ll still need to use software to process the footage. 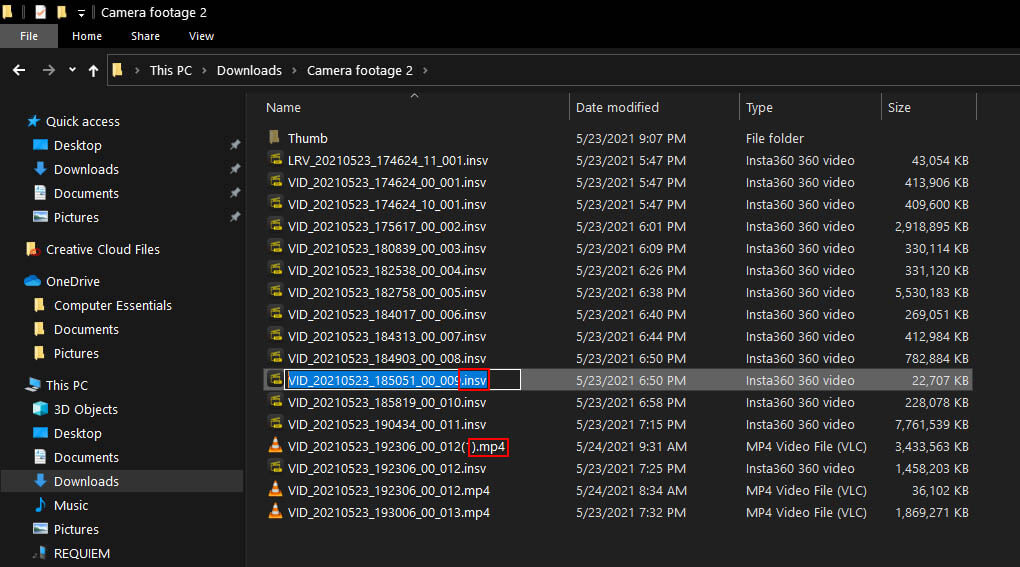 This process will take a considerable amount of time given the nature of INSV files, so expect to be waiting for the upload to complete then the converting process followed by the downloading process. However, it will still give you decent results. That said I can’t find too many reasons you wouldn’t want to use option 1…. It’s a no brainer really.

What sort of programs can you open native INSV files in?

Insta 360 camera format INSV is a unique video format that is still finding its way in the market so not too many tools accept it straight out of the camera. If you’re new to the editing scene I highly suggest getting the official Insta 360 Studio software and practising. Once you have mastered the basics and are ready to move on to something more advanced, you can check out programs like Adobe Premiere, Corel Video Studio Pro, and VSDC.

How to fix Photoshop files and projects opening black with no colours.

How to disable the camera on Windows 11.

how to convert insta360 video to mp4