First came Google Photos, which allows you store all the photos from your phone or tablet safely on the cloud. Gaving you access anywhere, any time, regardless of your device. Now comes Photoscan an app specifically designed to bring photos from the past, back to life and into the digital world. 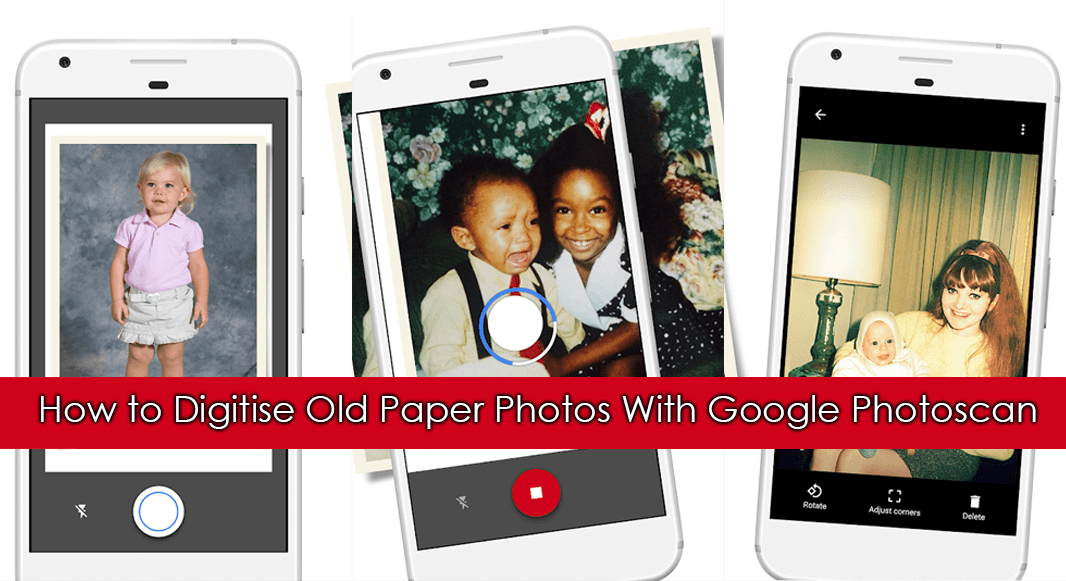 How to Shoot Camera .RAW on Android Smartphones and Tablets.

There are countless options available for digitizing your old photos, some services require you to bring your old paper copies or negatives to a business and have them turned into digital files there. The quality of a service like this is usually very good, however, it can be quite expensive. You can also purchase dedicated, flatbed photo scanners, which will scan your images and convert them into digital files. Now, however, Google is offering its new Photoscan app to make the conversion from paper to digital easy and completely free.

The first thing you have to do is download the new app from either the Google Play Store or the iOS App Store.

Once you have the App installed, using it is ridiculously simple. The app opens straight to the camera, asking you to "position the photo you wish to scan within the frame window". Once you are holding your phone over the picture, correctly framing it how you would like it to best fit, press the capture button in the center. From here on out you must move the white circle in the center over each of the 4 dots, following the arrow, until they turn blue, prompting you to move to the next. (holding your camera steady and level is quite a skill to master) 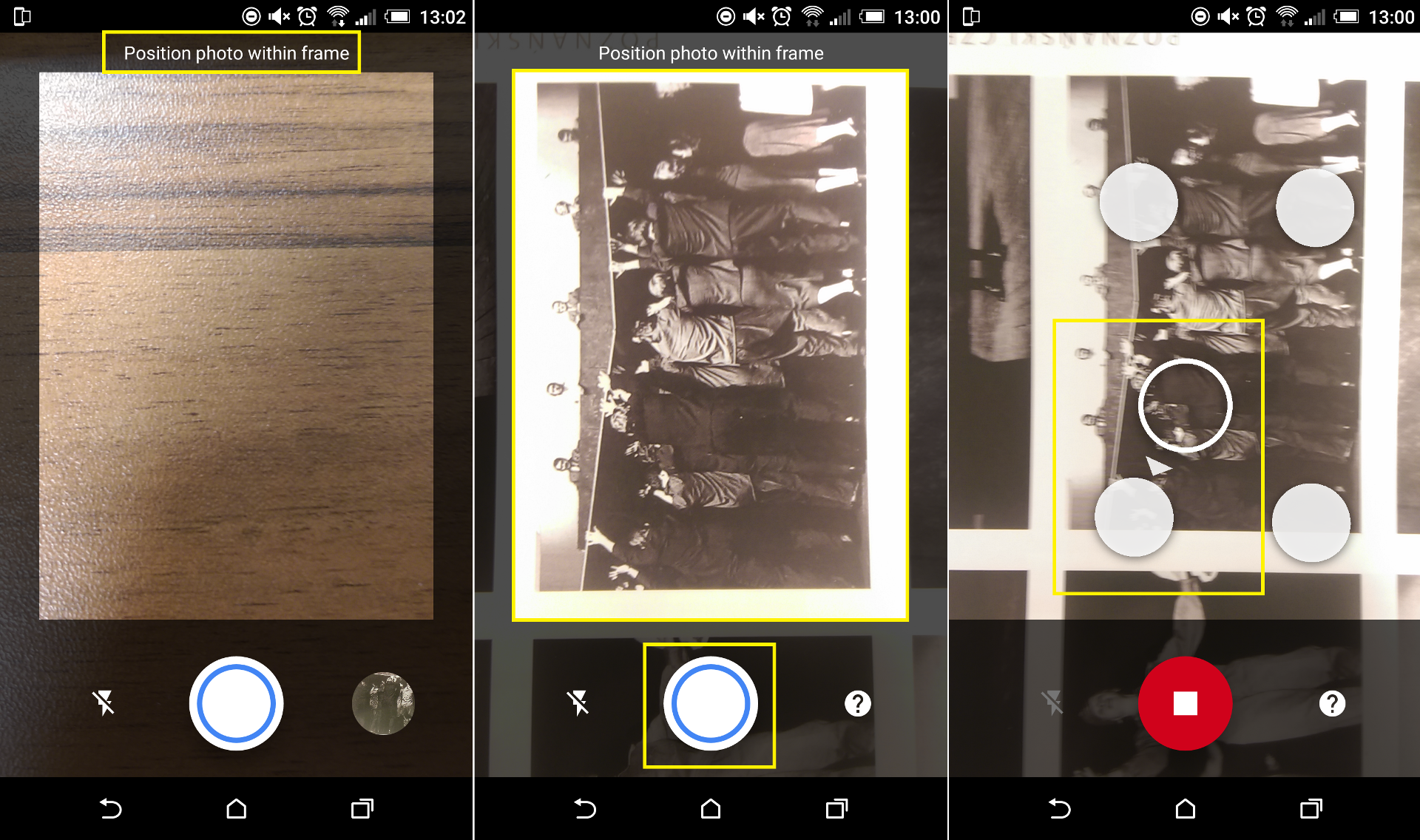 After you have finished chasing the circles, the app will load for a moment before merging the final image together. When the image is finished, you can access it via the circle in the bottom right-hand corner. Here you can also save the files from the app to your phone’s internal memory or ship them off to Google Photos cloud storage.

If you are not happy with the image it has captured, before saving you can make some small adjustments. You have the option to Rotate and Crop the image, any other adjustments you will need to make from another app, such as Google Photos or using software on your computer.

With All the Greatest Intentions Sometimes Things Just Don't Work as Well as They Should.

The resulting quality is really very variable using this app, some pictures come out fantastic and some you just have to discard. The biggest issue is the quality of your camera, its ability to focus and environmental factors such as glare, lighting, and shadows. Sometimes you will also get weird distortions, doubled up body parts and stitching errors. Similar to the ones you would find when creating a panorama with similar apps (Double check Kevin doesn’t have two noses before you upload the picture)

Until this app has a little more fine-tuning, it’s just as good to simply take a photo of the photo in question and crop it to size. For now though the app is more of a party trick than for archiving valuable photographs, given time though Google will undoubtedly turn it into the product it should be. Below is a comparison between Taking a photo of a photo and using Googles Photoscan app. (Taken on an older HTC_One_M8)

As always though the reviews and comment section regarding the app are quite funny.