How to fix and repair corrupted PDF files on Windows 10.

If you have a PDF file or a collection of PDF files that won’t open on any device, using any tool, there’s a good chance they are corrupted. Thankfully, there might be a way to save whatever PDF files you have. Unfortunately, there aren’t any 100% guarantees, but it’s the best we’ve got at the moment and certainly worth a shot.

Unsurprisingly, ninety-nine per cent of Windows users don’t bother using the feature and end up with corrupted files and more often than not corrupted drives. We’re all guilty of doing it at some stage, I know I am, but on the odd chance that you aren’t actually aware of the feature, you can read a little more about safely removing your devices here.

Seeing as you’ve come searching for a solution, it’s safe to assume you’ve already got some damaged or corrupted PDF files that need repairing. Although there is a chance of saving these files, the entire process shown in this guide may not be enough! But it’s going to give you a fighting chance at saving your damaged PDF files, so let's get started.

In order to attempt to fix a broken/corrupted PDF file, you’ll need to download a special tool for Windows called pdffixer. 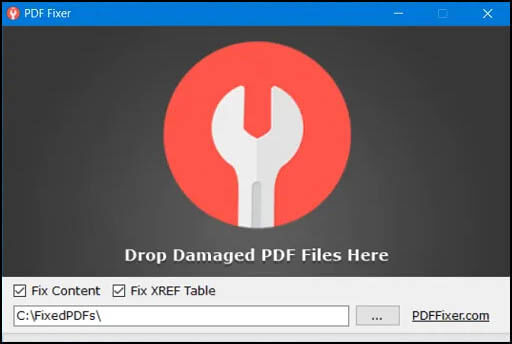 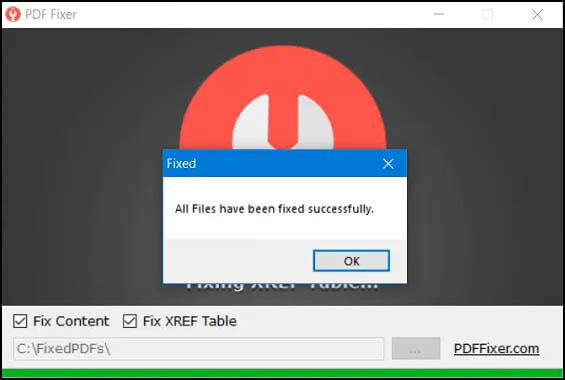 The process is usually pretty quick, however, if you are adding a huge PDF document with a lot of pages, you may have to wait a while longer for it to be processed. Moving forward I strongly suggest keeping at least one spare copy of all your documents and files, computer hardware is so temperamental these days and nothing is built to last, so sooner or later you’re going to have a hardware failure that wipes out your data. Fingers crossed you’re prepared for when that happens!

While we’re talking about backups make sure you check out two of our important backup guides: How to create your own cloud storage with an old Android phone and How to Backup Google Authenticator. (Backup Google 2FA) These two guides are an essential read, especially the second one! You don’t want your 2FA device to fail without a backup.