How to Fix ATTEMPTED_WRITE_TO_READONLY_MEMORY BSOD Error on Windows 10. (Error 0x000000BE)

If you have a Windows 10 PC and are starting to see Error 0x000000BE ATTEMPTED_WRITE_TO_READONLY_MEMORY quite often. This article will guide you through several different processes that will help stop this blue screen of death error constantly appearing. 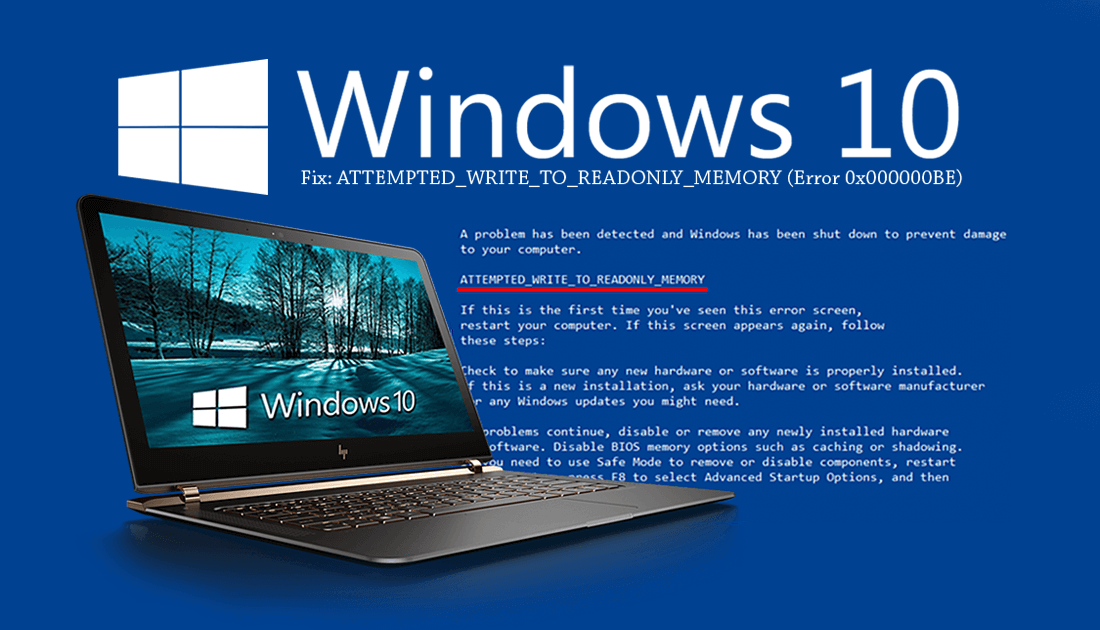 Windows 10 has been out for several years now and still isn’t as stable and error-free as most people would like it to be. It seems that with each and every new update the operating system becomes a little more temperamental, rather than more and more stable. Thankfully, most error messages the average person will encounter on Windows can be fixed without too much fuss. Including Error 0x000000BE, ATTEMPTED_WRITE_TO_READONLY_MEMORY.

If the above quick fixes haven’t worked, you can run the Windows 10 Blue Screen of Death (BSOD), Troubleshooting Tool. Personally, I have never had much success using this tool, but that doesn’t mean it won’t work for you. To find the tool open Settings go to Update & Security, select Troubleshoot in the left-hand pane, then choose BSOD in the central pane. The tool may take some time to complete its check, so be patient. 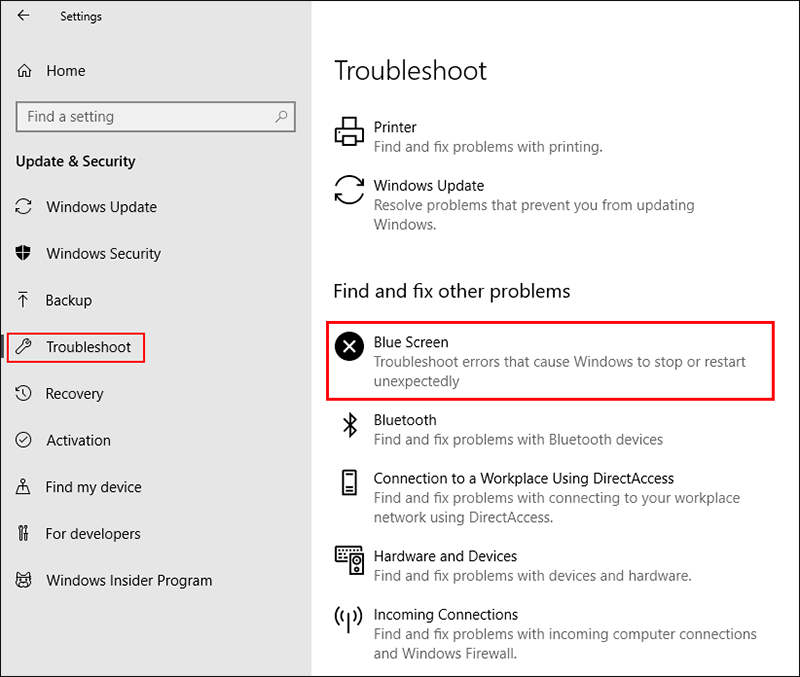 If the Windows 10 blue screen of death (BSOD) troubleshooting tool hasn’t diagnosed and fixed error 0x000000BE, you should check to see that you have the latest BIOS version installed on your system. Once you have made sure you do, you also need to check that Windows is up to date, as well as all your drivers. If everything is up to date, you shouldn’t have any more occurrences of error 0x000000BE. On the odd chance that you do, continue with the more advanced steps shown below.

Check to See if You Have Any Memory Issues to Fix ATTEMPTED_WRITE_TO_READONLY_MEMORY Error.

As error 0x000000BE can sometimes be caused by a memory/ram issue, it’s also a good idea to check your ram. To do this type mdsched into the start menu, then select Windows Memory Diagnostic when it appears. From the options list choose to Restart Now and follow the prompts given by Windows during your next system boot.

Note: You should also make sure your ram is physically installed correctly as well. Although there is a slim chance it moved or been dislodged it's worth checking just in case. 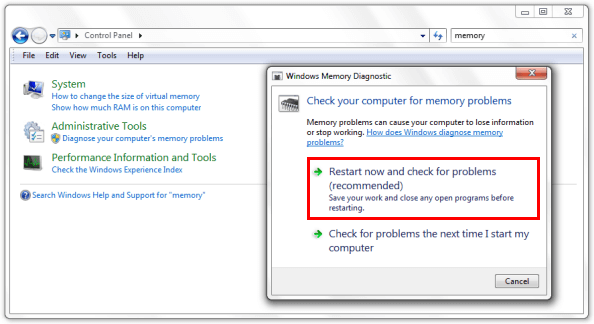