Related: How to create and export 360° footage in Insta360 Studio.

360 cameras have become quite popular over the last couple of years, allowing users to record all the action without ever having to worry about where you’re pointing the lens. Although 360 cameras make fantastic actions cameras, they can be a little tricky to master, especially when it comes to post-processing and editing captured footage.

Unlike traditional cameras, 360-degree cameras like the Insta360 One X2 require a lot of post-processing work in order to make something of the footage. This generally consists of a lot of manual keyframing. Which allows you to rotate the camera and point it in the direction you want to feature. It takes a little time to get used to but becomes second nature before too long.

Insta360’s range of cameras is supported by a small piece of editing software called Insta360 Studio, which is where users will do the majority of their keyframing and editing. Although there is also a plugin for Premiere Pro, the Insta360 Studio app is still the best place to edit 360 content as it uses proxies (low resolution video samples) by default. Which makes the entire process faster, smoother, more reliable, and stable on less powerful machines. In comparison, if you import the footage straight into Premiere Pro you’ll need to manually create proxies or suffer through slow clunky footage on slower PCs.

Fixing problems with flicking in videos exported from Insta360 Studio.

Below is an example of the kind of flickering you may be getting at the bottom of your videos. However, the flickering isn’t only limited to the bottom section of the screen.

If you are exporting video from Insta360 Studio and find that some of the footage is flickering (usually at the bottom). You’ll need to make a few changes to solve the problem. I’m not sure why this occurs for some videos and not others but the changes shown below will fix the problem for problem exports. 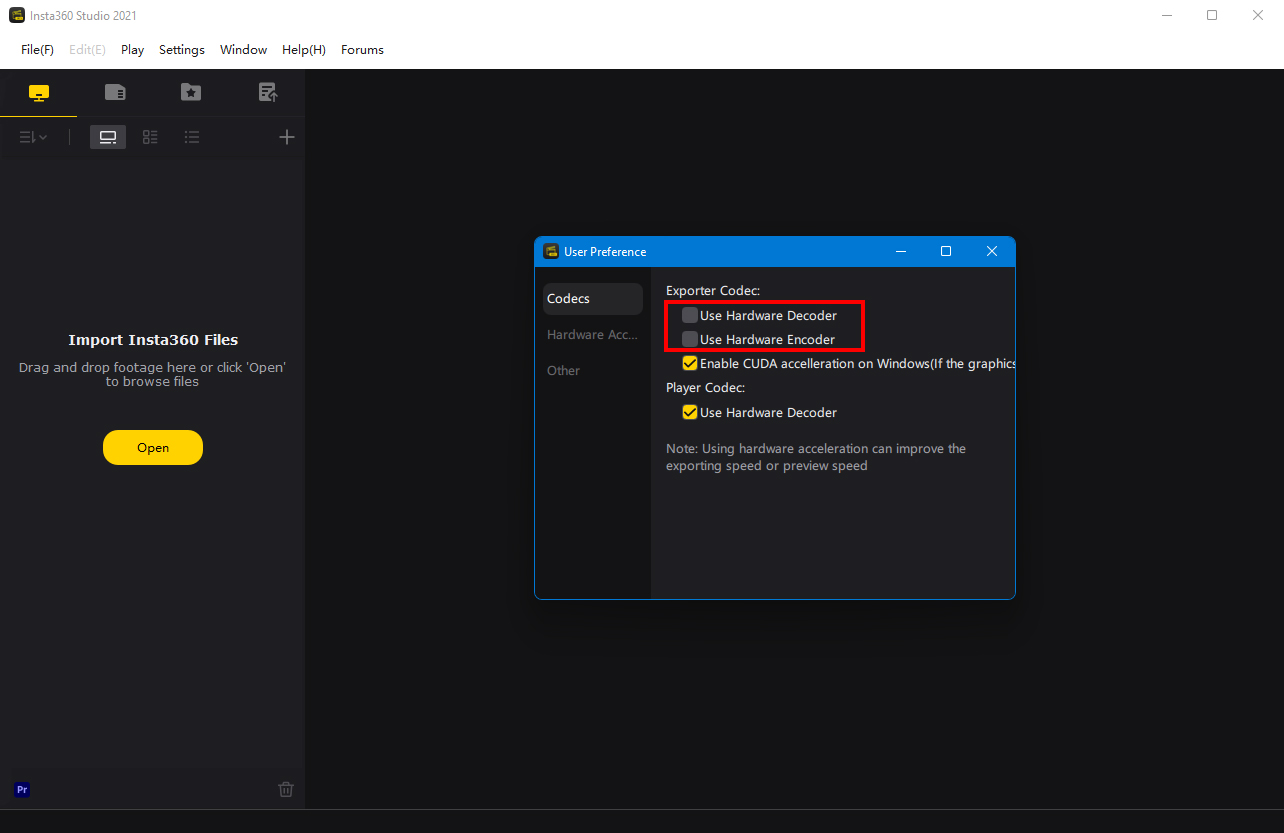 Although I don’t have too many issues with flickering like this it does happen from time to time. Thankfully, disabling the hardware encoder and decoder options solves the issue 100% of the time. Just remember to enable them again afterwards otherwise you’ll have slower exports all the time. You shouldn’t have to do this for every video, just the occasional ones.