If you have installed Halo Infinite on your computer but are having some issues with crashing to the desktop after a short freezing period. This article will show you several different steps you can take that should fix the crashing or at least reduce crashing substantially. Keep in mind that future patches and the final stable release should address this.

It’s been a long, long time since we have had a new Halo game and the first time we’ve had a Halo game debut on PC! If you’re a big Halo fan like myself you’ve probably been keeping up with the regular Halo Infinite flights (beta sessions). So far each and every Halo Infinite Flight has seen improvements made to the game, including some major graphical performance fixes, though Nvidia DLSS and AMD FidelityFX is sorely missed.

Annoyingly, even after all of these tweaks and changes Halo Infinite on PC still has a few stability issues most predominantly crashing to the desktop. Thankfully there are a few common steps you can take to address these issues so let’s jump straight in and start solving Halo Infinite crashing issues.

There are a few obvious things we need to get out of the way first. Most importantly you need to take a realistic look at your hardware. If you are trying to play with outdated gear that is right on the min spec line or below it, you’re not going to have much luck solving this problem.

Make sure you are using the latest NVIDIA or AMD drivers.

This is pretty straightforward and something that most gamers do on a regular basis anyway. However, if you haven’t done it for a while nows the time to check. If you are using NVIDIA gear open GeForce Experience and download and install the latest drivers that are available. If you are using AMD open AMD Radeon Software and do the same. Once you have updated your drivers, you shouldn’t have any more crashes or at least have fewer crashes.

Lower your in-game graphics settings, then build them back up slowly.

Another very good fix is to lower your Halo Infinite in-game graphics settings. Start from the absolute lowest settings (use the resolution you want don’t change this) Then slowly work your way up to higher graphical settings until you find the sweet spot where the game stops crashing.

Make sure you don’t have anything running in the background.

If your hardware isn’t that great you can try playing Halo Infinite using Game Pass Ultimates Cloud Streaming service. You can sign up for $1 to give it a trial. You will need a decent internet connection to get good results though. I’ve tried playing FPS games over WIFI and the input lag is quite big so you will want to use an ethernet connection if you can. 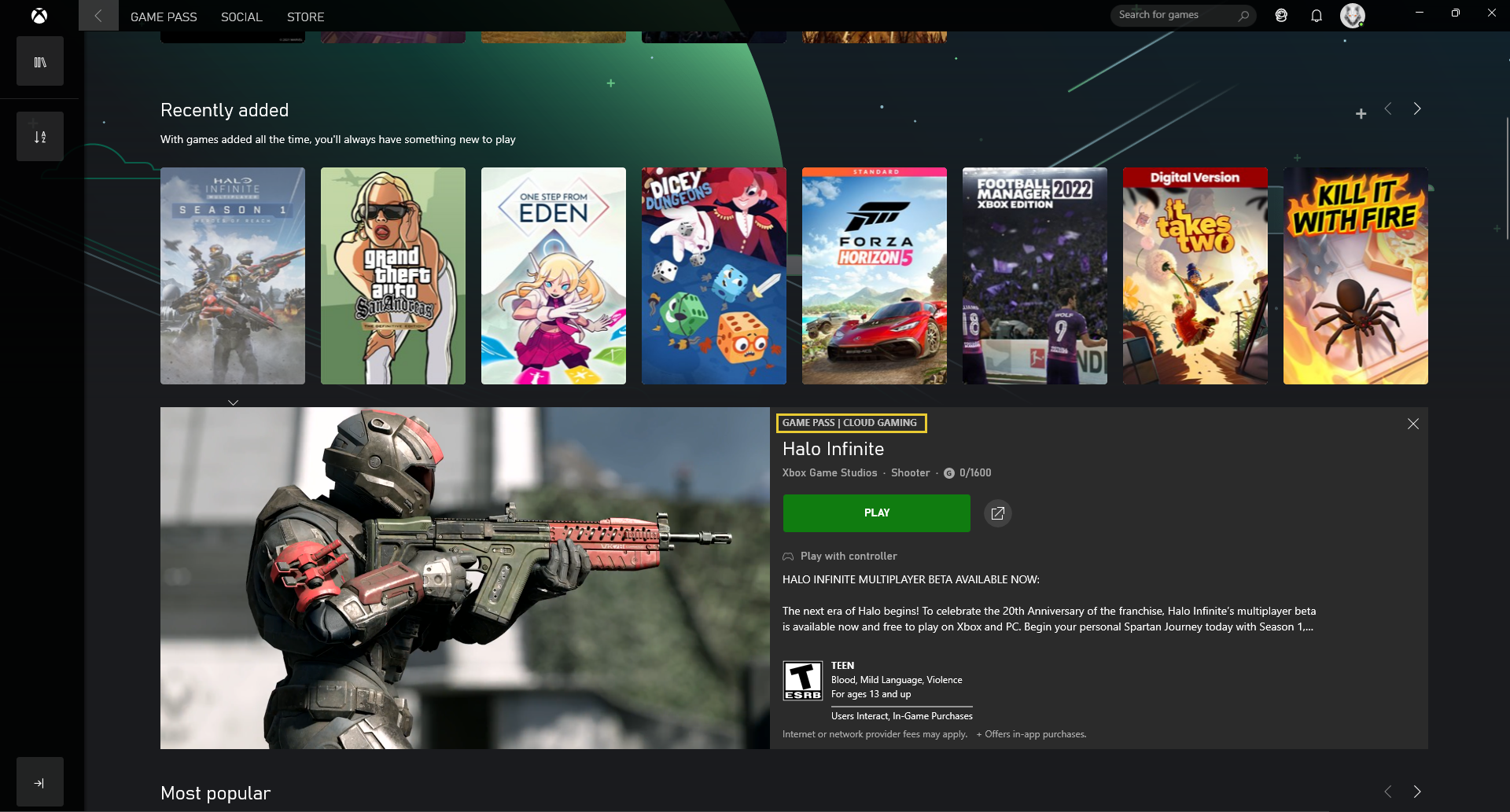