Will Google try to rival other streaming services? While demand for online music is steadily increasing, there is already a substantial number of the websites that offer listening without downloading.

Google is so well-established a company that it seems ridiculous for it not to make an attempt to join music streaming services. So where's the problem? As usually, it may be all about the money. Though now more than 5 million users all around the world subscribe to Spotify, the income is not so great.

This may be one of the main reasons for Google and Apple not entering the streaming market. Moreover, the problem of recording label companies which are not that much into selling music this way still remains an obstacle. That may be why Google Music – a project launched two years ago – is still in beta phase. However, it can change in the near future. 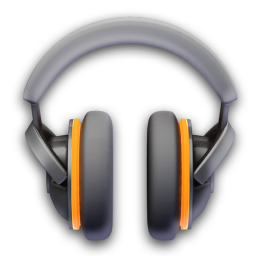 According to Financial Times, Google is currently talking to record labels, trying to start a service similar to those already offered by Spotify and Deezer. Of course, Google's plans are much bigger – the company would like to marry its service to YouTube – which is already full of not-so-legal music – and mobile devices via Android.

The whole idea of making money out of the service is also quite peculiar. Google would like to rely on ads rather than on subscriptions.

The service is about to be launched no sooner than in the summer. It seems that Apple also wants to take a step in this direction, so Google has to speed up – especially since Apple has already had iTunes. Taking into consideration the fact that the company from Cupertino had a lot of problems when talking to record labels a few years ago, the whole project may end up as a far-fetched fantasy. But time will tell.