How to remove old text messages on Android automatically

If you text with your friends often, soon your message app is filled to the brims with conversations. After a while, it may take up a lot of storage space as well as slow down the text app. Let's check how you can automatically get old messages removed to avoid text overload.

Many of us archive all the text messages - but the truth is, we do not need the majority of them ever again. Sometimes it is even better not to keep old text messages on the phone - you never know who might read them ;-)

To manage text messages, you can use the standard system application as well as Hangouts (Google chat and text messages manager). Let's see how to set the smartphone to remove old text messages in both cases.

In Hangouts, you can find the function for automatically removing text messages, starting from the eldest ones, anytime there is little storage space left. It is very easy to activate that function.

Open Hangouts and then bring up the menu in the upper right corner. Go to Settings and choose Text messages from the list. 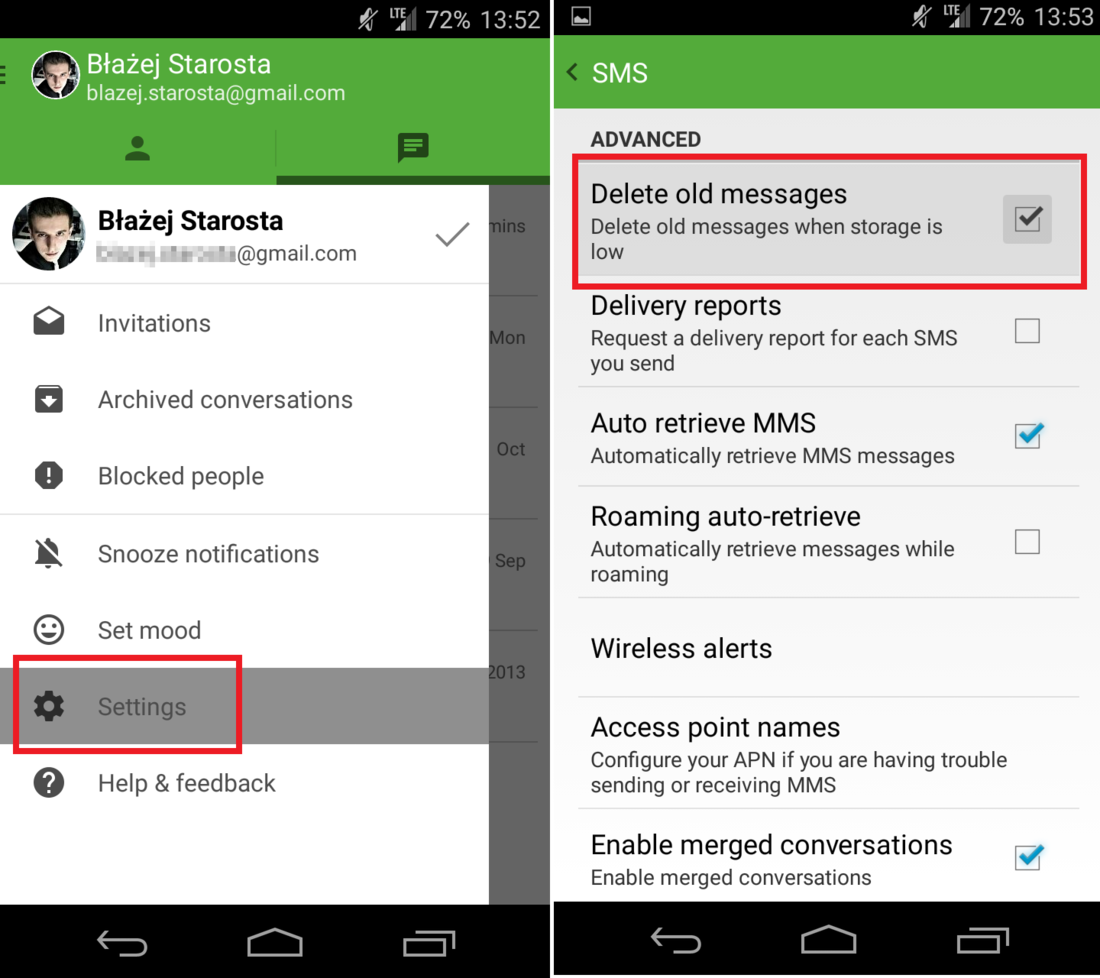 Among the options available you can find one saying "Delete old messages". Once you have marked that, the application will automatically remove old messages when there is not enough space on your phone. Unfortunately, Hangouts do not have any more advanced settings regarding removing old messages yet.

While Hangouts only allow you to remove messages automatically once there is little or no space left for new messages, in the case of default texting app there are many more options for personal settings and choosing text limits.

Texting apps differ due to differences between manufacturers, but the majority of functions should be available in the same place. Open the texting app, go to menu and choose settings.

In your phone's settings, there should be a tab called "Storage Settings". The first step you need to take is to mark the option "Delete old messages as limits are reached". Then, you set a limit for stored text messages - any excess texts will be automatically removed.

You can set limits individually for text and multimedia messages just below. Every message within a conversation counts as one, and every conversation has "its own" limit, meaning that you can have up to, let's say, 20 texts with John, 20 with Mary, 20 with Jane if you set the limit to 20.

Once the limit is reached and you get another message from a given person, the application will automatically release storage space for new message by deleting the eldest one in a conversation.