How to speed up or remove animations on Android

Animations displayed when switching from one screen to another have their fixed speed. There are many different launchers which allow to change how these animations look, but few people realize that there are some fundamental system settings which control the speed of animations. Such settings allow to globally speed up or completely disable them. 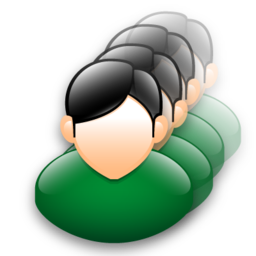 Animations, of course, give a nice touch to any operating system, but they can also lag older devices (pretty much everyone has seen how they can lag when switching between screens or in the applications list). There are also people who simply do not like animations or think they are sluggish and slow down the system.

Disabling or speeding up animations on Android

In Android you can find global settings which allow to meddle with animations displayed when, for example, switching screens or opening and closing apps. They are controlled by the system; therefore, to speed up or disable them you need to gain access to developer tools.

Developer tools are available from Settings menu (usually at the very bottom). However, if you have Android in Jelly Bean or KitKat version, then this tab is hidden by default and you need to activate it. To do it, go to "Settings > About phone" and look for "Build number". 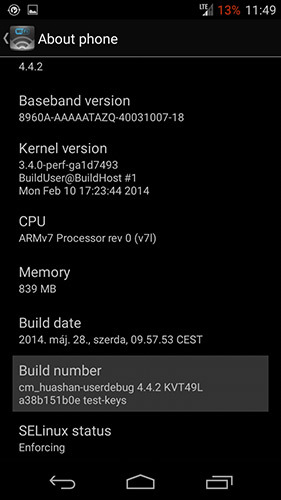 Hit the "Build number" button seven times. Once it has been touched seven times, the phone should display a message that "you are now a developer" and new settings have been activated.

Enter developer options and look for three options for animation management. They can be found in the Drawing tab under the names of "Window animation scale", "Transition animation scale" and "Animation duration scale". 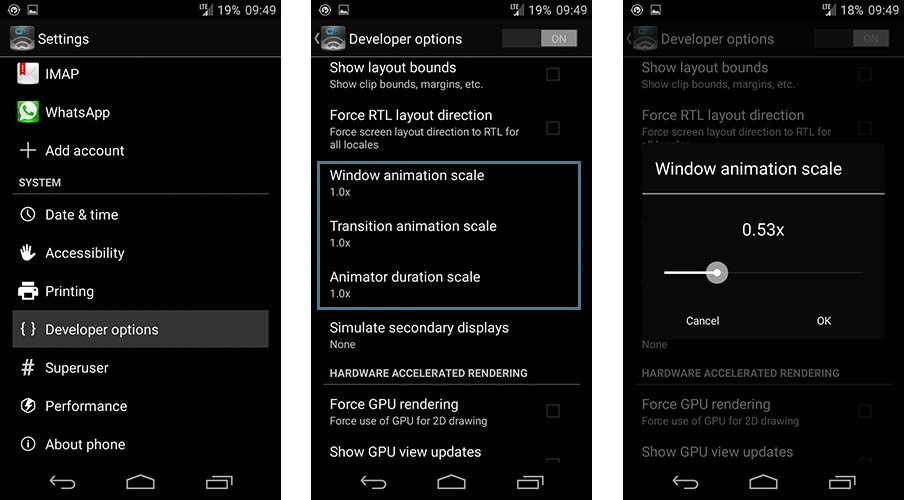 The default value for each of them is 1.0. By reducing that number to, e.g., 0.5x you will speed up animations (if you really want, you can also slow them down by increasing that value). If you want to disable animations completely, then set them to 0.0x everywhere. Changes are applied instantly.