Today new Firefox – version number 21 – is to be released. What can we expect from Mozilla this time? 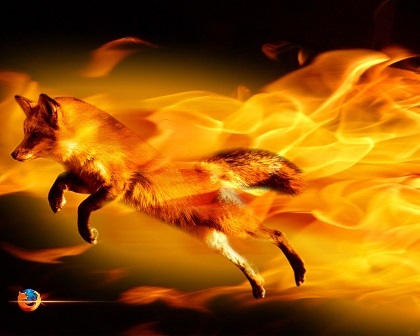 There is a number of changes that we can suspect have taken place, but since all we can rely on are the beta release notes some other modifications might have been implemented.

First of all, there have been some changes about the Do Not Track feature – an option that allows you to outline your tracking preferences. While for quite a while you could inform sites that you don't want to be tracked or that sites shouldn't be told anything at all, there was no feature for allowing sites to track you. This issue has probably been fixed within the new Firefox.

Secondly, the Firefox Health Report has arrived. This service allows Firefox to gather information about the PC configuration, browser customizations, browser performance and some statistical data, like crash counter and lenght of a session. What for? The Firefox Health Report aims at informing users about the overall performance of their browser, compared to other browser configurations, so they can improve their PC's performance and solve some unique problems with both software and hardware. Such information is stored on Mozilla's servers for half a year before it is removed, and it does not contain any sensitive data (such as IP address) that would make it possible to identify a user.

Moreover, there are slow startup warning features in the bottom of the window. How does it work? The script analyzes the startup time of Firefox and, should a threshold be reached, it displays a notification that can redirect you to Mozilla's troubleshooting site.

The proprietary H.264 format is now supported indirectly by Firefox, which means that the browser makes use of this feature if the host operating system supports it. In the future versions of Mozilla also Vista and XP users are supposed to receive support, while there is nothing mentioned about availability for Mac and Linux.

Finally, there are some tiny, cosmetic changes to Firefox, such as graphic performance improvements, and Web Audio API Support.

Mozilla Firefox can be downloaded from Internet browsers category on our website.

How to create a desktop shortcut for specific Firefox profiles.

How to fix or bypass 403 Forbidden Error when accessing a page.

How to fix Firefox not opening. Even after a clean install.