Does it make sense to update your BIOS?

Regularly updating the programs and drivers installed on your computer is a must according to the majority of IT specialists - all to eliminate security threats and make the system more stable. However, does this rule apply to the BIOS?

BIOS (Basic Input/Output System) is a set of rudimentary programming procedures that are responsible for the cooperation between the operating system and your PC's components. Among BIOS's tasks is controlling your computer in the first moment after it has been turned on.

BIOS is placed in your comptuter's ROM (read-only memory) that is located on the motherboard. Updating it is much more complicated than installing a new version of an office suite or an Internet browser. You should only decide to have an update under some specific circumstances.

And why is it? Well, every BIOS update is risky - ROM can be damaged, or BIOS version may turn out to be incompatible. What are the consequences? Quite dire: you will no longer be able to launch the computer, even not in the Safe mode or from a CD, DVD or a bootable USB stick. 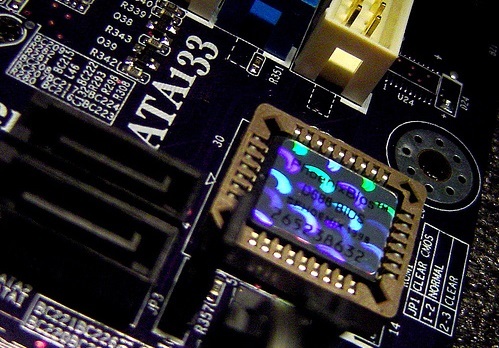 You should update your BIOS if there is a problem with your computer (and usually that's a hardware problem) and we have no doubts that BIOS is responsible for those issues. The first step you should take when updating it is checking up the version of your current BIOS.

To do it you should hit the hotkey [Ctrl]+[R] and in the Run... panel type in regedit. In a newly opened Registr editor you should go to the subfolder of Computer/LOCAL_MACHINE\HARDWARE\DESCRIPTION\System/Bios.

Here you can find two keys - SystemBiosDate, BIOSReleaseDate (or a similar one) along with SystemBiosVersion, BIOSVersion, or similar. BIOS version may be written down traditionally (described with a row of numbers) or it can contain additional information.

In my case this is my laptop's model. BIOS version is K53SV.315. This means that that BIOS version is addressed to a specific series of computers, so you should take it into consideration when looking for a new version.

You should always download you new BIOS version from the website of the laptop's or motherboard's manufacturer. Pay attention to the numbers - it is of a paramount importance to choose the right version. When reading the description of a release look for information about hardware issues in your computer.

Users who are less technologically advanced should use dedicated software when updating their BIOS. For example in case of ASUS laptops there is an Asus LiveUpdate application. Desktop computers users should usually be able to get an executable file from their motherboard's manufacturer's website.