Firewall– is it really necessary?

Many antivirus vendors are trying to convince us that we need a third-party firewall system. Of course, firewalls are an important components of security software, however additional firewalls are usually paid. But the truth is that even Windows XP Service Pack 2 comprises its own solid and seamless firewall system. So, installing additional software doesn’t really make sense. 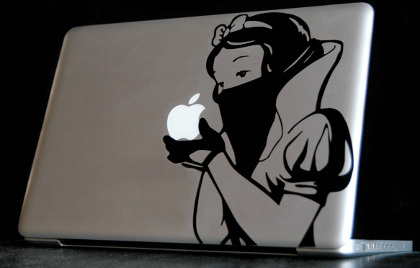 What is a firewall?

The main function of a firewall is to block suspicious incoming connections. System Firewall is an important piece of software on laptops, which are often connected to the unknown, public and often virus-infected networks. For example, the firewall will allow access to the shared files and incoming connections when connected to a secure and trusted home network, but if you connect to the public network such in a shopping mall or cafe, the the too will refuse to connect to such network or block it.

Overall, a firewall allows you to block connections to potentially dangerous sites, services, or devices, and monitors Internet connection.It is the first obstacle for viruses and malware. Before Windows XP SP2, computers connected to the network without any security software usually became infected within the first few minutes. Such worms like Blaster were automatically connected to unsecured computers- without a firewall system, Blaster come in to the system without any problems.

The Windows Firewall does exactly the same job of blocking incoming connections as in the case of other products of its kind. Additional firewalls such as the one Norton offers Firewall. While it is true that the system utilities run in the background and does not inform you that they are working, external software displays pop ups every time it performs an action, but in fact, the effectiveness is at the same level.

Remember that Windows firewall system (since XP SP2) is automatically activated after system installation and should remain in this state until you install a third-party software. It should be mentioned that once you disable firewall, it may cause serious problems and your computer can easily get infected. To turn off Windows firewall, just go to the "Control Panel", select "Windows Firewall" and then click on "Enable or Disable Windows Firewall” on the left.

When firewall is active, every new program that wants to receive incoming connections, will display a dialog and prompt you for permission. You are to decide, whether you want a program to connect to your network or not. When a firewall is off, the user will be informed if any malware or virus want to access the system.

Is it really necessary to install a Third-Party Firewall?

Yes, but only in some cases. As we have mentioned before, Windows firewall system does its job well and there is no need to disturb it. Beginners will be pleased with the ease of use and efficiency, however more advanced users will probably discover a lot of limitations. Windows Firewall hides some powerful features under the hood, but they are difficult to access.

For example, most third-party firewalls lets users easily control which applications installed on your computer can connect to the Internet and which do not have such access. It is true that advanced users may be appeased with such possibility, but beginners can encounter some problems - blocked program will not be able to connect to the network while looking for updates, bug fixes or new features. In addition, each newly installed program asks for permission to access to the network through the firewall every time when it wants to connect. It may be sometimes frustrating, especially when using multiple programs linked directly to the Internet –like instant messengers, media players, email clients, and so on.

Nevertheless, if you want to have total control over which programs can connect to the Internet, you’ll probably need a third-party firewall. Although they are sometimes cumbersome and bring unnecessary complexity, they offer more advanced configuration options. However, if you prefer peace and order, the Windows firewall is a trustworthy tool that will do it’s job of blocking incoming connections as good as other firewalls.

Create your own security suite for free.

Save your time with Windows 8 keyboard shortcuts