How hackers get their hands on your passwords?

Apart from credit card numbers passwords are what hackers and cyberthieves look for. They allow them to access all your sensitive data, such as the address, PayPal account number and phone number. How these black stars obtain access to your codes, exactly?

The first method is called password recycling. User passwords are stolen en masse from a specific service (such as Dropbox). A document containing all that data (passwords and usernames) is then put onto some shady website.

Other hackers download such a list and try to use it for their own needs. Most often they look for it on another websites (such as Facebook and Gmail) for the same usernames (they are often re-used by the internauts), and then they check if these connected passwords are working

Another method involves Wi-Fi sniffing - listening to the traffic in insecure home networks and public Wi-Fi hotspots. This method is extremely easy to do - all a hacker needs to do is to install a program on the device to catch some data parcels. 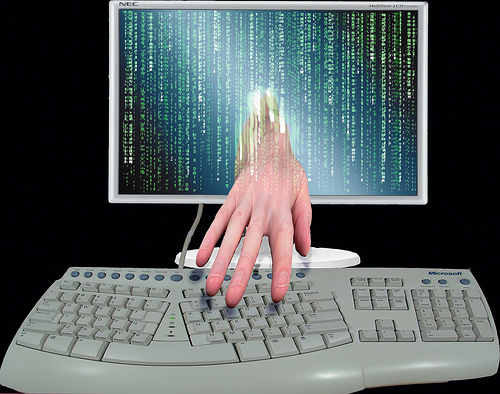 To keep your passwords safe and sound you should always use secured hotspots, use virtual VPN networks, or simply not use the services that require logging when using a public Wi-Fi.

Another way of getting your password is due to security questions and reminders. Cyberthieves will be able to log into your account in any service (provided they know you login). Such a person can activate the password reminder feature, and use the question to reset your password. If you take a part in, for example, stupid Facebook quizzes, then someone may guess the answer quite easily.

Another way of obtaining passwords is via dictionary attacks. They work where there is no automatic account block after providing the website with an incorrect password a few times. A hacker launches the script that attacks the logging website with thousands of combinations every second. It begins with most popular words.

That's why it's good to have a long and complicated password. A code such as "12345" will be broken in a couple of seconds; "845kft" may last for a few hours, while "jdkrk74jf*&jfy5" would take the script several years to break.

The last method of obtaining passwords is by infecting the computers with malicious software. Keyloggers are the most effective method of getting anything you type on your keboard. E-banks fight with keyloggers by asking their users to provide them with only some characters of their passwords.