How to fix EA app error 10005 when installing games via the Xbox app.

If you are using the EA app on Windows 11 rather than the Origin app, you’ve probably come across quite a few different error messages. Including error 10005 on Windows 11. Something went wrong… EA Desktop encountered an unknown error. Try again a bit later. Error Code: EC:10005. If so, follow along as we guide you through several different fixes.

Related: How to fix EA app error “There was a slight hiccup and we couldn’t finish installing”

Electronic Arts (EA) are traditionally known as the worst company in the entire gaming space and rightfully so. They have a long-standing track record for worshipping profit over everything else, ruining amazing games, gaming sagas, and acquired companies, all for the sake of maximising their bottom line. As well as all of this, their flagship gaming service Origin has been a total flop because of its lacklustre performance, tiny offering and horrendous customer support.

In order to start fresh, EA has released a brand new gaming client called the EA app which is currently in its beta phase and testing. As is expected, it’s also a steaming pile of garbage that is riddled with problems and error messages, some of which we have already covered here. Expanding on that this guide will cover EA app error “Something went wrong… EA Desktop encountered an unknown error. Try again a bit later. Error Code: EC:10005.” An error that occurs most often when trying to install games through the Xbox app and Game Pass on Windows PCs.

How do you fix “Something went wrong… EA Desktop encountered an unknown error. Try again a bit later. Error Code: EC:10005.” when installing from the Xbox app.

To begin, there are a couple of quick and easy steps you can take to resolve this problem. First, make sure that you have restarted your computer and your router/modem. Once you have done both check to see if the problem has gone away.

Clear the EA app cache to fix error EC:10005. when installing from the Xbox app.

Clearing the EA App cache is another quick solution that may help solve this error.

Once the process completes, you should be able to install games using the EA app without any issues. 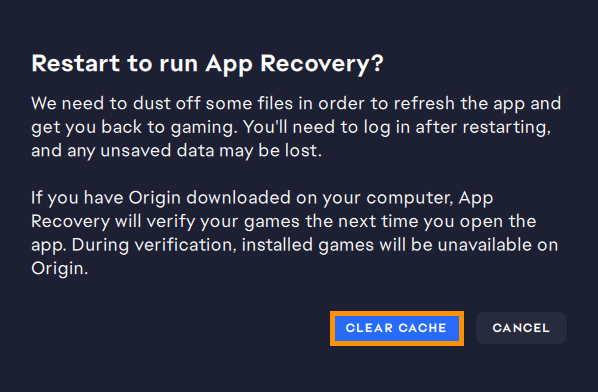 Repair and/or Reset the Xbox app.

As this problem is also partially linked to the Xbox app you can try repairing or resetting the Xbox app on your computer. The steps below will show you how to do this. 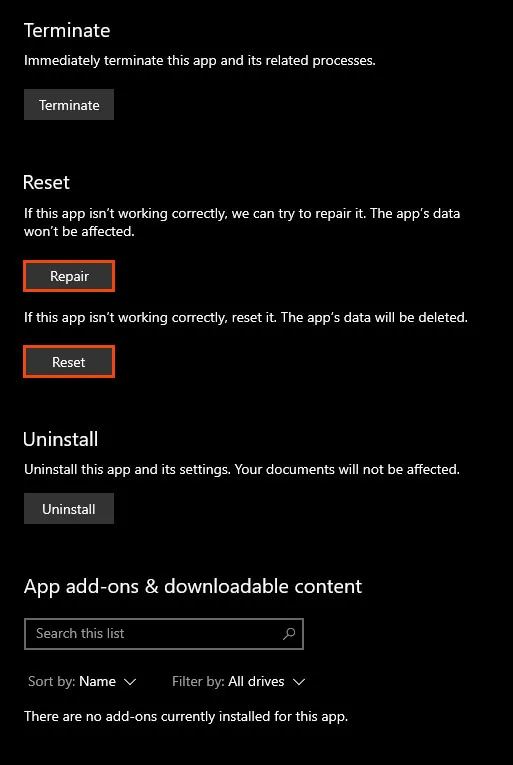 Uninstall and reinstall the EA app on your computer.

If nothing so far has solved “Something went wrong… EA Desktop encountered an unknown error. Try again a bit later. Error Code: EC:10005.” You’re going to have to uninstall and reinstall the EA app on your device. This will give you a clean slate to work from and allow you to install games without issue. Unfortunately, you’ll have to reinstall all the games you had installed which will use a fair bit of data. So make sure you have the data before you go through with the uninstallation process. 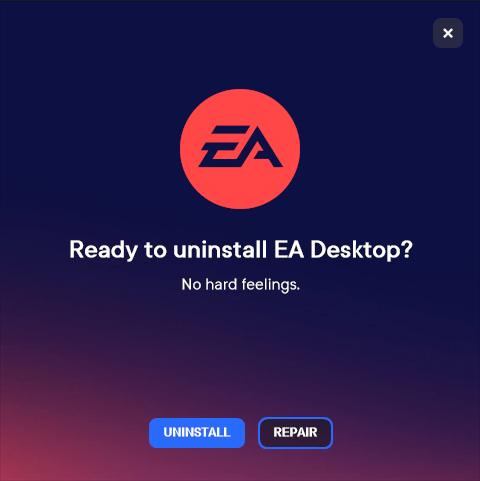