How to fix Firefox low FPS after updating to Proton.

If you are using Firefox and have recently updated to Firefox Proton but are now getting worse FPS than before when compared to Google Chrome or another browser. This article will show you a couple of different things you can do to make sure that Firefox is running at the same refresh rate as your monitor.

Related: How to make Firefox open New Tabs at the end of your tabs list.

It has been a long time since Mozilla updated Firefox’s entire user interface, with the latest update way back at version fifty seven, that’s an entire thirty two versions ago! After a long time coming Firefox version 89 has finally been released and features an entirely new user interface and a lot of changes under the hood.

Although a lot of people are having mixed feelings about the UI change, particularly the tab bar being so wide, I think this is the best user interface that Firefox has ever had, though I am using it in dark mode on a 21:9 2k monitor so it looks quite different in comparison to a 16:9 1080p monitor. All that aside, people are having some performance issues with Firefox Proton as well, particularly with frames per second when compared with Google Chrome. Generally, this doesn’t affect anyone using monitors at 60FPS, but you will notice it on 120 and 144hz monitors.

Thankfully, there are a couple of things you can do to resolve this issue until Firefox addresses the issue on their end. If you’re wondering how to fix YouTube playback issues (stuttering and choppiness) we’re still trying to figure that one out at the moment.

Before you start any of the steps shown below make sure you have gone into Settings > System > Display > Advanced Display Settings and checked that Windows is set to 144hz. It should be done automatically but it’s best to double-check as Windows updates cause all sorts of drama. 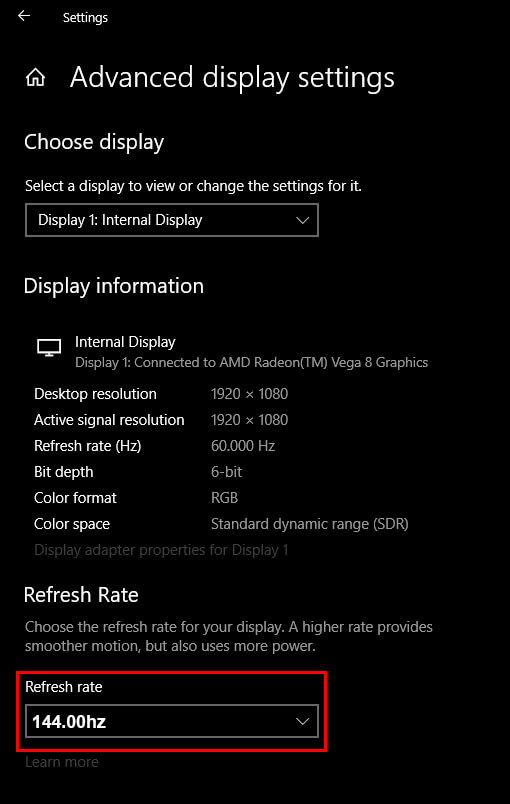 How do you fix low FPS in Firefox after updating to Firefox Proton?

After you have checked and made all of the above changes, Firefox should start working at 144hz instead of stuttering and inconsistent 60-70 FPS average. As for the YouTube issue, I think we will be waiting a little while longer for Firefox to push out an official fix. Google is constantly optimizing YouTube to work best in Chrome, so Firefox occasionally breaks as a result of changes.