If you are using Windows 10 and have an AMD graphics card, there's a chance you've probably encountered the following error message: kdbsync.exe has stopped working. If so, this article will take you through several different troubleshooting steps you can work through to fix the problem and remove the error message for good. 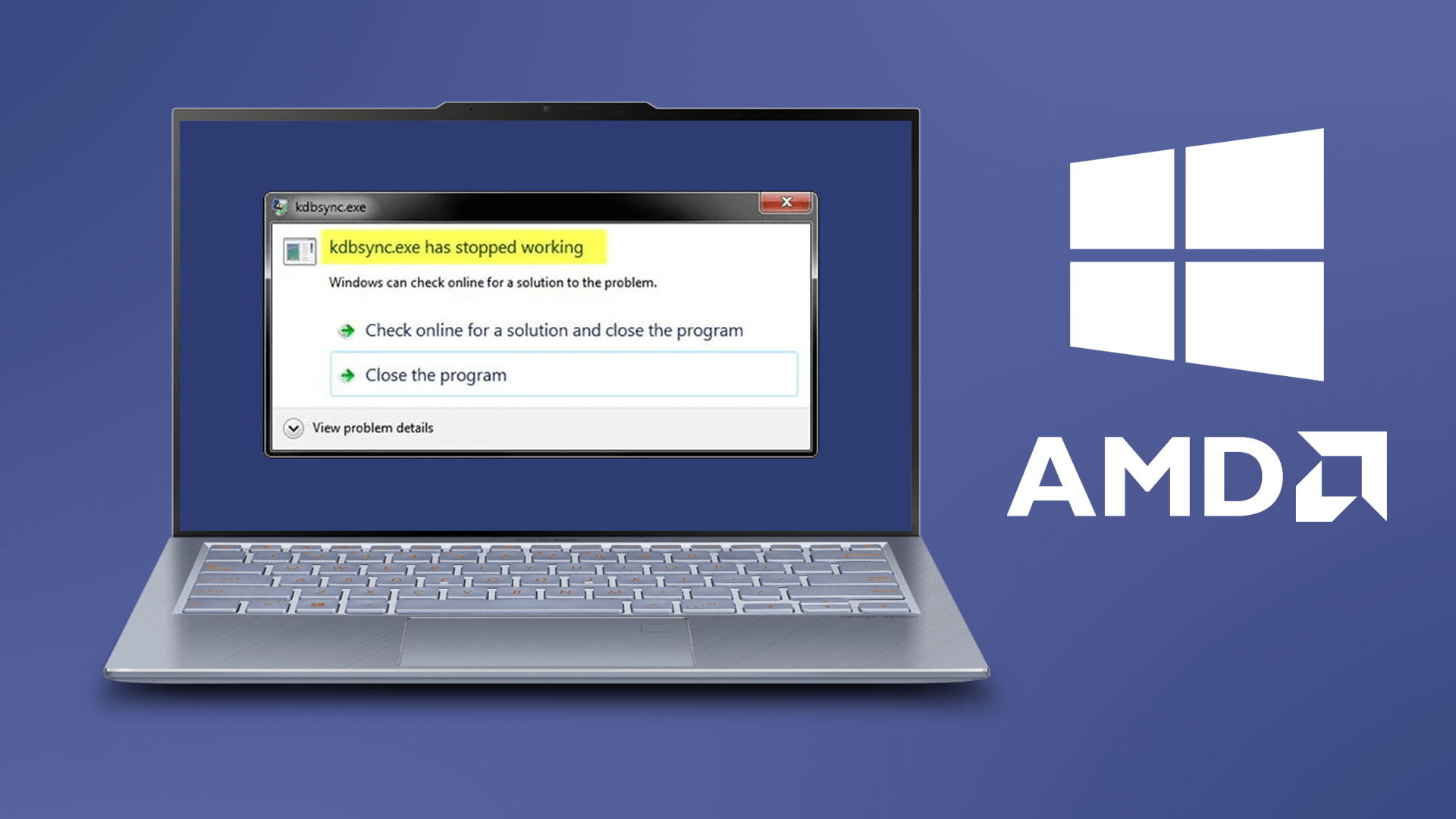 Windows 10 has a lot of different error messages it can throw at you at any given time. Blue screen of death (BSOD) errors are probably the most well-known error type, however, graphical errors such as “kdbsync.exe has stopped working” are right near the top of the most annoying error messages.

kdbsync.exe has stopped working is exclusively an AMD graphics error and stands for Kernel Database Synchronization (if you want to Google it in more detail) It's a software error linked to Video Transcoding and generally occurs whenever media files are being accessed or viewed on your system. Oddly, there have been instances where kbdsync.exe has registered as a false positive in antivirus tools but that isn't what's causing the issue this time around. Below is a shortlist of the fixes you'll find below. I suggest following them in order as they are listed by ease.

To begin, the first thing you'll want to do is check if there are any updates available for your Graphics hardware.

On the odd chance that a graphics driver update doesn't fix error: kdbsync.exe has stopped working. You can completely uninstall your graphics drivers and start with a clean install. Before you do a clean installation, you'll need to download the latest driver version so you can install it after you have uninstalled your older drivers. Trust me it's easier to do it in this order.

If you are still getting this issue after trying both of these steps, I suggest trying an older Graphics driver. To do this visit the AMD support page again and find a driver version that is a few versions older than your current version. I usually like to go back bout 6 months at least. Once you have downloaded it. Disconnect from the Internet, run DDU (as shown above) then after a system Restart, install the driver.

How to make your browser use Windows print options by default.

How to disable Audio, Video, and Screen Capture in Microsoft Edge.

How to enable Shopping Coupon Finder in Microsoft Edge on Android.

How to make your browser use Windows print options by default.

How to Force Microsoft Edge to use Google SafeSearch. (Always block R18+ Content)

How to disable Audio, Video, and Screen Capture in Microsoft Edge.

How to set your Android phone to switch to silent mode when on charge.