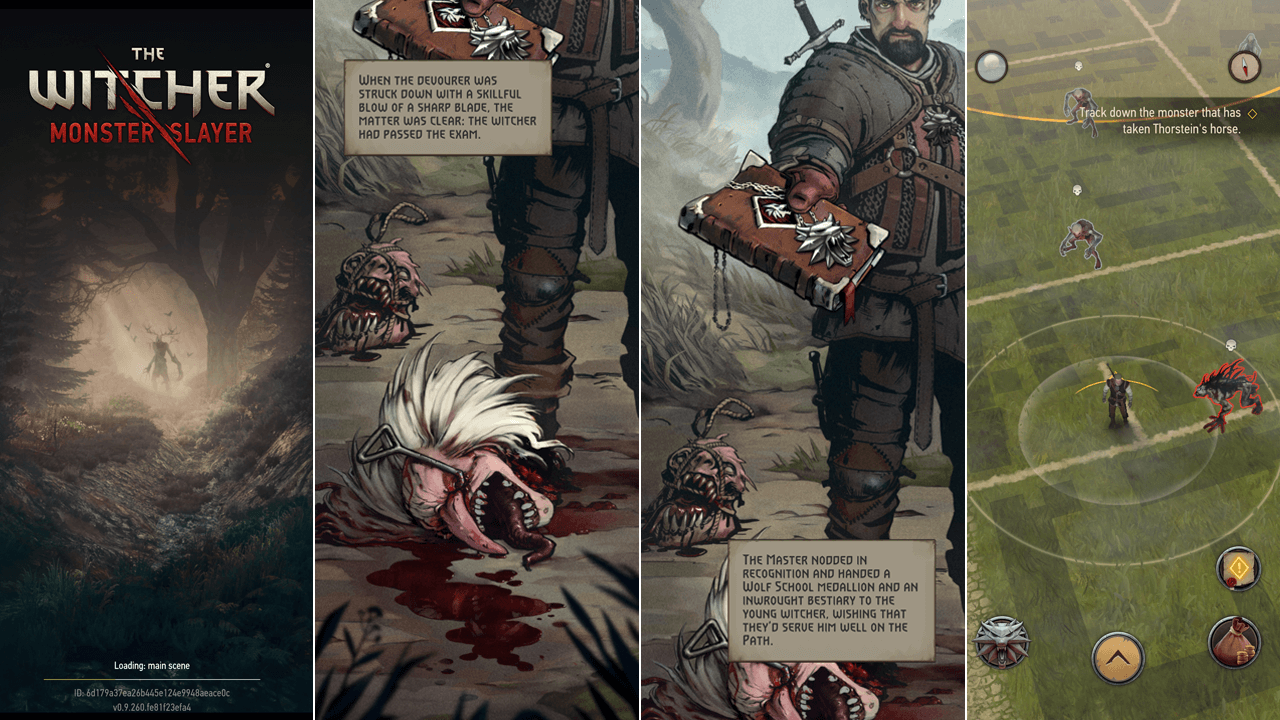 Related: How to use Game Booster Mode on Samsung devices.

With mobile gaming now the fastest growing sector of gaming on the planet, it’s no surprise that most game developers are releasing mobile variants of their biggest game franchises. Over the last few years, we’ve seen PUBG: Mobile, Call of Duty: Mobile, Genshin Impact, Diablo: Immortals (coming soon) all break popularity records in a range of different regions and categories.

With the success and ongoing popularity of Pokemon Go, CDPR, the developers of the Witcher video game series have released a mobile Witcher game that follows and works on the same real-world, augmented reality system as Pokemon Go. As we are sure you all know the concept of AR games, we won’t delve deep into the basics, however, we will show you how to download and play The Witcher: Monster Slayer right now, regardless of where you are in the world.

How do you get The Witcher: Monster Slayer mobile game from any location?

As is typical of most mobile game releases, The Witcher: Monster Slayer mobile game is region locked to Australia for early release testing. However, there is a quick and easy way you can download it from anywhere in the world (at least at the time of writing). Unlike most other processes that simply require you to use a VPN to switch locations. This method is a little different and requires a direct link to the Australian Play Store download page as well.

If you haven't used a VPN before, the process isn't as complicated as you might think. Most modern VPN services now have easy to use apps with very simple interfaces that let you set up and connect to a range of different servers within minutes. Like most people though, the thought of using a free VPN service is always one that comes first, however you need to consider what you are exchanging for the product to remain free. In most cases, this is your data (all of it) so think twice before picking one of the many free options. For more information regarding VPN's and VPN set up on Android devices, check out the short article linked below.

How to set up a VPN on an Android device.

Once you are on the page tap Install and the game will download to your device. When you have The Witcher: Monster Slayer installed on your device, you can open it and play it without the need for a VPN. The region lock doesn’t seem to block anything other than the initial download. I’m currently living in Europe and have been playing the game since release without any issues.

What is the gameplay like in The Witcher: Monster Slayer?

Although I haven’t really played all that long, gameplay follows an almost identical system to the original Pokemon Go tracking one. You are required to track and follow monsters to their location using augmented reality and a trail of footprints. Once you have tracked down a monster, the task is simple! Slash and block as fast as you can while throwing potions, bombs and signs to get extra damage.

The most important thing to watch out for are high-level monsters, which appear with skulls above their heads. 99 times out of 100 you will be killed by these creatures, even if you are a swordmaster with a stack of bombs, potions, and oils. Although some of the monsters are quite hard the biggest threat in the game will probably be the microtransactions and cost. At a quick glance, there seems to be a lot of them and they aren’t cheap. So progress might come at a price. 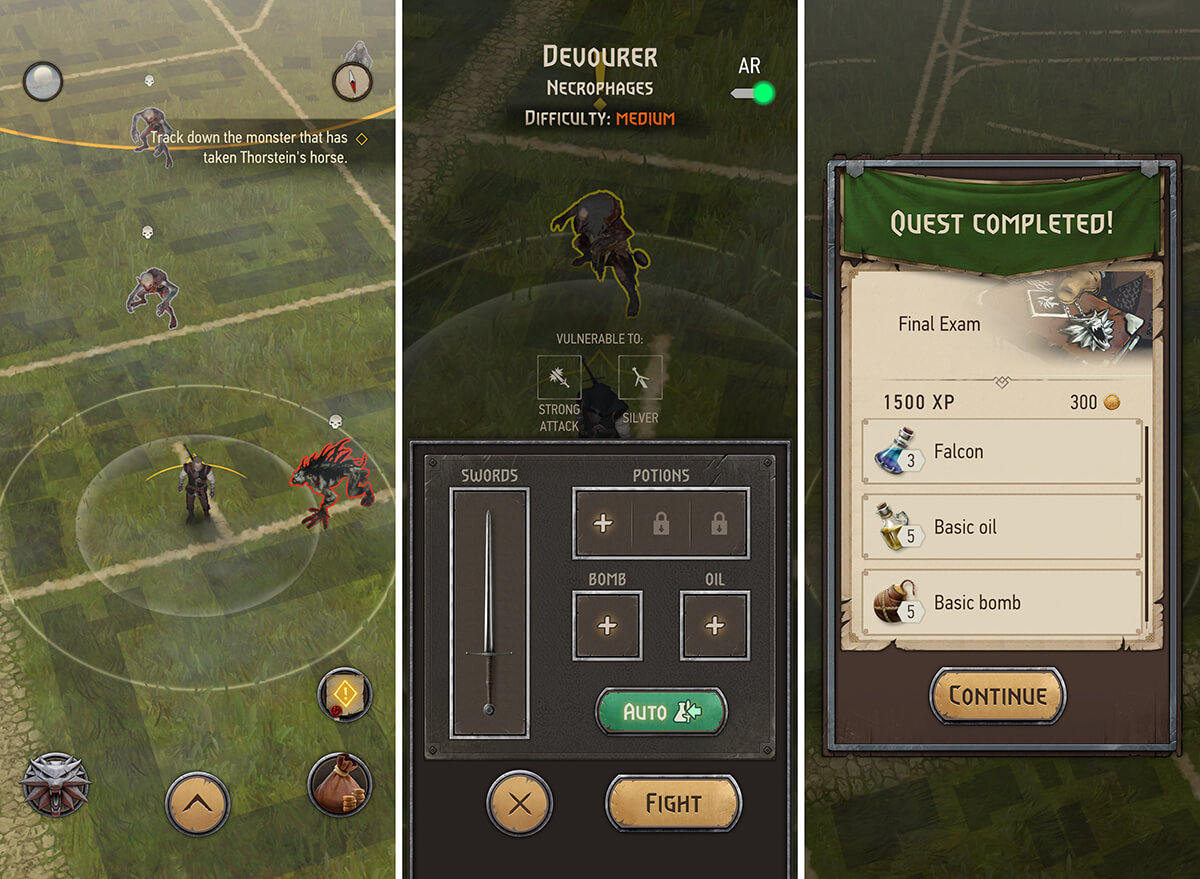