How to install and play Netflix Games.

If you have a Netflix subscription and would like to check out some of the games currently available to play using the service. This article will show you a couple of different methods you can find, install and play Netflix games. For the time being the games are pretty basic but in time we should start to see the library gain some really interesting titles.

Related: How to Stream Netflix over Discord.

For the last several months Netflix has been testing gaming on its platform in Poland. As of today, however, games are now officially available to all Netflix users who have an active subscription. The feature is still currently in the rollout phase so if you don’t see it yet don’t stress, they are coming! But if you don’t want to wait there is a quick workaround that you can use to start playing these games straight away.

Before we jump into the how-to of playing games on Netflix it’s important to understand how different the system is from what most people are expecting. First of all, all the games that Netflix currently offers are listed as standalone games on the Google Play Store which means they can be played and managed as standard Android apps, you don’t have to do anything within the Netflix app if you don’t want to.

The current list of games available to Netflix subscribers.

How to find and install games from the Games section of the Netflix app. (Android & iPhone) 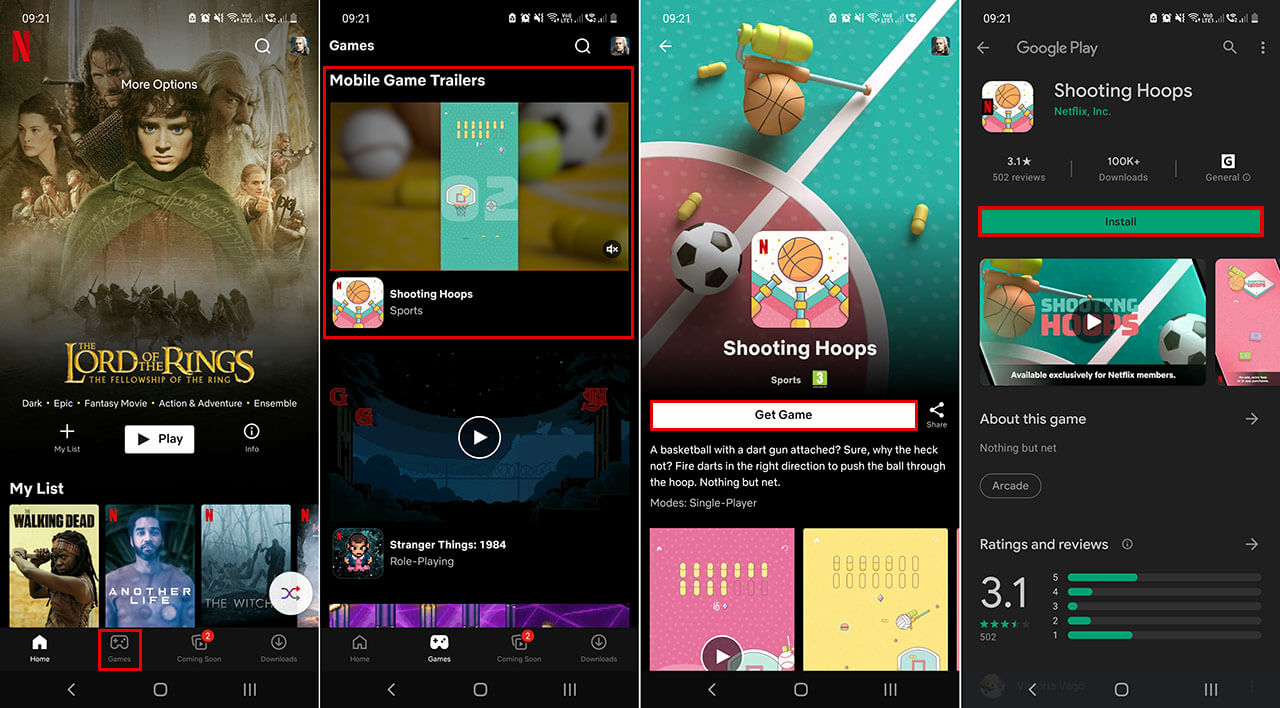 How to find and install Netflix games from the AppStore or Google Play.

In the event that your Netflix app does not show the video games section, you can still find, download and install them through the official app stores.

If you want to skip the Netflix app entirely, you simply have to search the game using the standard search tool, then download it as you would any other app. Below are the Netflix games you can search for.

Note: Check that the developer is Netflix. If it isn’t it’s not the correct game.

Once you have downloaded and installed any of the games they will appear on your device the same as any other app or game does. You can also manage them in the same manner. So if you wish to uninstall Netflix games simply tap and hold their icon and select Remove/uninstall and the game will be removed from your device.