How to remove the white bar down the side of Chrome Mobile. (Android & iOS)

If you are using Google Chrome on your Android or iOS device and occasionally have issues with a white bar down one side of your screen that doesn’t go away. This article will show you a few different troubleshooting steps you can take to resolve the issue. As far as we are aware, this is generally caused by a bug in Chrome that doesn’t like screen rotations. 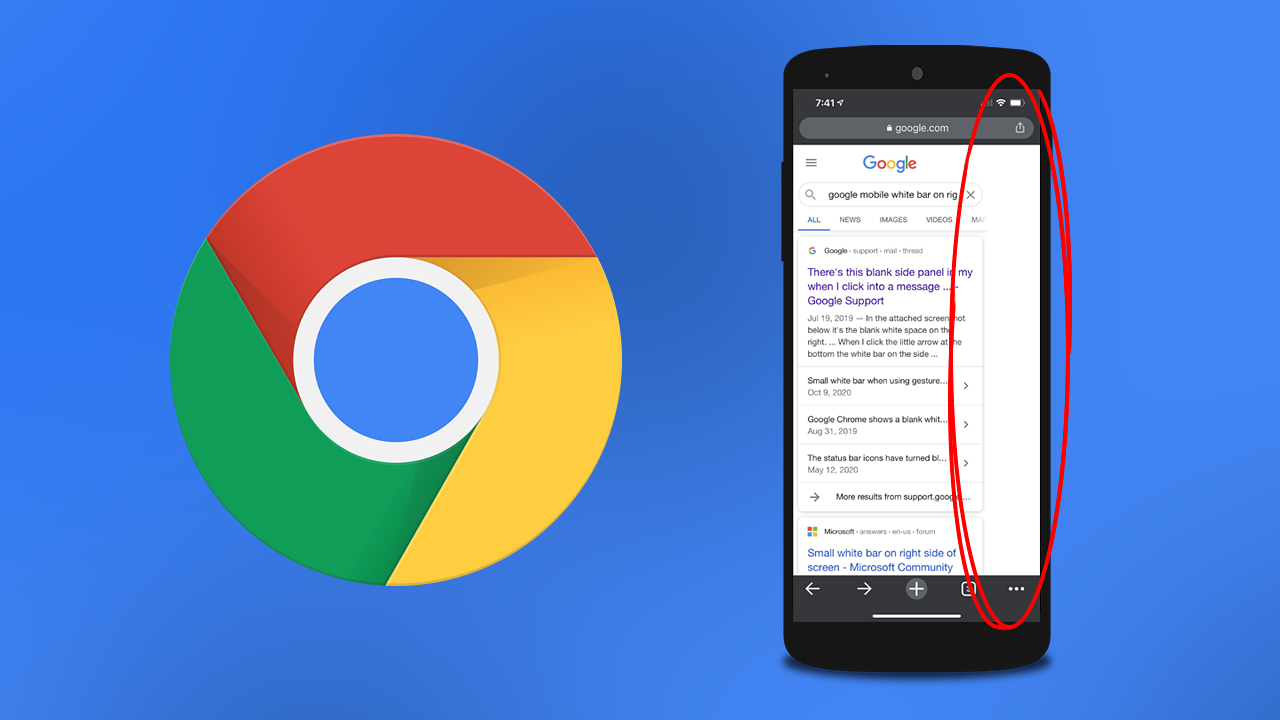 Related: How to remove the puzzle icon from all Chrome Web Apps toolbars. (PWA)

Google Chrome on mobile is one of the more stable mobile browsers on the market and doesn’t generally suffer from usability and interface issues. At least if you are using the stable release version and not Canary. For the last six or so months, however, there has been a rather annoying bug that randomly occurs, which causes Chrome to shift its displayed content to one side (usually the left) leaving a white bar down one side of your screen. This happens on both Android and iOS devices.

As far as we are aware, this issue is ongoing and seems to be linked to a device's screen rotation settings. For example, if you have auto-rotate on and switch between vertical and horizontal positions quickly and repeatedly, Chrome sometimes gets a weird idea of how things should be displayed, causing it to shift content to one side. Below is an example of exactly what we mean. 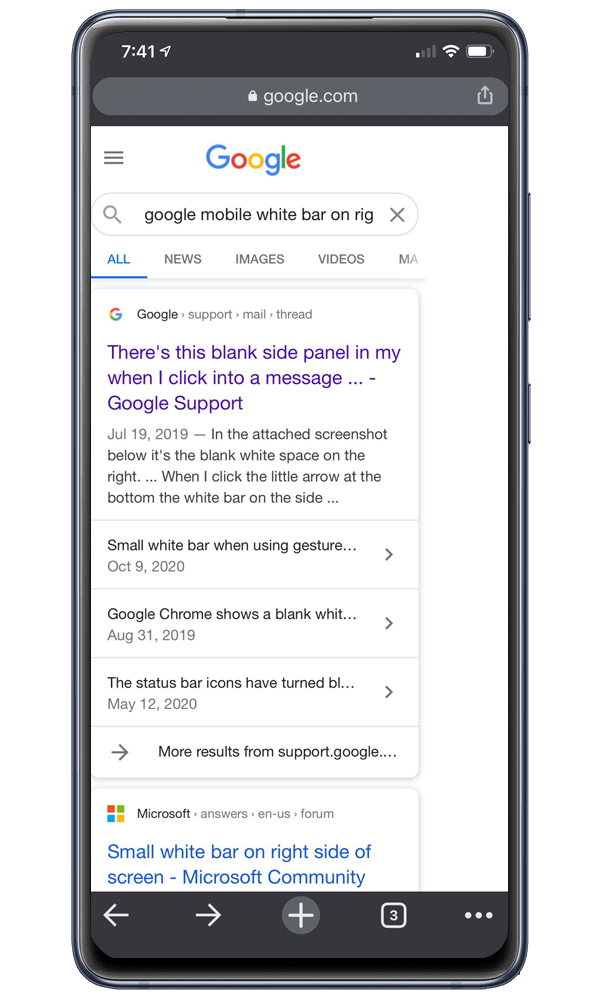 Thankfully, there are a couple of fixes you can use to resolve this problem. Though none of them are permanent sadly. This issue will need to be patched by Google to remove it entirely. Until then, however, you can do the following if you get stuck with a white bar down the side of your screen when using Chrome.

Chrome white bar down the side fixes for Android and iOS:

How do you fix the White bar on the side on Chrome mobile? Android & iOS.

As we mentioned above, this issue doesn’t have a proper or permanent fix at the moment so the first thing you are going to want to do is keep checking for Chrome updates. Most people should have their accounts to auto-update, however, if you don’t just check from Chrome updates from time to time and install them as they appear. Until an update addresses the problem you can do the following to remove the white bar down the side of chrome mobile. 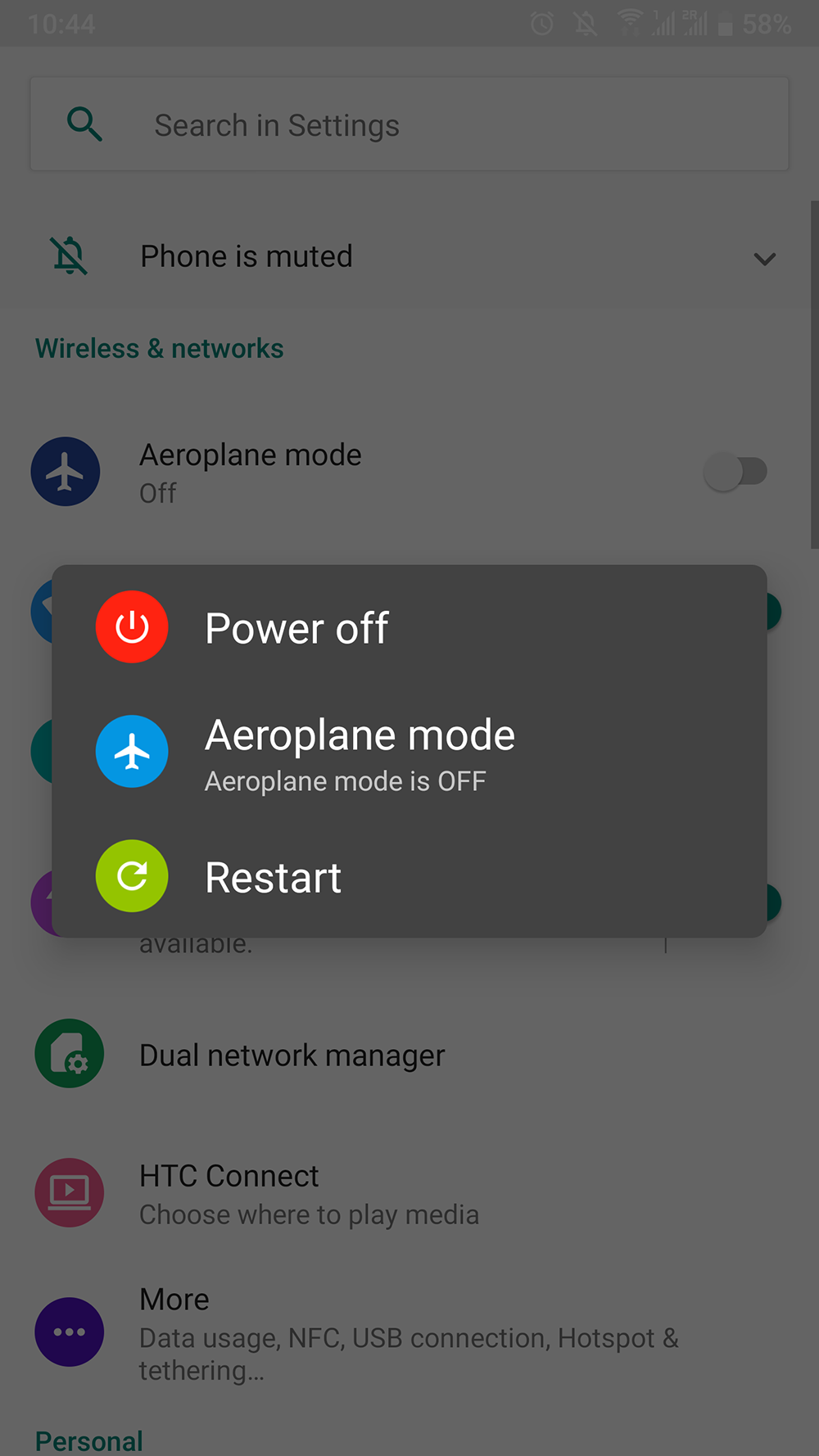 As we mentioned above, the most important thing you can do regarding this issue is to wait for Google to update the mobile version of Chrome.

How to use Athenascope playlists as your ‘Be Right Back’ screen on Twitch or YouTube.

How to automatically create highlights from games like Apex Legends, Fortnight, Valorant.