How to turn on and use Spotify Voice Controls. “Hey Spotify”

If you like to use voice commands to control as many things as possible in your life, you’ll be happy to know that Spotify now has full voice command support on mobile devices. Although it is currently off by default it can be enabled really easily, so follow along as we show you how to activate "Hey Spotify" on your device.

Even if you aren't actively using the feature, all Android and iOS devices have handy voice assistants that allow you to control most aspects of your device using your voice. Google Assistant on Android devices and Siri on iOS devices do a good job of this, however, they are restricted to certain areas of your device and don’t work across all apps. As a result, it hasn’t been possible to control Spotify using either service.

Recently, however, Spotify released a new update that implemented their own voice control software that allows you to control music and podcast playback using specific voice commands. Although this feature is rolling out on Android and iOS devices globally, it isn’t enabled by default because of privacy permissions, so you’ll need to manually opt in to start using it. But before you can do any of that, make sure you update Spotify to the latest version. Once you’ve done that, we can get started.

Note: There are still some regions that don't yet have access to Spotify Voice Control, so you may have to wait a little longer sadly.

Note: If you want to disable Spotify Voice Commands you’ll need to make sure this is off.

Note: If you want to disable Spotify Voice Commands you’ll need to make sure this is off.

Can you activate Spotify voice control from the Spotify app on Android and iPhone.

Alternatively, in some cases (usually new installations) you can activate Spotify voice control from within the Spotify app.

Now when you change to the Search tab, you’ll see a microphone in the top corner showing that the feature is enabled. If you wish to disable it, you’ll need to use the method shown in the notes in the above step. 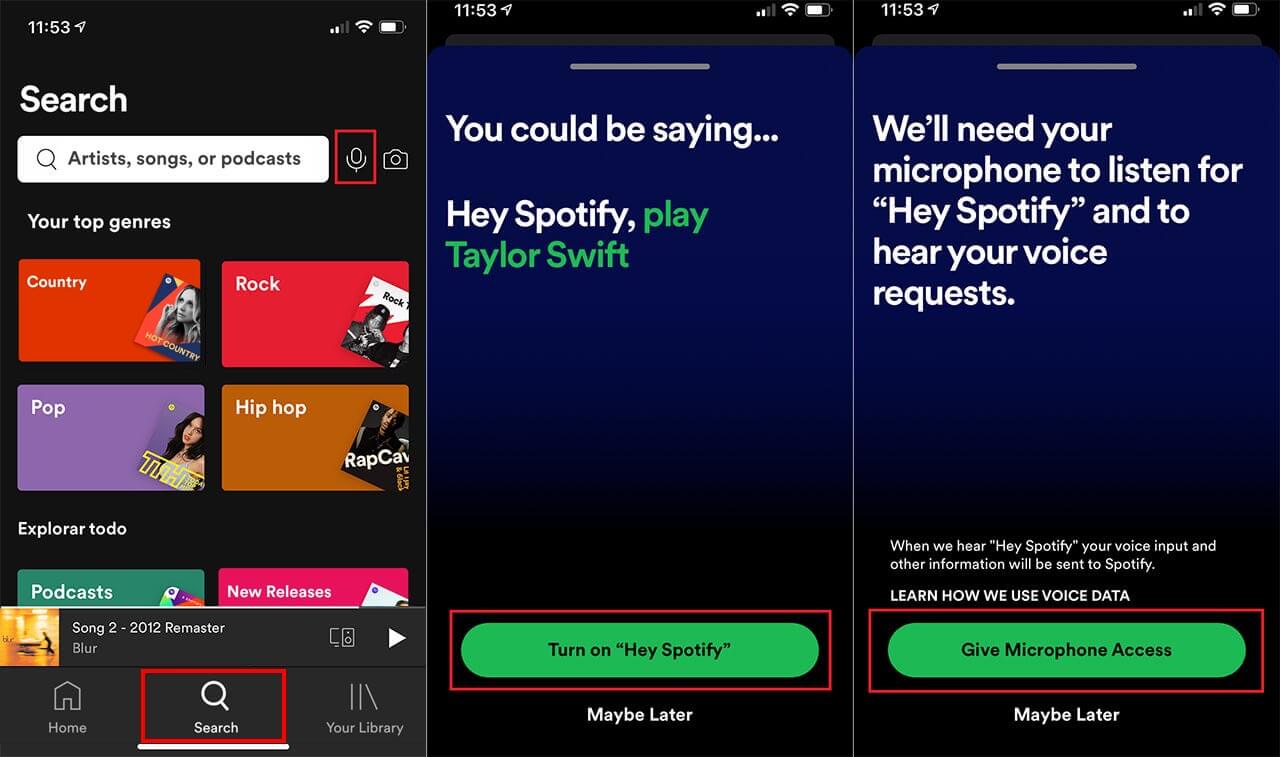 How do you use “Hey Spotify” Voice Control (Android and iPhone)

These are just a few examples, there are a lot of other phrases you can use, however, you’ll need to figure them out on your own.