How to Watch Multiple Twitch Streams at the Same Time From the Same Window.

If you are looking for a way to watch more than one Twitch stream at a time, from one Window, this guide will show you how to watch as many Twitch streams as your computer can handle simultaneously, all within a clean, easy to use, efficient interface. 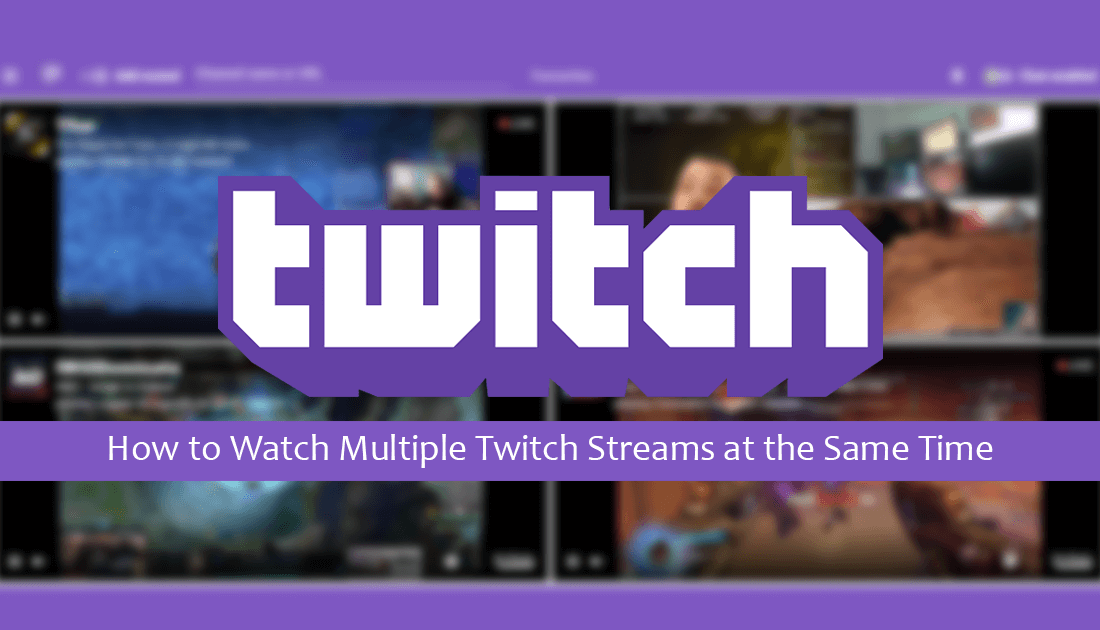 How to Keep Your Laptop From Shutting Down After Long Periods of Use.

With video gaming becoming more and more popular it's little wonder that the gaming industry as a whole has started promoting esports tournaments as the next big thing in gaming and entertainment. Just last week Epic Games (the creators of Fortnite) announced they were spending $100 million on esports.

Although not 'directly' linked with esports Twitch has had a considerable amount of influence in the market and grown in popularity at the same rate after being acquired by Amazon. Now holding top spot as the number one platform for streaming video game content. If you are a regular Twitch user and want to get more out of the platform, this article will show you how to watch/stream multiple Twitch channels from one easy to use interface and most importantly one window.

How Do You Stream Multiple Twitch Channels at the Same Time in the Same Window?

Although it is quite easy to stream multiple Twitch channels at the same time, it will require a considerable amount of system resources to pull off successfully, especially network bandwidth and graphics power. To begin, you’ll need to know the Twitch channel names or have a URL for the channels you’d like to watch at the same time.

As far as I could tell there isn’t a set limit on the number of Twitch channels you can stream simultaneously, it can be 4 channels or 20 if your computer can handle the hardware requirements. Once you have the Twitch channel URLs or names, head on over to: https://simultwitch.chifilly.co.uk/ and copy the channel names or URLs into the Channel Name or URL box at the top of the website (one at a time obviously).

As soon as you press enter, the current stream for that channel will open into the main window, then start to buffer itself to max quality. Once the channel is streaming, simply repeat the steps for all the other Twitch streams you would like to watch at the same time in the same window.

Note: All streams will start muted unless you flip the toggle to the left of the URL entry box.

If you hover your mouse over any of the streaming videos, you’ll be able to add them to favorites, plus make some changes to their position on your screen. As well as this each of the open and windowed streams will have their own video playback options, allowing you to pause, mute or cancel playback as well as adjust volume levels.

On the right-hand side of the video playback, you have access to the chat boxes for all the channels. To switch between them simply click the channel name to open a drop-box, then pick the chat you’d like to switch too.

If you couldn’t care less about the chat component of Twitch, use the toggle in the upper right-hand corner to disable it.

Note: Pressing F11 on your keyboard will allow you to go into fullscreen mode to watch all your streams in a borderless window.

If you click the Hamburger icon in the upper left-hand corner of the interface, you’ll be able to access a full range of customization options, including color themes and dark mode/light mode options.

How to fix slow file transfer and copy speeds on Windows 11.

How to Change the Location Netflix Downloads Content to on Windows 10.

How to fix slow file transfer and copy speeds on Windows 11.