Why you should use 64-bit with Windows?

These days, most new computers come equipped with 64-bit version of Windows operating system. This combination is far more safer, stable and even more efficient. But many people still don't know what the difference really is. Below, we're going to discuss the most important aspects so you can better understand what you gain if you upgrade to the 64-bit version. 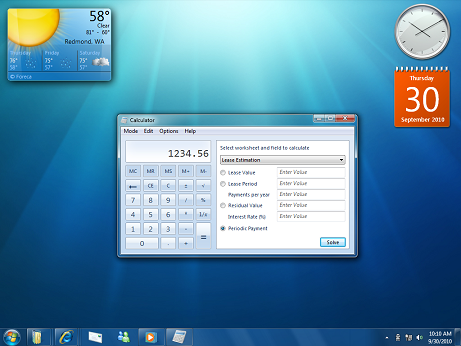 32-bit and 64-bit are computer architectures that specify how much memory can be used effectively and how powerful the number-crunching capacity of the CPU is. Keep in mind that your CPU must support 64-bit in order to be running a 64-bit operating system and 32-bit CPU in general is designed to work with 32-bit operating system.

A 64-bit version can store twice as much information as a 32-bit version, and can have significantly more random access memory (RAM). The hard disk gains more space what results in noticeably higher efficiency.

64-bit systems can run with 64-bit processors. On the other hand, 64-bit devices, in many circumstances, can handle 32-bit systems. They will only be slightly slower.

Speed is not everything. 64 bit also ensures more security thanks to improved ASLR or Address Space Layout Randomization technology. It places system libraries and other data at random memory locations, which makes it more difficult to exploit certain kinds of security flaws.

Malicious code can, however, use various techniques to try to "guess" where we store cache. If the attempt fails, the program will display an error and will shut down. The virus will not be able to take another attack until you restart the application.

Other benefits of running a 64-bit OS cover other security issues. These include hardware-backed DEP, Kernel Patch Protection and mandatory digitally signed 64-bit device drivers. The signature is required to install and run driver. This prevents hackers to sneak malicious software through this channel.

Regarding Kernel Patch Protection, it protects the kernel form applying changes, thus making it harder for various kinds of malicious programs to work. Every attempt to patch the kernel results in displaying a dead blue screen and restart.

Another security function is called Data Execution Protection (DEP). The system selects specific areas of memory as non-executable, thus defending themselves against malicious code introduced to applications running in the background.

To conclude, the advantages of going for 64-bit aren't devastating, in general, but they're there. Please note that most 32-bit applications work fine under 64-bit Windows, due to a well-known overlay called WOW64 (Windows 32-bit on Windows 64-bit). It also provides an extra layer of protection. All drivers and programs which significantly modify Windows (like antivirus) must be installed on 64-bit applications on 64-bit versions. These variants don’t support 16-bit versions.