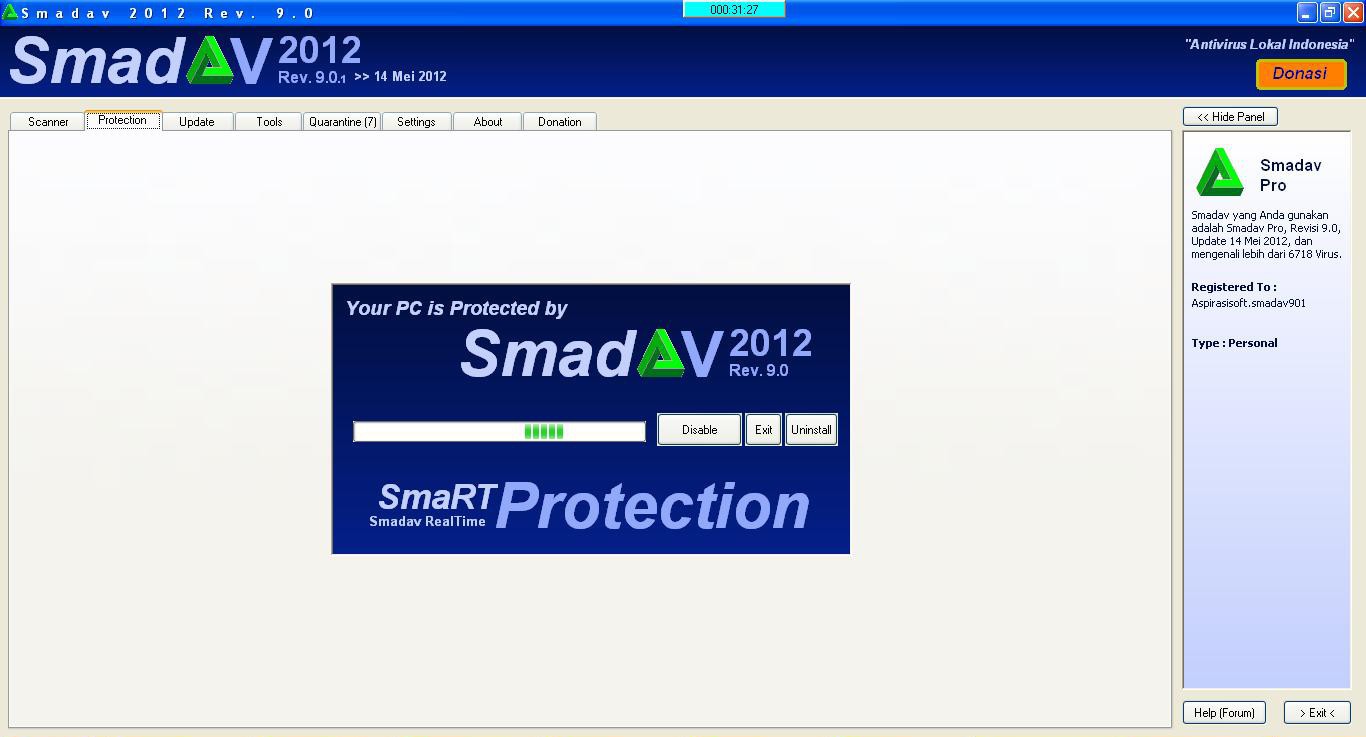 SmadAV 2012, which is an antivirus software, is designed to serve as an additional protection to your computer. It is compatible with any antivirus program accessible on the market and provides users with some extra defence.

The program is advertised as the best USB antivirus. It wards off spreading viruses via USB stick drives. It can be used offline or with computers which are rarely connected to the Internet, therefore SmadAV 2012 does not require to be updated as frequently as other antivirus programs. What is more, the program gets rid of viruses as well as fixes registry problems.

All things considered, SmadAV 2012 gives you greater protection of your computer but it is not recommended to use it as a primary antivirus. However, it definitely protects your computer from dragging it into the mud.

How to you ensure your anti-virus works?