How to Change Google Chrome’s Interface Back to the Old Style. (Old Chrome Material Design)

If you are a long-term Chrome user and have recently updated to Chrome version 69 you will have noticed the massive interface change. Thankfully, if you don’t like the new curvy, bubbly look, you can change back to the old familiar squared design without much hassle. 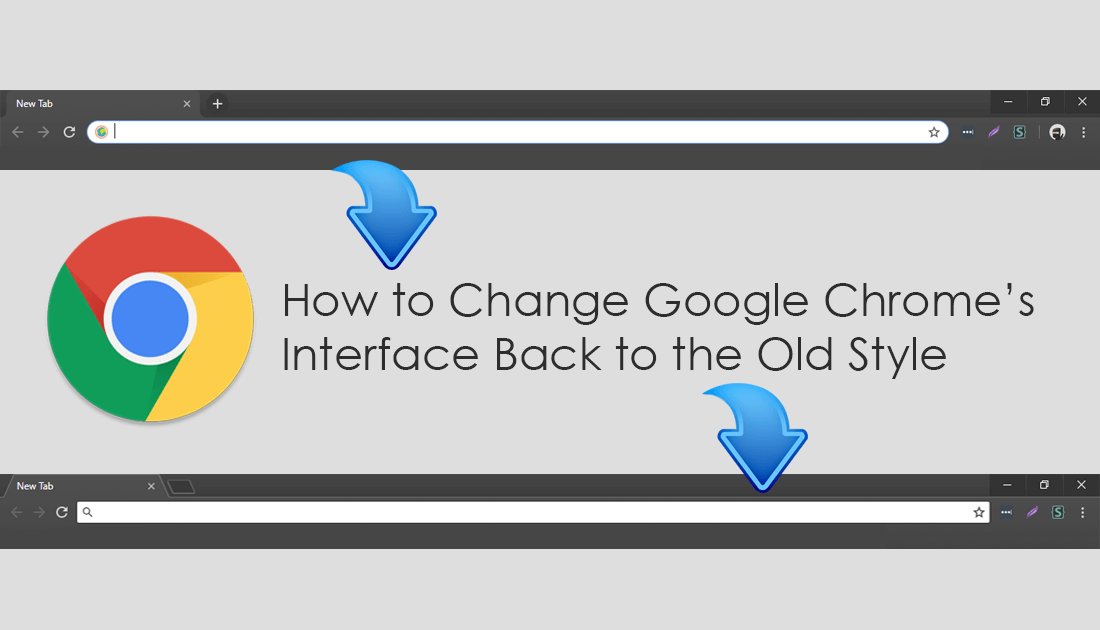 Google Chrome is considered by most to be the best Internet browser on the market. It’s easy to use and setup, fast, and has thousands of extensions available that make a lot of intricate tasks far more simple. For a long time now, the Chrome interface has remained vastly unchanged with only a few minor tweaks taking place in the last few versions.

That has all changed recently with the release of Google Chrome version 69 which has given Chrome an entirely new interface layout. The tabs have been redesigned, the address bar has taken on a new curvy, bubbly look and bookmarks in the toolbar have been spread out a little more. As the change isn’t a subtle one, there’s a good chance you aren’t going to like it, if so, below you will find all the steps required to get the old Chrome design back.

Can You Change Google Chrome’s Interface Back to the Old Style? (Revert Back to Old Chrome Look)

As always if you don’t like the new design layout of Chrome, Google has left an option within Chrome’s advanced options which allows you to revert back to the old squared look. Keep in mind that this reversion tool will only buy a limited amount of extra time with the old layout, as Google can opt to remove the option at any stage. As a general rule, you should be able to put it off for about six to nine months before the new layout becomes compulsory.

How Do You Revert Back to the Old Google Chrome Interface?

To change Chrome back to the old look after updating to Chrome version 69, you’ll need to do the following. First open Google Chrome then open a new tab and enter chrome://flags into the address bar and press Enter.

This will take you to Chrome's advanced settings area, where you can make some major changes to the way Chrome works on your system. For the next step in changing Chrome back to the old layout, you’ll need to enter the following text into the search box UI Layout for the browser.

Once you have done this you will see a single entry called UI Layout for the browser's top chrome highlighted in yellow. Next to this, you will see a drop-down box that will be set to Default. To change back to the old layout, change this setting from Default to Normal, then click the blue box to restart Chrome. After a restart Chrome’s interface will revert back to the old layout and stay that way until you manually change it again or until Google makes the new layout compulsory.

As we mentioned above Chrome usually gives you 6-9 months of time before making the change compulsory, however, this isn’t a guarantee. Personally, it’s best to just accept the change and move on with life. For the record, if you are using a touch device, you can use the Hybrid option to increase the size of the interface to make it easier for touch interaction.

change google chrome back to normal

google interface change back to the new style