How to Change Windows 10 App and Program Permissions After the Creators Update.

The newly released Windows 10 Creators update comes with quite a few new improvements to security. One of which allows you to block apps from outside the Windows Store from installing on your computer, it works in a similar way to Android devices, which stop you from installing apps from outside the Google Play Store, unless you opt otherwise. This guide will show you how to enable or disable the feature, as well as add certain apps to the Whitelist. 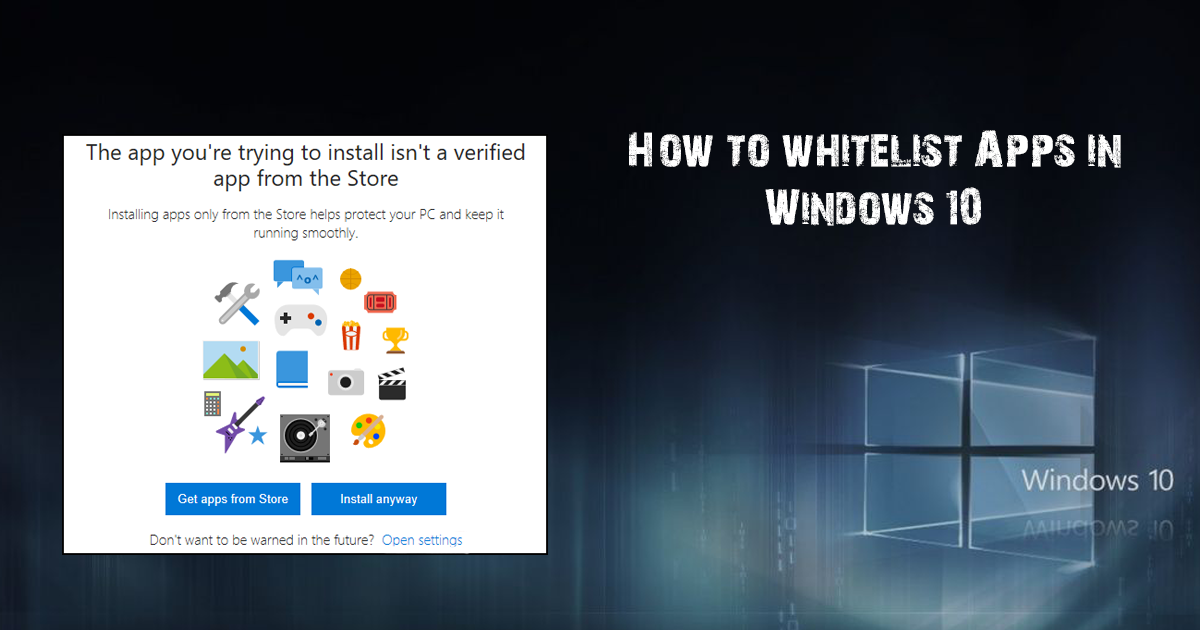 How to Stop Google Chrome From Using so Much Memory/Ram.

Finding the app and program control option on your computer is quite easy, so long as you have already updated your computer to Creators. Which is available as of today, the 11th of April. Once you have the latest version of Windows, you will need to navigate to the following location: Settings > Apps > Apps & Features. Under the heading Installing Apps, you will see three options to choose from, Allow apps from anywhere, Warn me before installing apps from outside the Store, and Allow apps from the Store only. The names are pretty self-explanatory. 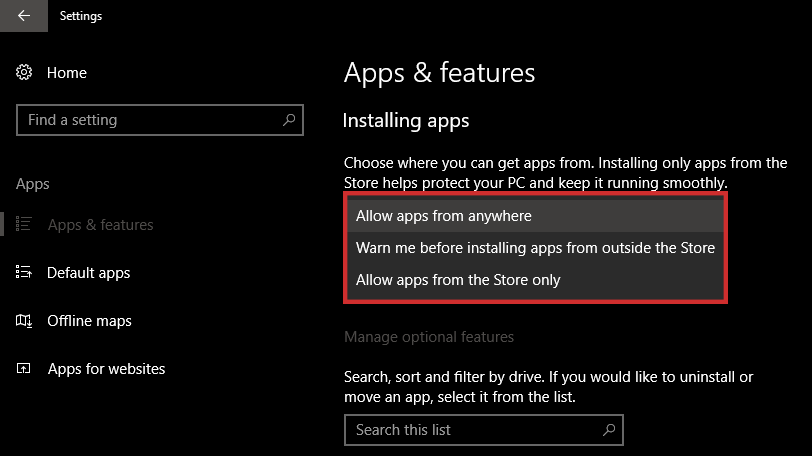 Note: By default Windows 10 is set to allow you to use programs installed from anywhere. This will most likely change as Microsoft start to roll their software from program based versions to app based versions, which will all be available for purchase on the Windows Store.

If you choose the option Allow apps from the Store only you may find it quite limiting. Currently, the best option that takes into account flexibility and security is option two Warn me before installing apps from outside the Store. Using this option is going to give you the best of both worlds. Next up is the process you need to follow if you wish to add certain apps to the Whitelist.

How to Whitelist Specific Desktop Apps in Windows 10.

If from the above three options you have chosen to go with Allow apps from the Store only all the current apps on your system will automatically be saved to the whitelist so you will not need to add them. However, when downloading new .exe files or other apps from the Internet, you will now see a notification stating that the installation was blocked. 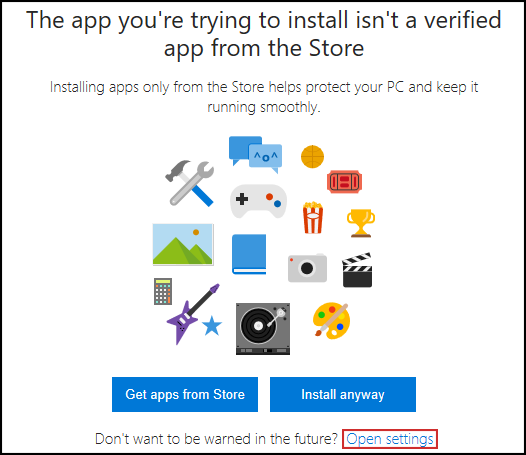 As mentioned above the best option is going to be Warn me before installing apps from outside the Store as you won’t have to continually change the settings. Just remember that these settings affect all installations .exe files include, it isn’t just limited to apps. Programs like Photoshop, Steam, etc will also be included in the list of apps from outside the Windows Store.