If you use Microsoft Edge as your main Internet browser you may want to disable the newly added feature that puts the 5 most recent tabs into the Alt + Tab shortcut window. Although this feature is quite handy, it can be annoying if you have other things you’d rather take priority over browser tabs.

Related: How to fix: The L2TP connection attempt failed because the security level encountered a process error during the initial negotiations with the remote computer | VPN.

Microsoft Edge is a great Google Chrome alternative and one of the best browsers on the market at the moment. It’s got a ton of features, uses far fewer resources than Google Chrome and has some unique options that make it a fantastic choice. One of the most interesting features in Edge is the ability to switch through the 5 most recent tabs using the Alt+Tab feature.

This is quite a handy little addition to Edge but it can be annoying if you’d rather just switch between programs and the likes rather than tabs and programs. It can make the Alt+Tab screen get rather crowded. Luckily, Alt+Tab allows customizing, you can make it show

Disable or change Edge Tabs in the Alt+Tab on Windows 10/11.

If you don’t want Edge tabs to show when you use the Alt + Tab shortcut on Windows 10 or 11 you can disable or change the way they work by doing the following. 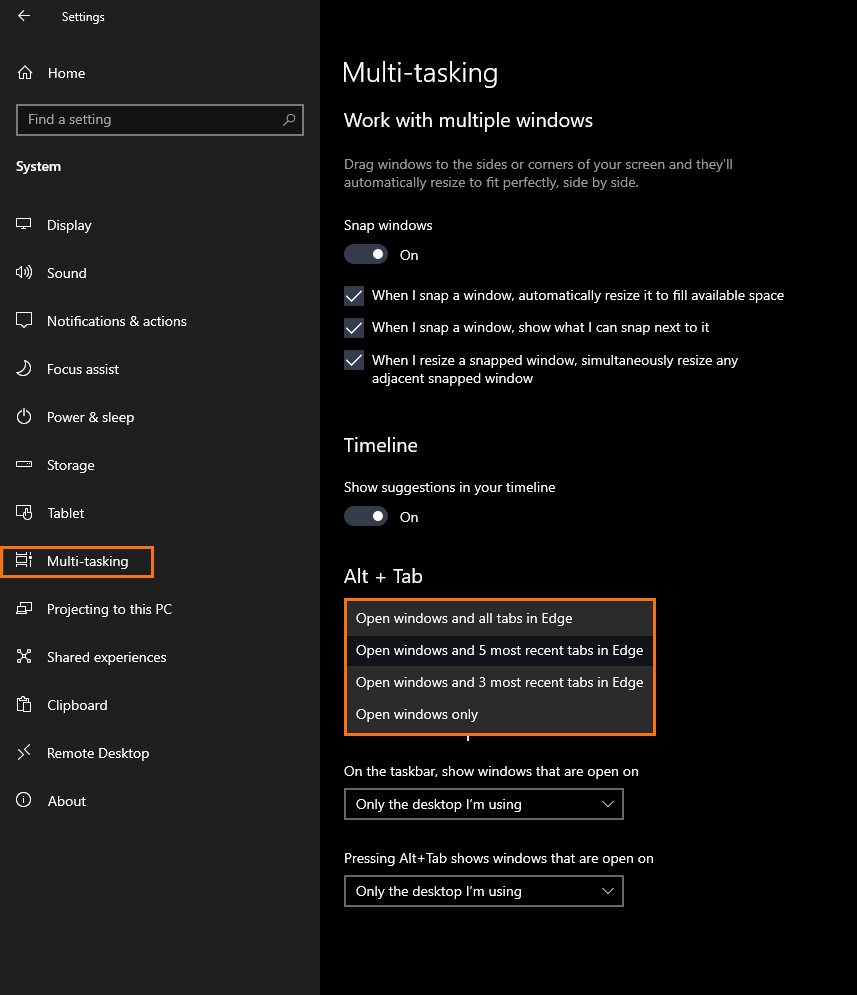 As soon as you make the change Microsoft Edge will start respecting your choice.

Disable or change Edge Tabs in the Alt+Tab on Windows 10/11 using the Registry Editor.

Although I wouldn’t suggest using this method when you have an easier one above, it is also possible to make this change to Microsoft Edge from the Windows Registry Editor. Just make sure you have created a restore point. 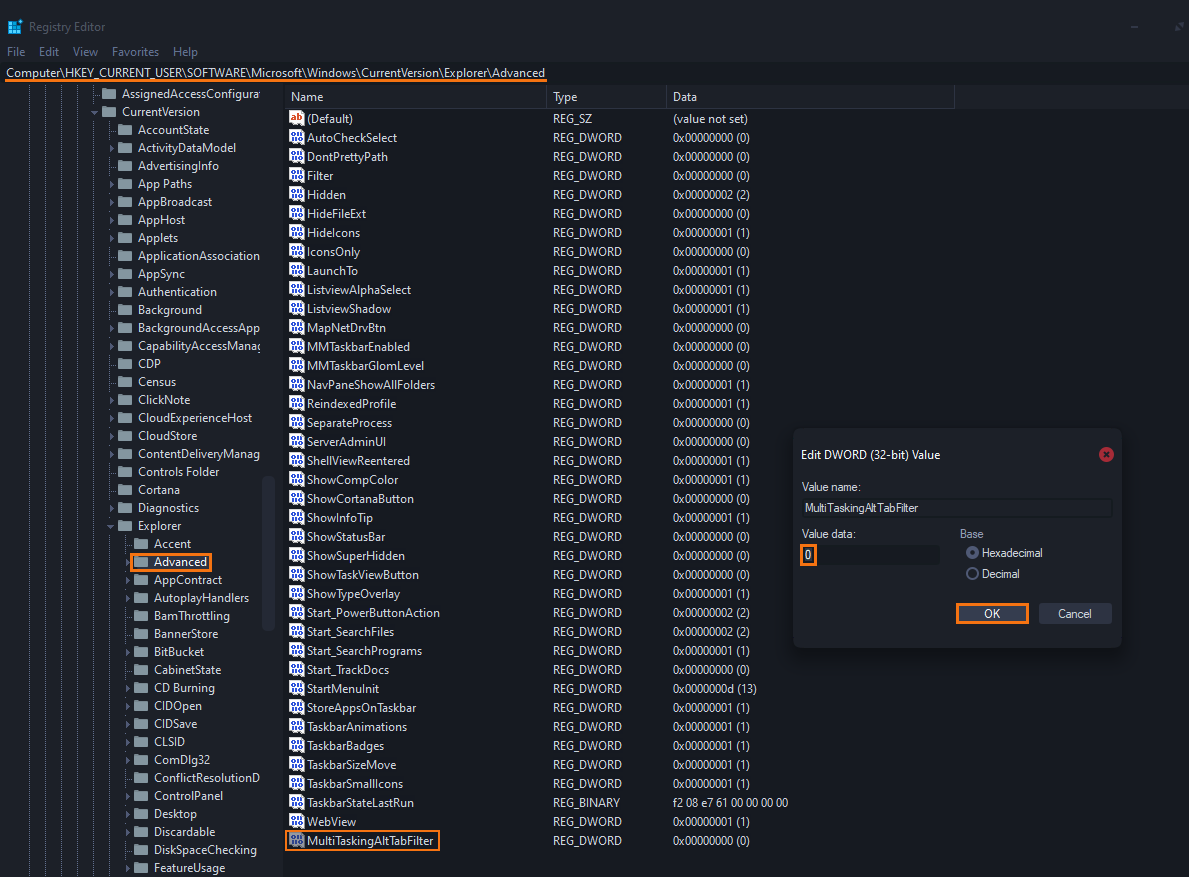 Now set the Value data to one of the following. Simply change the number to get the desired outcome.

Once you have changed the number click Ok and restart your computer for the change to take effect. Although this method works just as well as the first option from Settings, I don’t think it's worth all the extra effort involved.