How to Fix Google Chrome and/or Microsoft Edge Chromium 'Aw, Snap! Something went wrong while displaying this webpage' When Endpoint Protection is Enabled. 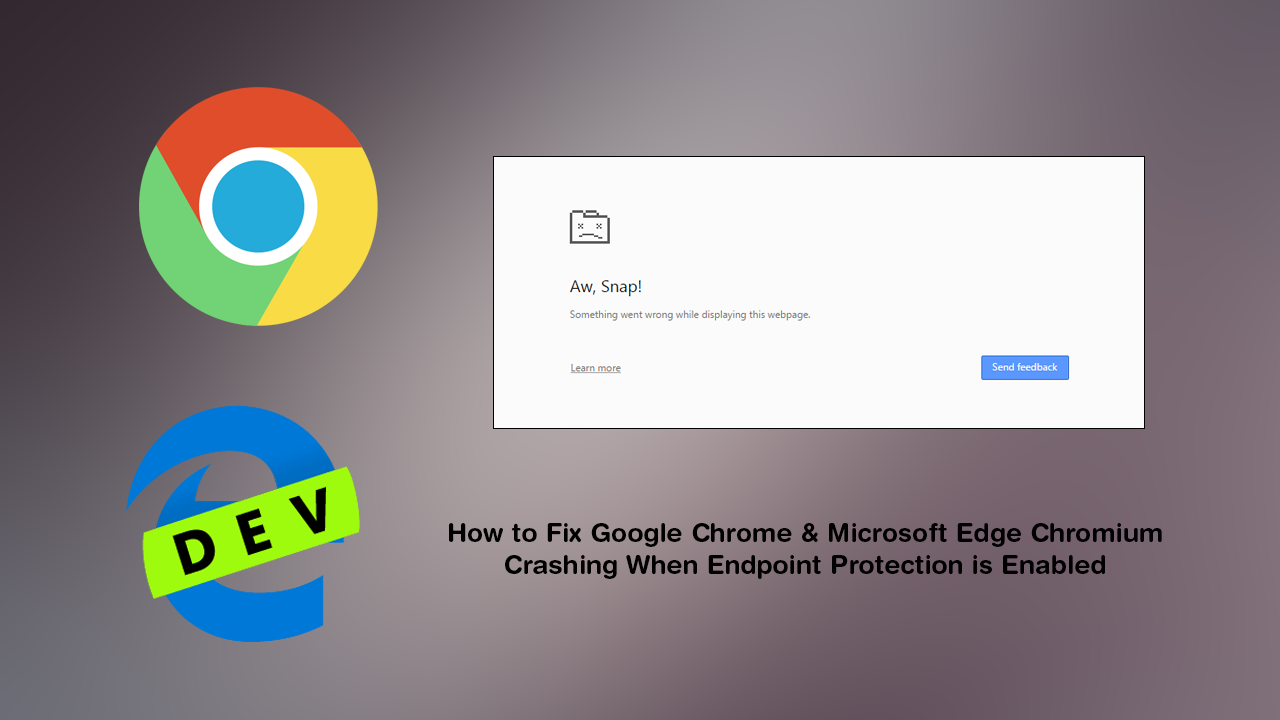 Google Chrome version 79 has been one of the most problematic versions of Chrome released to date, with two major issues plaguing the latest update. The first of the issues discovered in version 79 had the potential to cause data loss from user accounts, wiping years of stored data from thousands of users. The other issue discovered thankfully isn’t as bad but can be super annoying as it causes the browser to constantly crash displaying the following error message: ‘Aw, Snap! Something went wrong while displaying this webpage.’ Microsoft Edge Chromium users will see: ‘Page Cannot be displayed.’

Although there is yet to be a solution for the data loss issue you can quickly and easily fix the crashing problem using a couple of different methods, so follow along as we guide you through the process.

Windows Server 2016 and Windows 10 RS1 with any version of SEP installed.

Any Windows OS with a SEP version older than 14.2 installed.

The quickest and easiest way to prevent Chrome or Edge Chromium Crashing after updating to version 78 or 79 is to update Symantec Endpoint Protection to version 14.2.x to address the incompatibility with Chrome on Windows 10 Creators Update, version 1703 or later and Windows Server 2019.

If you are using any of the following operating systems:

You’ll need to head on over to the Symantec website and follow the configuration guide which will update Symantec Endpoint Protection to provide Code Integrity support for your system.

What if You Can’t update your SEP or Operating System?

If you can’t update to fix the issue, you can disable Code Integrity within Chromes advanced options. This can be done by adding the following text to the end of the Target box for your Chrome shortcut --disable-features=RendererCodeIntegrity Once added click Apply > Ok, then use this shortcut to launch Chrome. 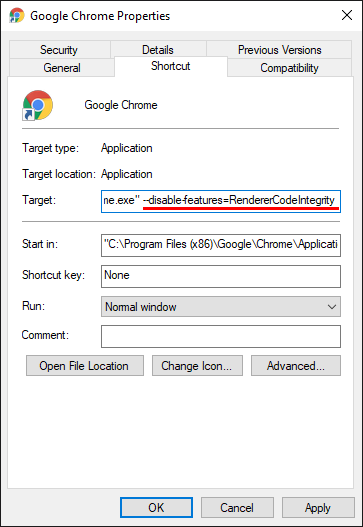 Alternatively, you can also make the following change in the Windows 10 Registry. Just make sure you create a system restore point before you do so, a backup if you make a mistake. To begin, open the registry editor by searching regedit from the Start menu and selecting the option when it appears. When the Registry Editor appears, go to the following address: