If you are using Firefox and have just recently had it update to the new Proton user interface (UI). You may have noticed that tabs no longer have an X to close them in the top right-hand corner when you have a lot of tabs open. Thankfully there is a way to restore the option and a few shortcuts you can use should instead.

Related: How to fix Firefox low FPS after updating to Proton.

Firefox’s latest update has seen a major user interface change that brings a new sense of minimalism to the browser and a much-needed refresh. As always though the UI change has caught a fair few people off guard and caused a bit of stir in the community. Although I personally find the UI change one of the best in recent memory, especially the new dark theme, there are a couple of things I know people are struggling with.

The first is the width of the tab bar, a lot of users are screaming that it’s far too wide and consumes more space than is required (not really a big issue but we’ve linked our guide on that at the bottom of this article). The second is that there is no longer an X in the top right-hand corner of tabs when you reach a certain amount of open tabs. Keep in mind this varies depending on your screen size and resolution. The good news is there are a few quick and easy ways to restore the X to tabs in Firefox and a few shortcuts you can use as well.

To kick things off, we’ll start with the best solution to this problem! The two shortcuts that allow you to close tabs on Firefox without clicking the X.

Number 1: Click the tab with the middle mouse button. This will close any tab you have open instantly.

Number 2: For laptop users who don’t have a mouse, you can three-finger tap your touchpad to close tabs in Firefox.

How do you permanently restore the X to close tabs in Firefox? With a CSS edit.

If you aren’t happy using the shortcuts and would like to restore the X to tabs in Firefox you can add manually change the layout by creating a custom .css file. To do this follow the steps shown below. 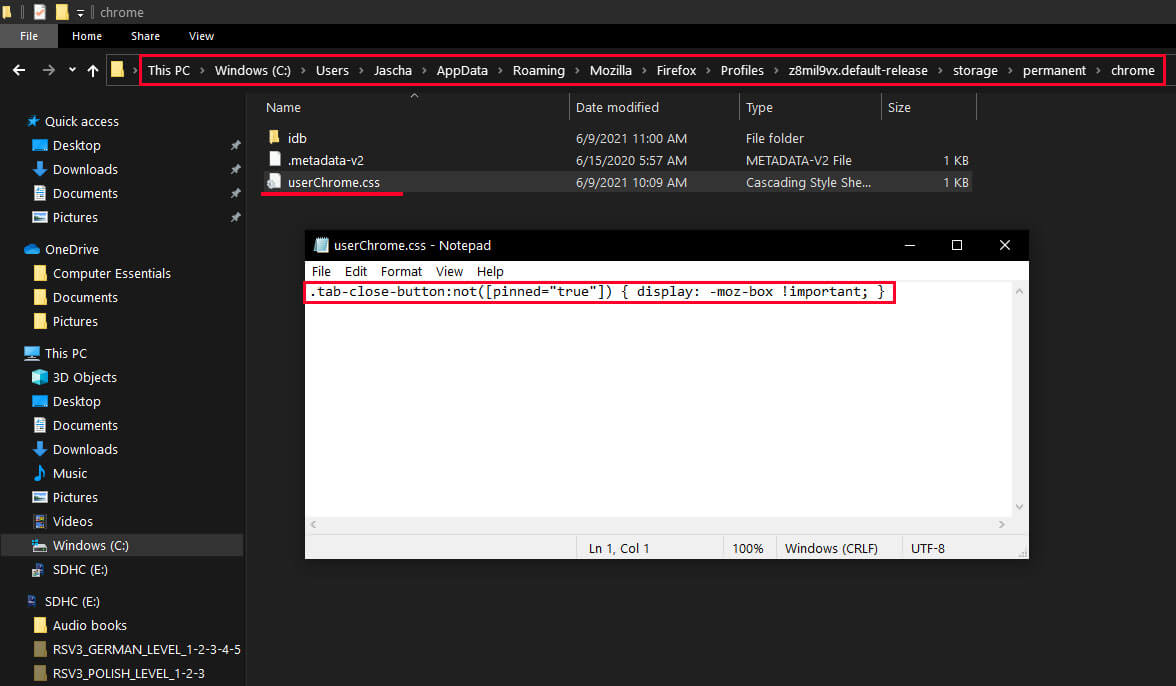 After you have made the change, Restart Firefox and it will always show the X on tabs. If you’re also still looking for a way to reduce the thickness of the tabs bar make sure you check out the following article which will show you how to restore the tab ribbon on Firefox to the default size before the Proton update widened it.

How to reduce the size of the Firefox tab bar after updating to Firefox Proton.