If you have recently updated to Firefox Proton (Firefox version 89 or newer) you will have noticed that the entire user interface has changed. Including the width of the tab bar. Thankfully, if you don’t like how wide the tab bar is it can be adjusted without too much drama. So follow along as we show you how to make the tab bar smaller in Firefox. 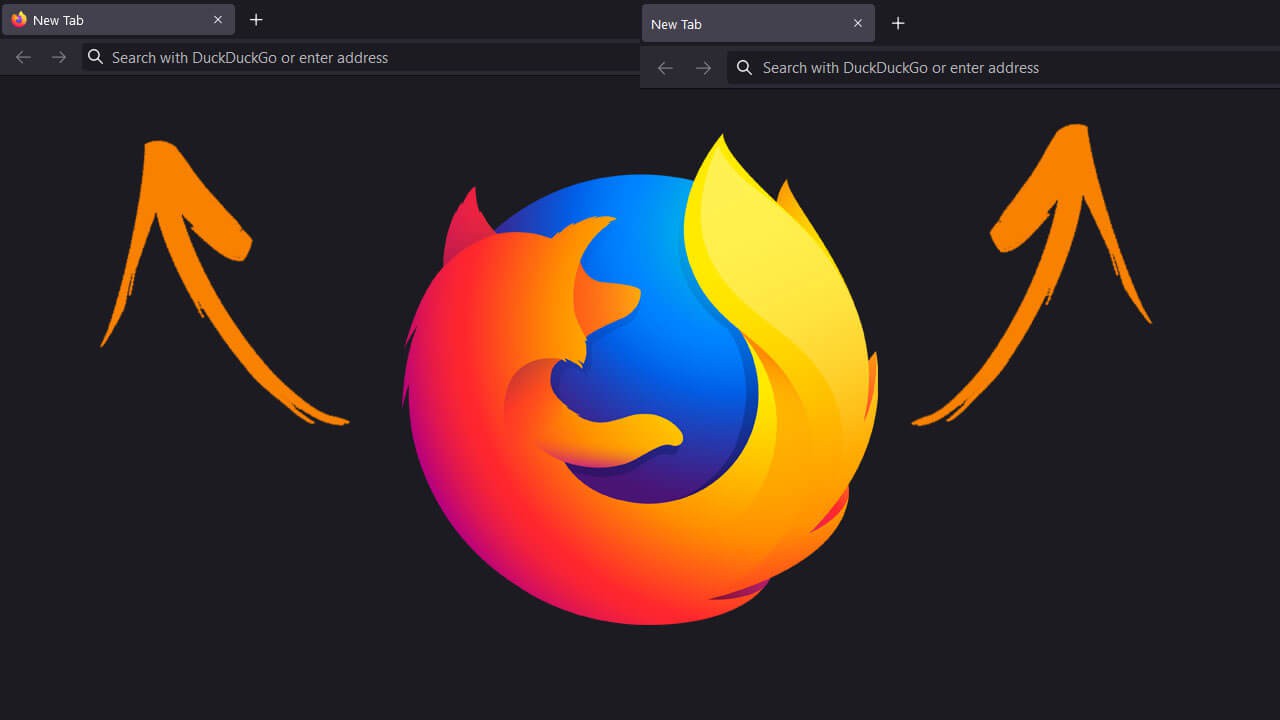 Related: How to fix no X to close tabs in Firefox. Closing tabs with no X on Firefox.

For a lot of users, the latest Firefox update has been one of the best updates in recent years. It has brought with it a brand new, clean, minimalistic user interface (UI), a selection of well thought out themes, and of course plenty of under the hood optimisations. As always though, the new UI change hasn’t gone down well with everyone. A selection of users are finding themselves wanting to reduce the size (width) of the tab bar that runs across the top of the screen.

One of the greatest things about Firefox is its ability to be customised which means if you aren’t happy with how wide the tab bar is in Firefox Proton, you can adjust it using Firefox’s user interface scaling settings that can be found in Firefox’s advances options menu about:config. Although this isn’t common knowledge, it’s easy enough to action. So follow along as we show you how to adjust the size of the tab bar in Firefox Proton.

How do you make the Firefox tab bar smaller? Go back to the old tab bar size in Firefox Proton?

In order to make the width of the tab bar in Firefox Proton smaller, you’ll need to do the following. This will allow you to scale the user interface a little.

Note: It is possible to go fully custom and create a tailored theme using .css code but it’s more trouble than it’s worth for such a simple change. That said, if you’re lucky enough to find a good them someone else has put together, there’s nothing stopping you copy and pasting it for yourself.

As this change takes effect instantly there’s no need to worry about saving it. However, this change doesn’t seem to carry across with your Firefox Sync settings (at least that I can see). As a result, you’ll need to make this change on all of your devices. Another change you may find yourself wanting to make in Firefox Proton is forcing the X sign to be present on all tabs so you can easily close them when you have a ton of tabs open.

you aren’t keen on using the shortcuts available, this is the guide for you: How to fix no X to close tabs in Firefox. Closing tabs with no X on Firefox. Personally, I’ve found the new Firefox UI to be amazing and find the default sizing works great on ultrawide monitors (not what you’d expect).