How to Move the ‘New Tab’ Icon on Google Chrome.

If you are looking for a way to move the ‘New Tab’ icon from the far right of tabs to the far left of Chrome’s Interface as well as several other positions (The original placement of the New Tab icon in Google Chrome Canary version 69) This article will show you how to do so using Chrome flags, Chrome advanced user options. 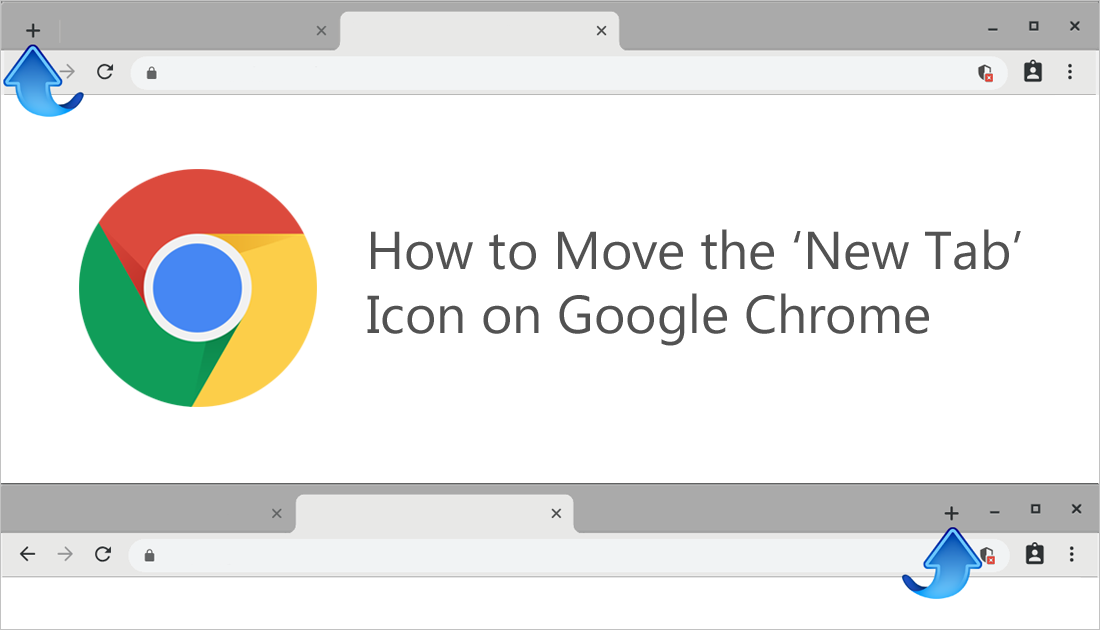 How to Record Voice and Video Conversation in Skype.

If you have recently update Google Chrome to version 69, there’s a good chance you are still trying to get used to the look and layout of the new material design. Although a lot of Chrome users aren’t fans of the new curved design, not much else has physically changed in the browser. Even though this is the new default layout it’s still possible to keep all of Chrome 69’s features and updates yet revert back to the old material design. If you’d like to do so, check out: How to Make Google Chrome Version 69 Look like Version 68 Again.

As well as a full rollback of the Material design of Chrome version 69, it’s also possible to make quite a few other small changes, including moving the New Tab icon to a range of different positions. From the far left to the far right and other positions in between. The original position of the New Tab icon during testing was the far left, however, it was decided not to make the change standard for the official release.

Having the New Tab icon in the far left instead of the far right does take considerable time to get used to and feels like extra work to open a New Tab. But if you’re used to the idea or just want to try it, the steps shown below will take you through the process.

Related: How to Change the look of New Tabs in Google Chrome Version 69 Back to Version 68’s Style.

Can You Move the ‘New Tab’ icon in Google Chrome?

To begin, open Google Chrome and type the following into the address bar: chrome://flags, then press Enter. On the new page that appears copy and paste #new-tab-button-position into the search box near the top of the page. Alternatively, you can copy and paste the following into the address bar and press Enter to go directly to the entry chrome://flags/#new-tab-button-position. This brings the option to the top of the list, where you will need to change the drop down option to the right to one of the following options

Default: Leaves the New Tab icon at the end of the current list of tabs.

Opposite Caption Buttons: Moves the New Tab icon to the far left of all tabs.

Leading: Moves the New Tab icon to the far left of all tabs.

After Tabs: Leaves the New Tab icon at the end of the current list of tabs. (same as default)

Trailing: Moves the New Tab icon to the far right of tabs, placing it next to the minimize icon.

Once you have made your decision, click the blue Relaunch option to restart Chrome and the change will take effect. You can move the icon around whenever you like so feel free to find a location that works best for you.