How to turn off Suggested Actions in Windows 11.

If you are using Windows 11 and have just updated to the latest version you may have noticed a new and possibly annoying feature (depending on how you look at it) that aims to provide Suggested Actions when you are performing certain tasks. The feature is reminiscent of autocorrect but based on actions rather than words.

Windows 11 is constantly getting new quality of life features that aim to make using the operating system easier than ever. This time around Microsoft has introduced a new feature called Suggested Actions, which works in a similar way to word suggestions when typing messages on mobile devices but instead works for actions.

Note: Suggested Actions is part of Windows 11 from build 25115 onwards. 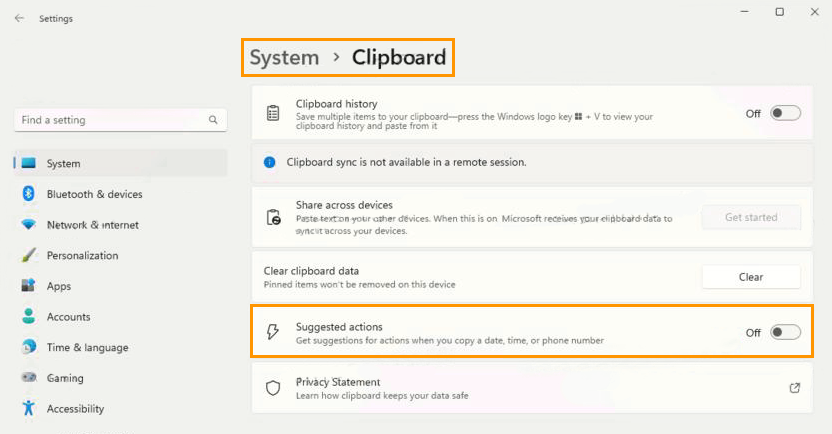 At this stage, the feature is still pretty basic, however, Microsoft will surely add to it over time, giving Suggested Actions a ton more options. Alternatively, if you’d prefer to make this change from the Windows 11 Registry Editor, you can find the steps below.

Turn off Suggested Actions from the Windows 11 Registry Editor.

If you want to make this change the hard way, you can use the Windows 11 Registry Editor. However, before you begin, make sure you create a System Restore point just in case you make a mistake.

After, you’ve made the change, simply Restart your computer and the change will take effect. Again you can make this change whenever you want or use the far easier Settings method. Although Suggested Actions is pretty basic at the moment you can expect Microsoft to continue to add to the feature in future updates.

If you are new to Windows 11 or just want to learn a few extra things, make sure you check out our Windows 11 catalogue here or our YouTube channel here. There are plenty of different guides from troubleshooting errors and issues, to customising the operating system and understanding new features.