How to Use Pokemon Go’s New Nearby Tracking Feature.

It may not be the top game on Google Play or iOS anymore, having dropped rather quickly from number 1 right down to number 14 on Google Play, but Pokemon Go is still receiving regular updates from the team at Niantic. Most recently they have finally fixed "mostly" the tracking system. 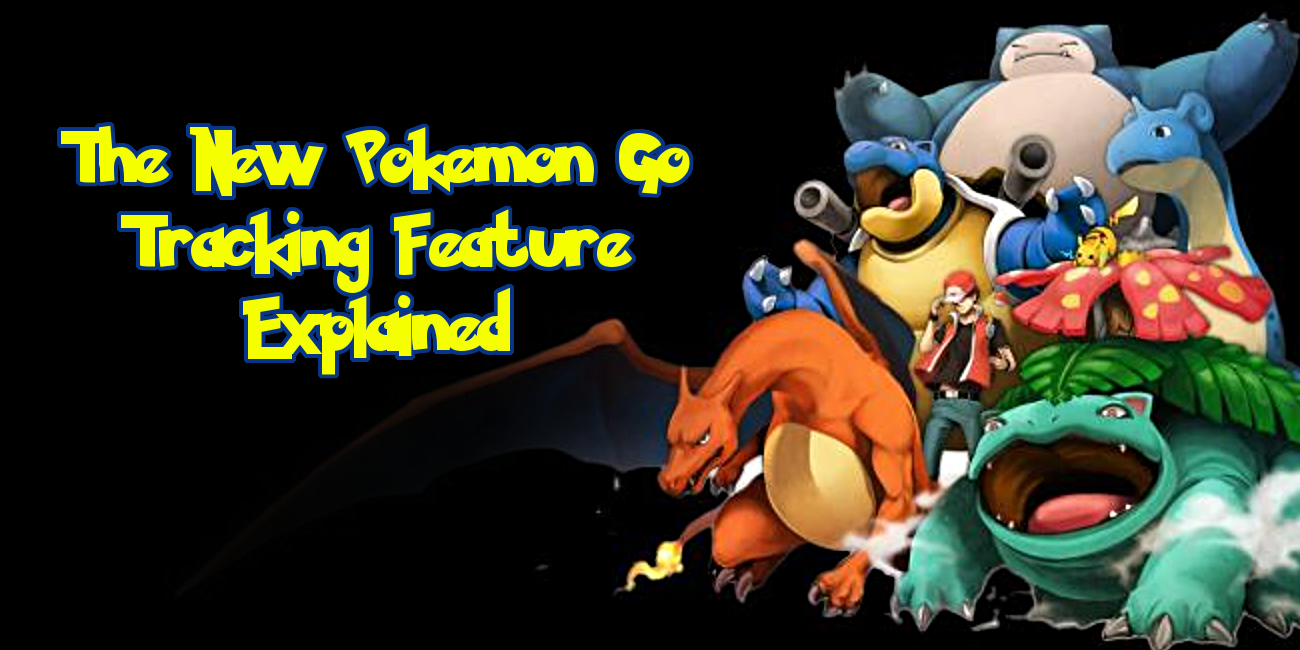 How to Preview Tattoo Designs on Your Body Using Augmented Reality.

Since releasing back in July Pokemon Go has been hammered with bad feedback regarding its nearby and tracking feature. The feature originally worked on release (for most users) then mysteriously ceased to track Pokemon in the intended manner. Niantic has been working on a new system to replace the old one ever since the original malfunction. This new tracking system has been in beta test in parts of California over the last few months, progressing recently to more parts of the United States and into Australia.

The new feature works quite simply, once you have updated the game to the newest version, you will be able to start using it. (Currently, the newest version with working tracking is still not featured on popular APK download sites, so if you are looking for a sneaky download it might still be a little way off.)

Once you have loaded into the game the new tracking system replaces the old one in the same position, in the bottom right-hand corner. When you open this menu the icons have changed, as well as showing the Pokemon that are nearby it also shows a picture of the Pokestop that they are closest to. If you are in your local area, you will recognize most of the Pokestops. The rough estimate of distance is about 200m officially. However, last night when I was testing it I had a Seaking spawn at a Pokestop that was about 800m away from my standing location.

The next step is to tap on the desired Pokemon you wish to track down, this will bring up a new screen showing the Pokemon and location it can be found. Below the image of the Pokemon is the distance tracker, this uses footprints once again to tell the distance that it is located from you. 3 footprints meaning far, 2 not as far, and 1 very close to your current position. 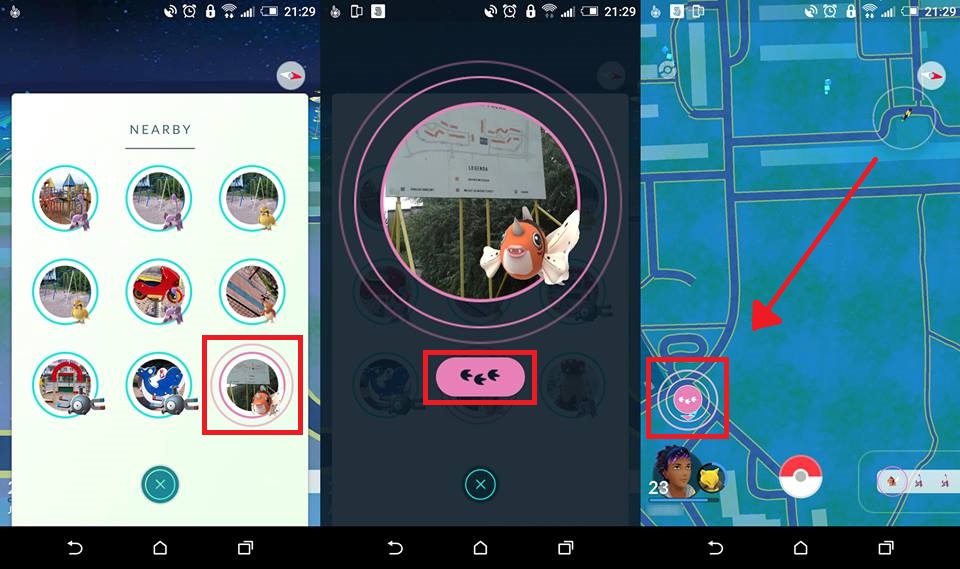 If you tap on the footprints they will turn pink and a mark will be placed on the map where the Pokestop is located. (the footprints don’t actually decrease yet for the record…. It doesn’t really matter though, as the location marked is good enough) Now all you have to do is walk in the direction of the stop, then hunt around its general area until you spot the Pokemon. If it escapes before you find it, you will get a notification that says The Pokemon fled. From here on out it's business as usual.

There are a few problems with this system if you live in a rural area or a part of a city that doesn’t have many Pokestops, you won’t get much out of the new tracking feature as there are not as many nearby stops to list. As well as this, the tracking system does not show Pokemon that spawn away from Pokestops, though they still appear if you get close enough to them. Finding them is still 100% chance as they also no longer show up on the nearby tracker. 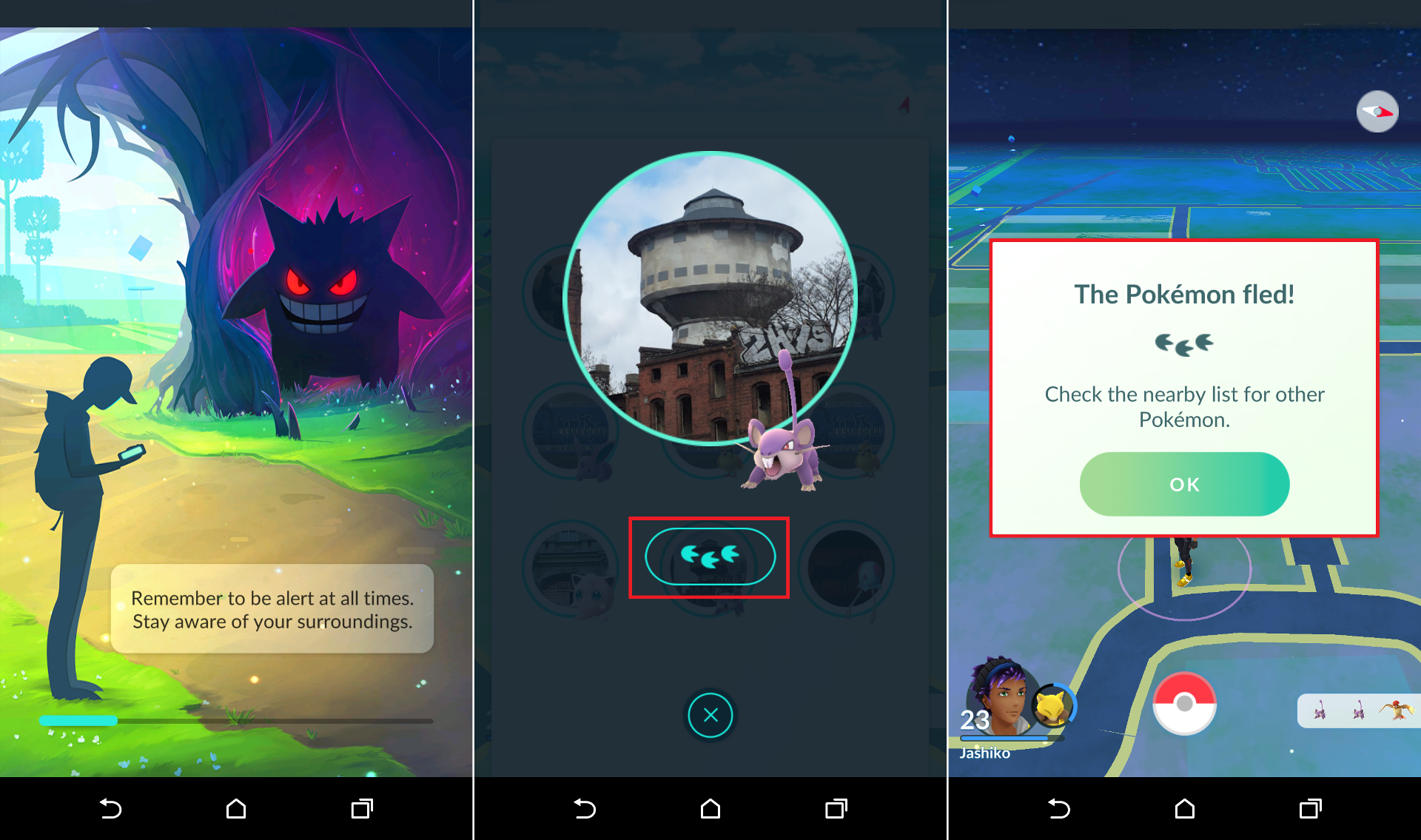