In our new series we are going to present games that you can play directly from your web browser, instead downloading and installing tons of gigabytes on your disk space. Most FPS games are paid, but there are many you can play for free. We tried to gather links and information about some of the more popular free FPS games available. 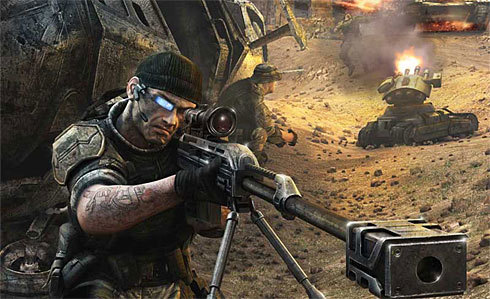 FPS games have become a very popular type of game online. Now, there’s a rich collection of equally good multiplayer FPS games that you can play straight from your web browser. While in the past, FPS games were simple and had a poor graphics, these days the situation has changed a lot. As the FPS player, you experience impressive graphics without cluttering your PC. All the games listed below are free to play, however, they all require the Unity Web Player to be installed on your computer.

It is a relatively new Russian online game. Regardless being quite a new game, it must be said that it is one of the best titles. The best things about ContractWars are really amazing graphics. The game offers twelve maps in five different game modes. The game also incorporates RPG elements, such as development, improvement of weapons, contract missions, leveling and skill unlocks.

UberStrike is a nice fast-paced shooter that can be run on a variety of platforms. The games features a wide variety of weapons and several kinds of game modes, including Deathmatch, Team Deathmatch and elimination mode. The game is easily accessible and keeps you occupied while you play it thanks to extensive leveling system.

There is no need to introduce Counter -Strike, since it is one of the most popular online shooters of all time. CS Portable is a kind of innovation of the legend. Critical Strike Portable offers both classic gameplay modes, such as bomb defusal, as well as some new elements, including team death match and zombie mode. And on top of this, the games available on iOS and Android devices! 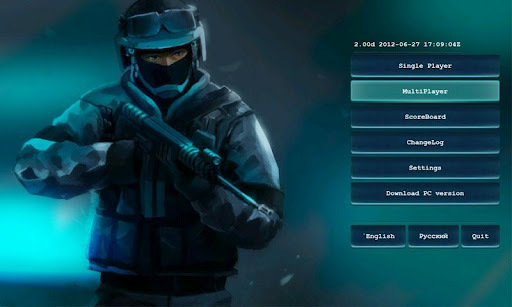 A multiplayer shooter at a very high level. Greatly design maps combined with game mechanics result in a fast-paced hugger-mugger. The game will definitely appease Quake and Unreal Tournament enthusiasts. Playing the game you collect coins, with which you can rent a new equipment (weapons). Adding to it a quirky sense of humor, letting you acquire skins to look like trollface or perform Gangnam Style dance over the dead bodies.

It is a classic online first person shooter, that resembles the look of Counter Strike. The game provides six maps, each of which can be played with up to 16 players . There are two game modes available, namely elimination (team death match), and sabotage. The game is fun and involving. It also offers a number of achievements to unlock, for which you get money which you can use to upgrade your arsenal. 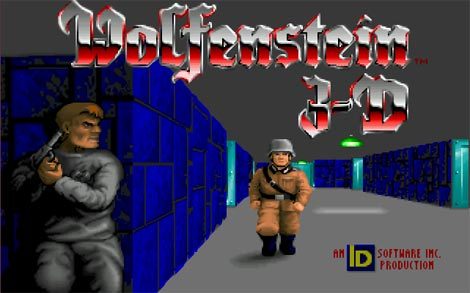 And finally, a well-known oldie Wolfenstein, which is now 20 years old, but we can still play it directly from our browser. This game is an archer of all popular FPS games and helped blaze the trails for all the aforementioned games. We are all looking forward to a new edition of Wolfenstein, but if you cannot wait, simply go back to the roots and play the old classic and rave about its original charm.

Brothers in Arms: Earned in Blood