8 annoying programs and services we just have to use nowadays

Modern Internet isn't really as friendly and open as it may seem to some users. Actually it turns out to be not the land of plenty, but the land of plenty... quasi-monopoles. Each and every branch has its leader that wants to reign. Facebook for social networking, Skype for communicating... but what should you do if you don't like these?

The state of today's Web reminds a bit the times of reign of Internet Explorer: some alternative Internet browsers did exist, but they were either flawful or couldn't make a household name (or both). It's also true that the majority of websites worked correctly only on Microsoft's browser.

Let's take a look at Skype - an immensely popular solution indeed. If you want to talk to somebody (make a free voice or video call) you will probably find out that this person uses Skype. Whether you like it or not you will have to use this program.

Skype is among the least liked applications on my personal fav list. The program takes ages to turn on, it's difficult to turn it off (especially on Android) and it eats up a laptop's battery like crazy. Call's quality is average at best, even if you use 30 or 30 MB connection. Forget about high definition.

What to do: check out a popular multiplatform IM (such as Miranda) and talk your friends into installing it.

Another thing - Spotify, a very popular music service. After registering an account and downloading a desktop client I was faced with a non-appealing, very complicated interface and problems with using it similar to those that I have encountered while using Skype.

Fortunately, there are more digital music services that are competitive than in the case of Internet messengers. Apart from Spotify there are services such as Deezer, Last.fm or Libre. Furthermore, they offer pretty much the same things, so why should you stick to a program you don't like?

What to do: check out how a traditional Internet radio looks like. You will find a list of radio stations on Shoutcast.com.

Another reason for being annoyed about quality of the services we use is Java - a programming platform delivered by Oracle. Java is used by Web services, devices such as printers, and hundreds of other electronic gadgets. 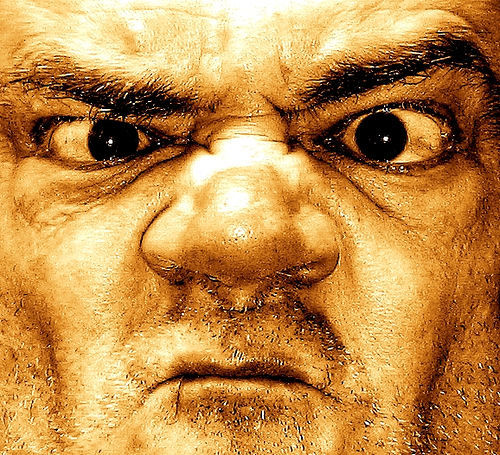 Java works on websites, but extremely slowly - slower even than Flash. It can freeze your browser for a while and it displays annoying notifications about available updates almost non-stoppingly. Sometimes it may be also an invitation for cybernetic criminals.

What to do: remove Java from your computer.

Only a few years ago it was incredibly popular on a variety of complex Internet services. Nowadays, it's HTML5, CSS and XHTML. If you really need Java, you can change in the settings the way it notifies you about available updates.

What I have written about Java can be said about another Web technology, namely Flash - a method for describing animated pictures and video clips which are displayed on various websites. Flash technology is extremely slow, it freezes the computer, and holes are found in it almost constantly.

A few bitter words can be uttered also on the websites and services that are Flash-based - such as YouTube. Adobe's product's weakness can be observed when you, for example, try to "jump" to different moments in a clip (that have usually not been already buffered. It works on some occasions, and sometimes it doesn't. At times the clip has to be played from the beginning.

By the way: Microsoft's Silverlight is by no means better. I have tested Netflix for a few weeks so I know what I'm talking about. Fortunately, this well-known movie service is about to move its content to HTML5 coding.

Yet another entry on our list: Facebook. It's a bit like Internet Explorer used to be - although it works awfully badly, there's no alternative, so we use it. Facebook takes a looong time to load, somehow loses your comments, doesn't display some photos and the main site is overloaded beyond words.

I don't use about 80% - or even more - of the features available in this social network (or I use them no more than a few times a month). For example, once in a few days, I don't know why, the chat turns on and I have to get rid of it once more. All I can say about Facebook for Android is that it is awful.

If you want to have a faster Facebook-handling application for your smartphone, it's worth testing the alternatives. However, I have checked a few of them and there's not even one that I could really recommend.

What to do: limit your Facebook activity, move to lightweight multiplatform IMs or old good e-mail.
The last thing I'd like to touch is the best (or the most annoying): software for your printer. When it comes to drivers you're almost always forced to use official software delivered by the manufacturer.

And that's certainly awful, because as time goes by and technology runs forward there is still no driver that would remove tasks from the panel or allow to cancel printing BEFORE it's already done. Now it's like that: you click Cancel, a few minutes pass, your document keeps on being printed; finally, the whole thing is aborted, usually in the middle of a page (because screw saving paper).