How to Get Command Prompt Back on the Power User Menu on Windows 10.

In 2002 Microsoft started working on PowerShell, however, back then it was codenamed "Monad", a strange codename indeed... Fast-forward to 2017 and Powershell is a very powerful tool, especially for Windows Power Users and System Administrators. Powershell isn’t a tool for everyone though, so if you would like to put Command Prompt back onto your Windows Power user menu, follow closely as we show you how. 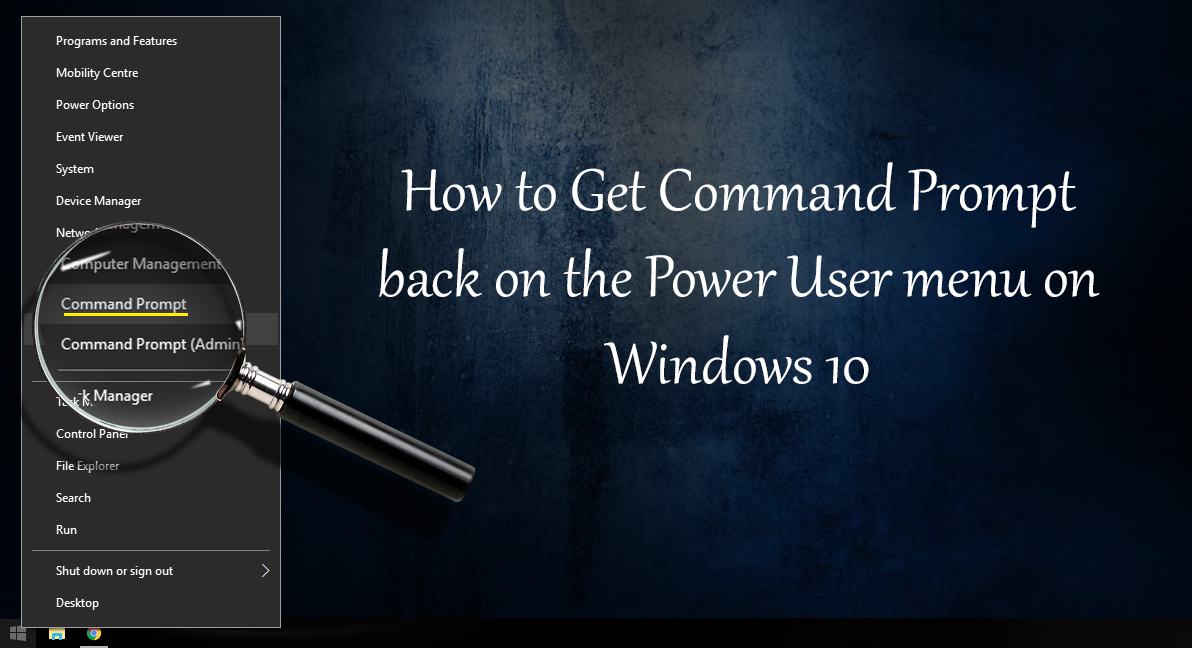 If you have heard of the Windows Powershell tool you will probably either love it, hate it or have zero understanding of it. Either way, you should know is that it is an extremely powerful tool, even more so than the outdated Windows Command Prompt.

Powershell is full of functionality, examples of some of the functions include, creating your own scripts, commands and removing default windows programs using the C# Programing language. All of this is part of Microsoft’s NET Framework. Which means you have full access to all the preexisting functions. Putting it a little more simply, Command Prompt is now more focused on basic functions and would be considered a learning platform for the fully featured and fine-tuned PowerShell. Eventually, Microsoft will probably roll the two features together but until that day comes, you will have to bare with both.

On the Creators update Version of Windows 10, you will notice that Microsoft has decided to replace CMD on the Power Users Menu. This might seem somewhat odd but it is most likely a sign that Mircosoft will slowly be phasing out CMD in future versions of Windows, in favor of PowerShell.

Putting Command Prompt Back on the Windows 10 Power User Menu.

If you don’t use PowerShell and want to put the CMD option back onto your Power User menu, you will first need to find out where the setting is. This is generally the hardest part of changing anything on Windows 10. Once you know the location, it’s generally just a case of toggling an option.

To begin, you will need to open the Windows 10 Settings menu, the easiest way to do this is by searching for it from the start menu. From here click on Personalization, then select Taskbar from the bottom of the list. Once you are inside the Taskbar menu, look for the option that says Replace Command Prompt with Windows PowerShell in the menu when I right-click the start menu button or press Windows + X. 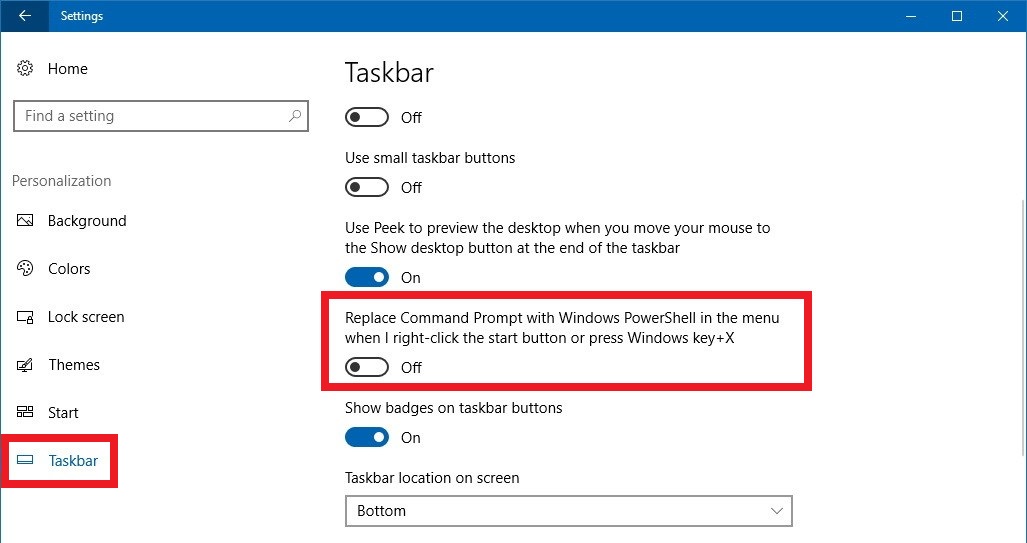 When you have flipped this toggle, it will revert your Windows 10 Power user menu back to its old format, displaying Command Prompt rather than PowerShell. This will be the case for both options, whether you access the menu using a right-click from your start menu icon or by pressing the Windows Key + X. If you are reading this hoping you can add PowerShell to your Power user menu rather than CMD, you will have to wait until the Creators Update is released as it's not currently an option for now. If you are trying to restore Command Prompt to the context menu on Windows 10, check out the guide below.

How to Restore the Command Prompt Option to the Shift Right-Click Context Menu on Windows 10.