Starting tomorrow the 10th of April 2018 Microsoft will officially be rolling out the long-awaited Redstone update. As with all previous updates, Redstone will be gradually rolled out internationally, so you won’t necessarily get the update automatically on the 10th. If however, you’d like to manually update to Redstone, 'aka' the Spring Creators Update on the 10th or shortly after, this guide will show you how. 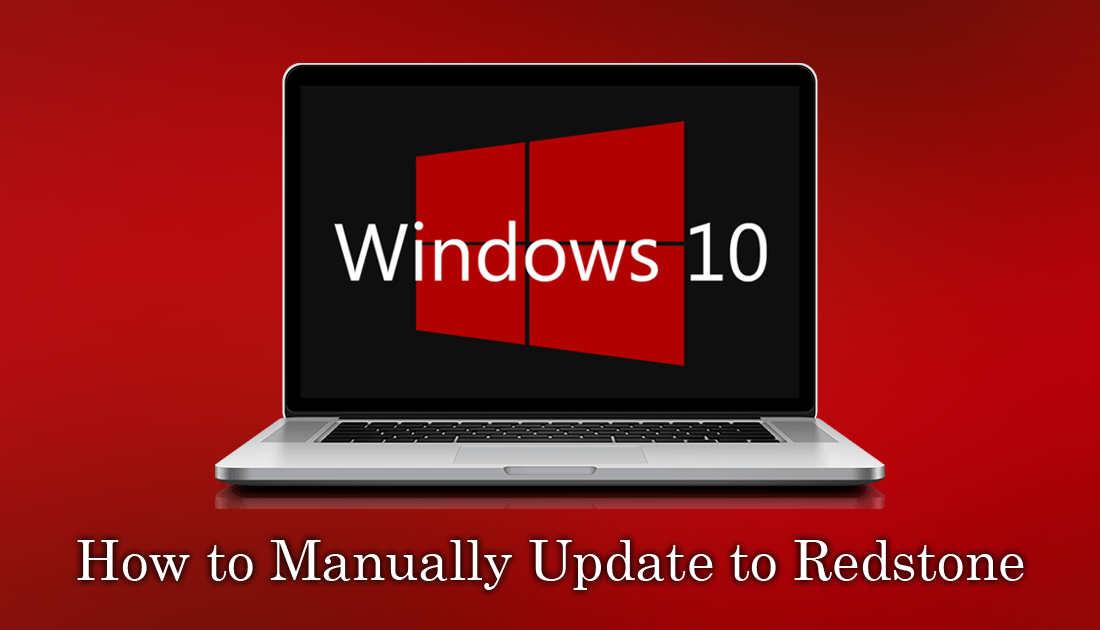 How to Stop Windows 10 Automatically Updating to Redstone Version 1803.

Just like all the major feature updates that have come in the past, Anniversary, Creators, and Fall Creators, the Redstone (Spring Creators Update) update is being rolled out gradually. This is a strategic plan on Microsoft’s part which is used to manage and distribute the strain on servers. Once a large portion of users have acquired the update, each and every user will then start to act as a miniature server, sharing/uploading the update files to other Windows users.

Related: How to Limit the Download and Upload Speed (Bandwidth) of Window 10 Updates.

The Redstone update contains a wealth of interesting new features and tweaks that will once again improve many aspects of the operating system. Although most of the tweaks are subtle and you probably won’t notice them straight away, there are a few features that will stand out, like Timeline and the changes made to People.

How Do You Manually Update to Windows 10 Redstone - Spring Creators Update? (Get Redstone Now)

Starting from the 10th of April the Redstone update (Windows version 1803) will begin rolling out. So before we start the more complicated manual process, it’s best to check if you’re lucky enough to get the update automatically. To do this go to Settings > Update and Security, then click Check for Updates. If the update is ready for you to download, you will see the version number listed next to the update file, if you don’t see version 1803 listed, you are getting a regular update or Windows Defender definitions, so you will need to start the manual process.

Note: If you try to do this too early the Fall Creators Update will still be listed, so pay attention to what is listed on the page. I would personally wait until the 11th (EST) before starting the download. It is possible that Microsoft may upload the Redstone patch on the 10th and not change the description from Fall Creators Update until a later date. (this has happened in the past)

The second option is to visit the Microsoft Manual Update page and use the Windows 10 Media Installation Tool. When you have the tool saved to your PC, run it and select Upgrade This PC Now. 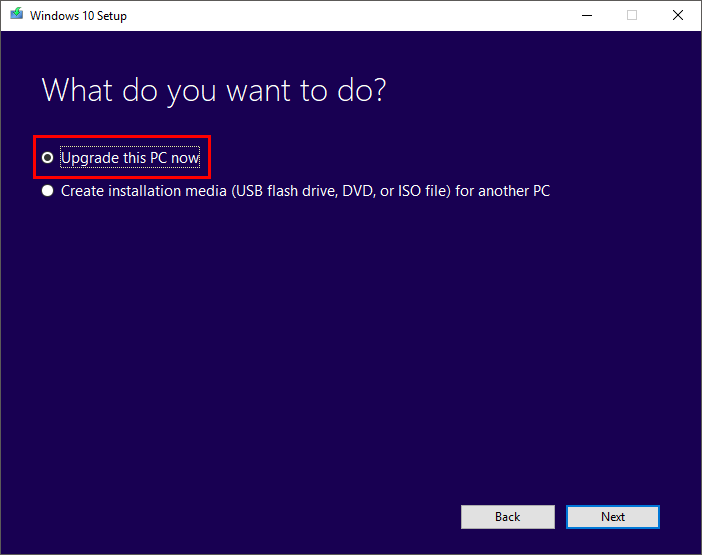 Next, follow the prompts and make sure you have keep your files and apps (if it isn’t already selected). Alternatively, if you really want to, you can install a fresh copy of Windows 10 starting from Redstone. Just click Change What to Keep and select the option that you’d like to use. 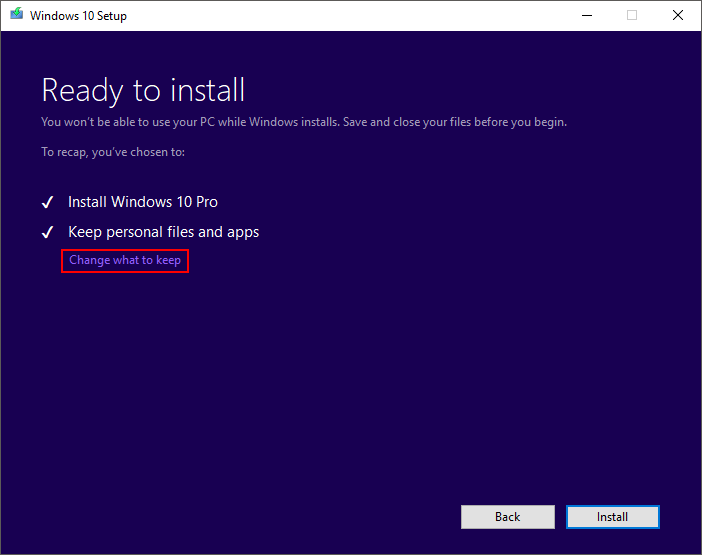 Keep in mind that the same Note from above applies for this entire process as well.