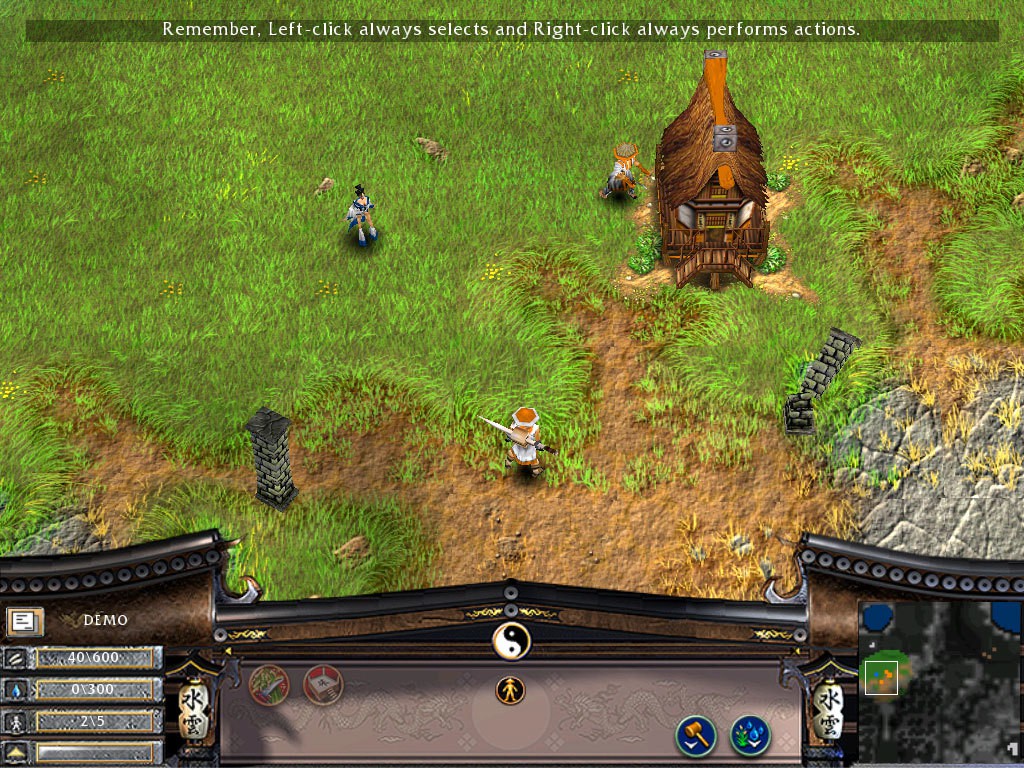 Battle Realms is an RTS strategy based in a fantasy world, inspired by Asian themes. The game was created by a team of programmers responsible earlier for the well-known series of Command & Conquer. The world presented in the game is full of magic and might, and the story tells us about the return of a samurai named Kenji to his homeland, currently at war.

When he comes back to his homeland, Kenji has to choose the site he stands upon. There are four clans available in the game: the honourable clan of the Dragon, the deathly clan of the Snake, the clan of poisonous Lotus and the clan of the barbarian Wolf. The choice you make in the very beginning has an enormous effect on the story. Your aim is to rebuild your homeland, create a strong army, and lead your citizens to economic prosperity.

Although time has passed, the graphics of the game is still enchanting - you move in a fully 3D world, and Asian surroundings full of tale-like forrests and rice fields adds a touch to the game. The interface of the game is inspired by the characteristic Asian style. The world of the game is realistic - animals react to your units and if there is a fire, the landmen bring water from the river to extinguish it.

Although Battle Realms is an RTS game it puts substantial emphasis on the development of single unites. Thanks to an advanced system of training your units and learning them various fighting styles, you can turn any soldiers into powerful samurai, and even bowers can become the masters of sword-to-sword fencing. To train your units you of course need resources such as rice and water - and the basic units - villagemen - are responsile for it. There are also certain characters in the game that have unique names and abilities that can be further developed by experience earned on the battle fields. 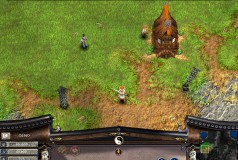