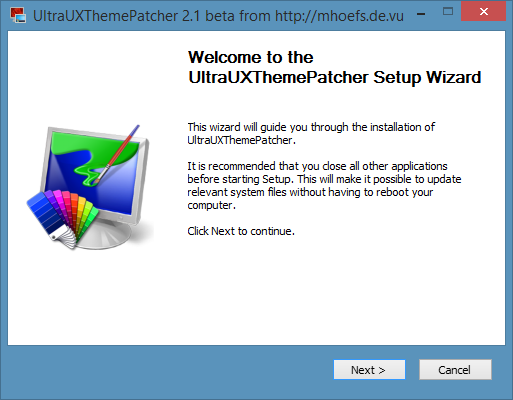 UltraUXThemePatcher is a simple and intuitive in use application that allows you to quickly and effectively change the appearance of your Windows 8 and Windows 8.1 running computers. This application allows to install appearance themes, downloaded from the services such as Deviantart.

With UltraUXThemePatcher you can easily change the appearance of your Windows 8 and Windows 8.1 windows to that of Windows 7 or Windows XP. You can also effectively use the program in systems such as Windows XP and Windows Vista. This applicaiton has a very simple, easily navigatable interface - once you have downloaded the theme you want to use and you have launched it, you just have to use the Patch option and install these changes in your operating system. 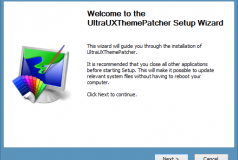