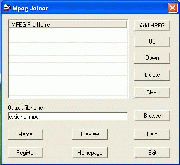 MPEG Joiner is an easy-to-use video joiner for joining several MPEG files into one bigger MPEG format. MPEG Joiner is fast and robust without recompression. MPEG Joiner also supports to drag and drop MPEG files. Only the MPEG files which have same frame rate and frame size can be joined with this MPEG Joiner. 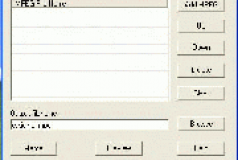