If you have been wondering when Microsoft is going to update File Explorer to match the rest of Windows 10’s theme, the wait is over. It is now possible to access, view, and use the new (experimental) version of File Explorer on Windows 10. 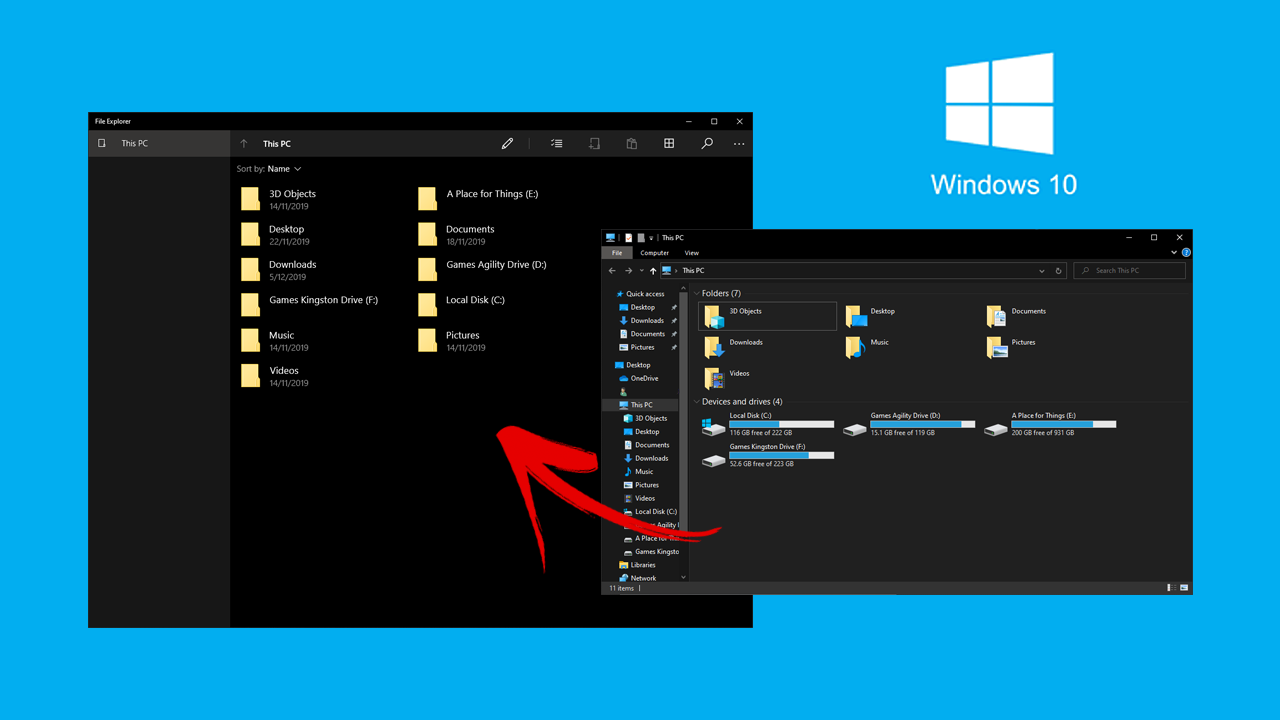 After so many years without much change, the Windows 10 File Explorer is about to get a massive interface overhaul, bringing it in line with the rest of the operating systems material design. Starting from Windows 10 version 1903 it is possible to get access to the new File Explorer interface, however, isn’t something a lot of people know about.

If you are curious and want to have a look at the new concept before it is officially released, you can quickly and easily access it without making any major changes to your operating system. Before you go ahead and start trying to use the new File Explorer interface as your main file explorer, it’s important to note that it is in very, very early stages of development, so there are a lot of important tools and access points missing. For example, ListView, Quick Access Pins, etc are all still missing.

As well as a lot of missing core features, you’ll also notice that thumbnails don’t display as crisp as they should and some of the text and fonts used aren’t quite sharp. That said, it’s still quite an interesting sneak peek into what is on the cards for File Explorer.

How Do You Enable the New File Explorer Design/Interface on Windows 10?

To get access to the new hidden File Explorer interface on Windows 10, you’ll first need to make sure you have Windows 10 version 1903 or newer. To do this, press the Windows Key on your keyboard, then type winver into the start menu and press Enter. This will allow you to open About Windows where you can view your version. Once you are on 1903 or newer, you’ll have access to the new File Explorer interface.

Now that you have the correct version of Windows 10 open File Explorer, then copy and paste the following text into the address bar and press Enter.

After a few quick seconds, the new File Explorer will open for you to start using. At first glance, you’ll notice it’s exceptionally basic and doesn’t really offer much in the way of utility. It even lists drives as folders, which makes quickly identifying and accessing things slightly more difficult. If you want to make accessing the new File Explorer interface on Windows 10 super easy, simply right click the icon in the taskbar and select Pin to taskbar.

While you are looking for ways to upgrade and change Windows 10, make sure you check out the following article which will show you how to take advantage of multiple WhatsApp accounts on Windows 10.