How to Fix the Official PUBG Mobile Emulator Crashing After the Loading Page.

If you are playing PUBG Mobile using the official PC emulator, this article will show you how to stop the game continually crashing straight after it passes the loading/launch screen. An error that has become far more frequent with the latest patch. 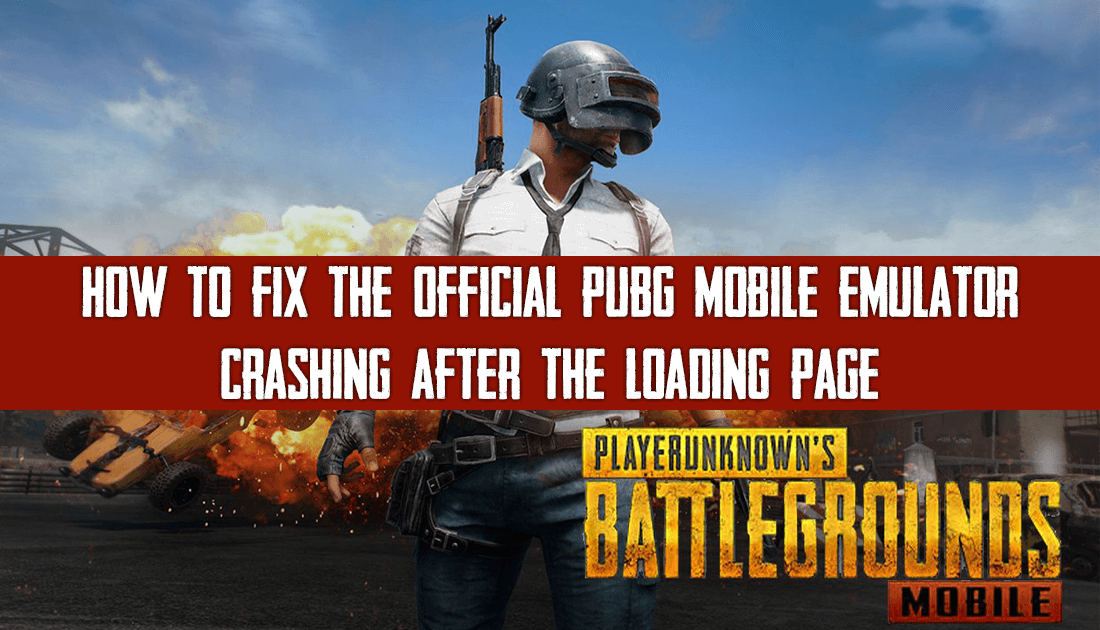 How to Play PUBG Mobile Using an Xbox or PS4 Controller.

PUBG Mobile has been out for quite some time now and is one of the most popular and refined gaming experiences available for mobile devices. It runs smoothly, has exceptional gameplay, controls, and graphics, it also has one of the most community active developer groups in the business, with devs constantly implementing user feedback.

Sadly the same can’t be said for the official PUBG Mobile PC emulator, which has been out for close to the same amount of time and is usually only a few hours behind the true mobile version in updates. Since its launch the emulator has been buggy, resource hungry, and quite temperamental, requiring very specific settings to work well on a range of machines.

Once you have the emulator configured correctly, it works ok, though updates usually trigger a new onslaught of problems. The latest being the October 9th, 2018 update which has increased the game's chances of crashing straight after the loading page has been displayed. Thankfully even though this problem may seem impossible to fix, there are a few simple things you can do that should get it working again without having to do a fresh install.

How Do You Stop the PUBG Mobile Emulator Crashing Straight After the Loading Screen?

To begin, the first thing you need to do if you haven’t already is clear the emulator's cache, this is a quick fix and only takes a second or two to complete. If you’ve never done this before, check out the following guide.

How to Clear the Official PUBG Mobile Emulator Cache.

Once you have cleared the cache, check to see if the problem has been fixed. If it hasn’t you’ll need to try the following. First open the emulator into the main screen, then launch the game by clicking Play. Next, you have two options, the first is to click the Menu option from the emulator window then select Repair SD. 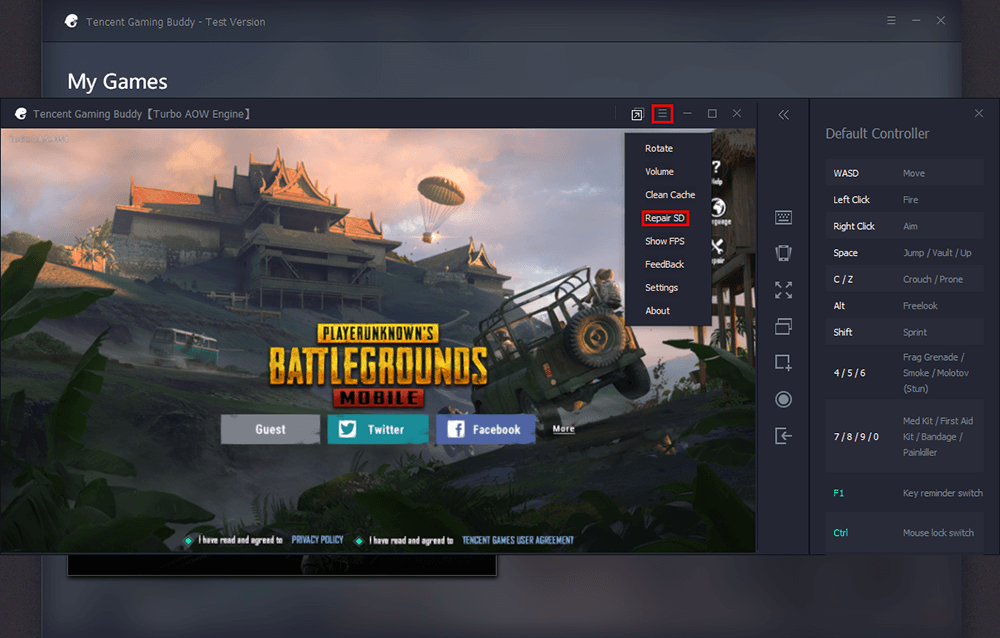 The next is to click Repair on the main screen of the game where you would normally sign in using one of your linked accounts. Personally, I would do both, then close the emulator completely and launch it again. 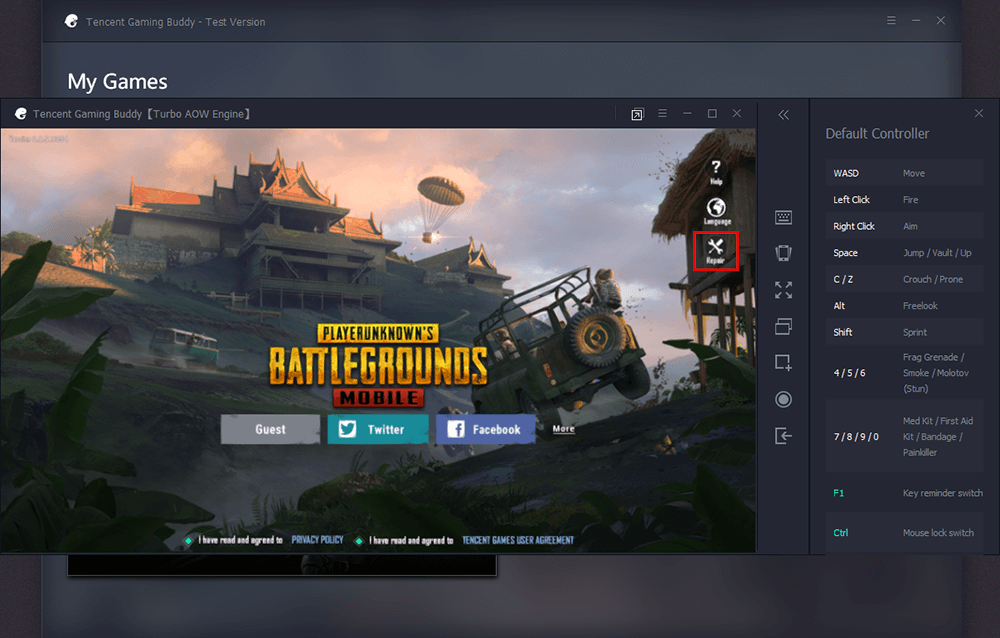 Statistically, this has the best chance of fixing the error which keeps causing the PUBG Mobile emulator to crash. Unfortunately, it doesn’t work 100% of the time, so you may still have to uninstall it completely and start from scratch. If you are still having issues after trying this, the best place to look for advice is the official PUBG Mobile Reddit page. Simply search for the issue you are having or create a new post if there is nothing related to your issue present.

Note: You should also try switching between the different graphics settings: OpenGL, DirectX, OpenGL+, and DirectX+. Some of these options work better than others on selected machines.