While Niantic has been milking the cash cow that is Pokemon Go, there has been another MMO Pokemon game lurking in the shadows that has gone completely unnoticed. It’s has been around for a little while and is arguably the best Pokemon game I’ve ever played. Best of all you can play it on a variety of devices and it's free. If you’re a Pokemon fan there is no doubt this game will impress you. 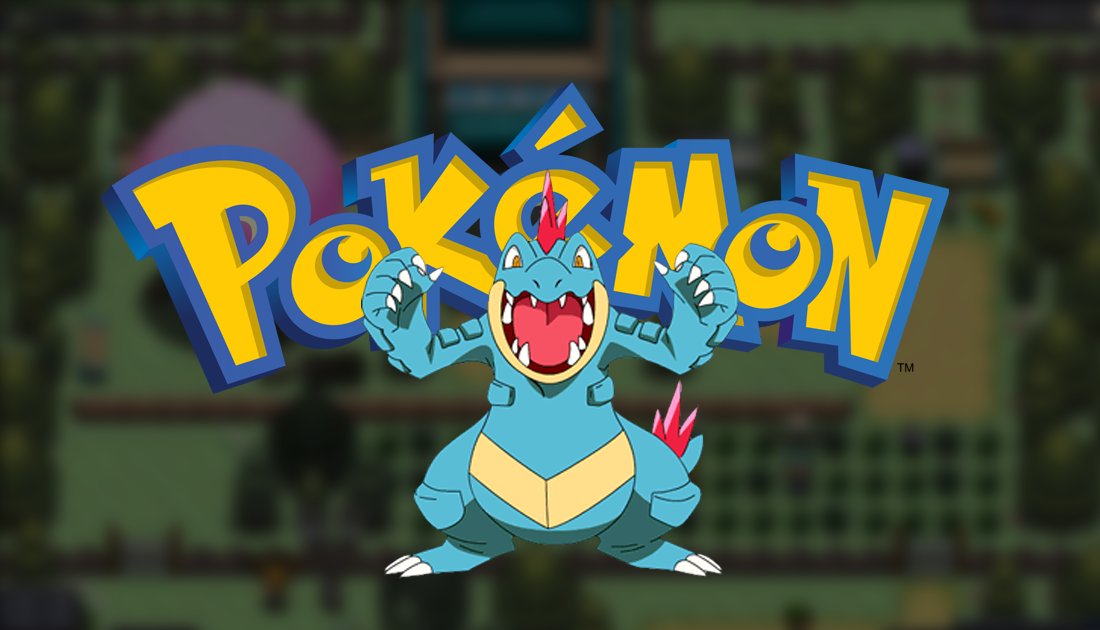 How to Get PAYDAY 2 on PC for Free.

If you have played Pokemon Go in the past, you would most likely have received Niantics recent newsletter, trying to lure you back to the dying game. The first thing you should do with this email is trash it, there's a good chance that after reading this article you'll be playing a new Pokemon game. The game in question is called Pokemon Revolution, it is a massively multiplayer online (MMO) adaption of the series and is highly impressive. Putting aside the MMO aspect, anyone can happily play the game as though it were a single player part of the Pokemon series.

Note: All the screenshots are taken at night (in game) if you are wondering why the colors are dark. Everything is Vibrant during the day.

First of all, before we get into all the good stuff, I should mention that Pokemon Revolution isn’t an official Pokemon game, having been developed independently with no affiliation to Nintendo. That being said though the developers have made a game that in all aspects exceeds anything that Nintendo have released in the past. So with the introduction out of the way, let's get into what makes this game so damn good.

Pokemon Revolution sticks to the gameplay and style of the original games created by Nintendo, however, it expands all the much-loved features in fantastic ways. For instance, the graphics have a very nostalgic feel, yet offer a new level of detail and beauty, which is great for players who opt to play from there PC. Playing the game in 1920x1080 on a 27” monitor looks great and doesn’t have a stretched feeling.

As for the battle system, it has everything you could want from a Pokemon game and everything you can remember from the handheld classics. The only big difference is that wild Pokemon and trainers are much stronger than the original games, the AI is well balanced making the game nice and challenging, something that the originals lacked. The real trainers (other players) are even tougher, which adds the component most Pokemon trainers have dreamed of for years.

Pokemon Revolution also features Bosses, hard NPCs with max level Pokemon, that when beaten offer great rewards including super rare Pokemon. The best part is they generally reset once per week, so if you fail to beat them you can try again in a few days times. These are just some of the many great gameplay features in Pokemon Revolution, you're bound to find many more as you play. 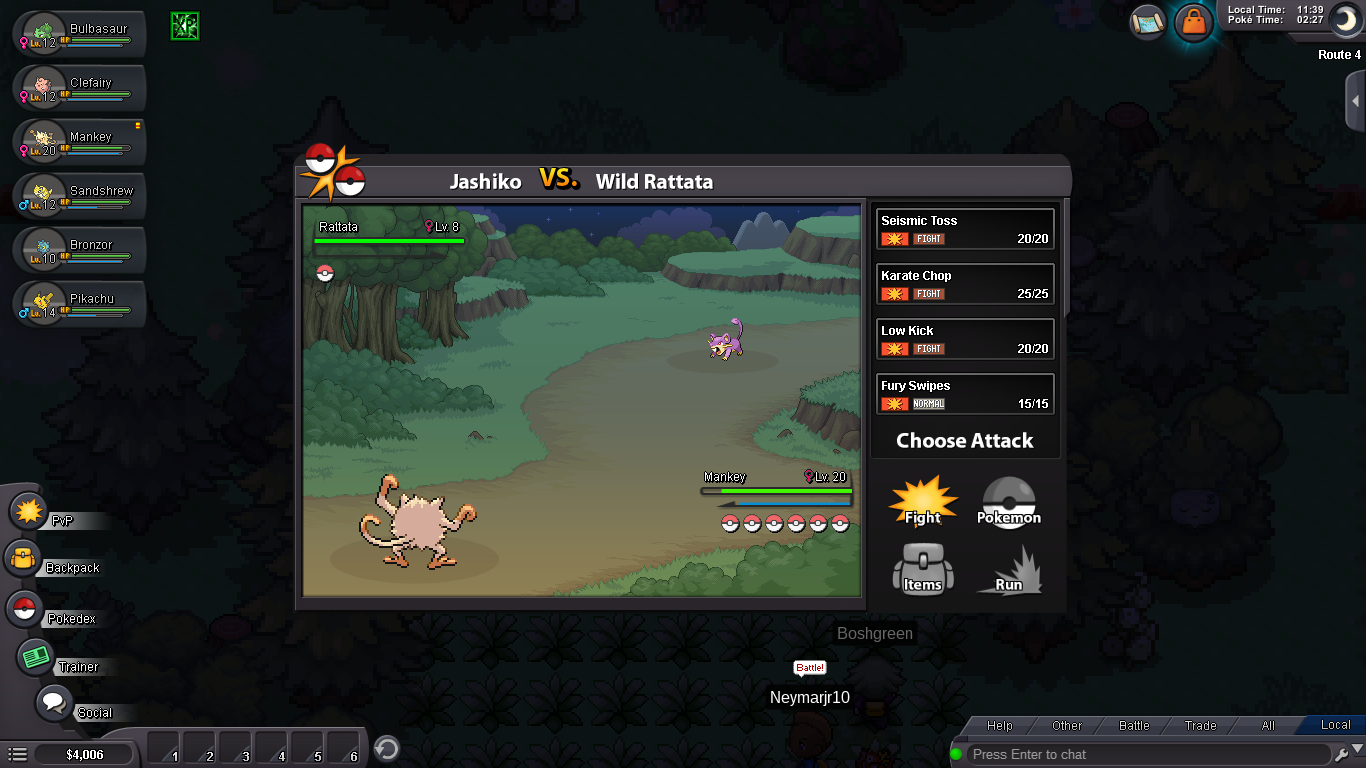 Apart from the great graphics, Pokemon Revolution also features quite a large playable map which is constantly being expanded to include new regions. As of June 2017, you can travel across the beautifully recreated Kanto, Johto and Hoenn regions, with work already started on the Sinnoh. On top of all this, the game and regions feature seasons, times of day and weather, which all affect what Pokemon you will encounter, it also adds a nice immersive feeling to your travels.

What About the Pokemon and Their Skills?

The game also features Pokemon from the first Six Generations which have been scattered across all 3 regions.  In simple numbers that translates to 600+ catchable Pokemon. Another thing you will enjoy is the information about each Pokemon is very detailed, especially when you are viewing one of your own or someone else's which are often linked in chat. This information includes things like  IVs (internal values) for each stat, as well as any accrued EVs (effort values) for each stat.

This can get a little complicated at times though, with so many stats to keep an eye on, trying to get a good balance between them all is tough. It’s also worth mentioning that Shiny Pokemon can be caught and can fetch a huge price if you are willing to part with your capture.

Is the PVP any Good?

The Player vs Player (PVP) system featured in Pokemon Revolution is very well crafted and fine-tuned. Featuring a queueing system, which is quite quick at organizing battles. As well as this you can battle any trainers you come across in the world. There is also a huge wealth of status information available in relation to ladders, tournaments and the in-game currency. You can also see individual players play times. The highest listed playtime currently is 5900 hours………. 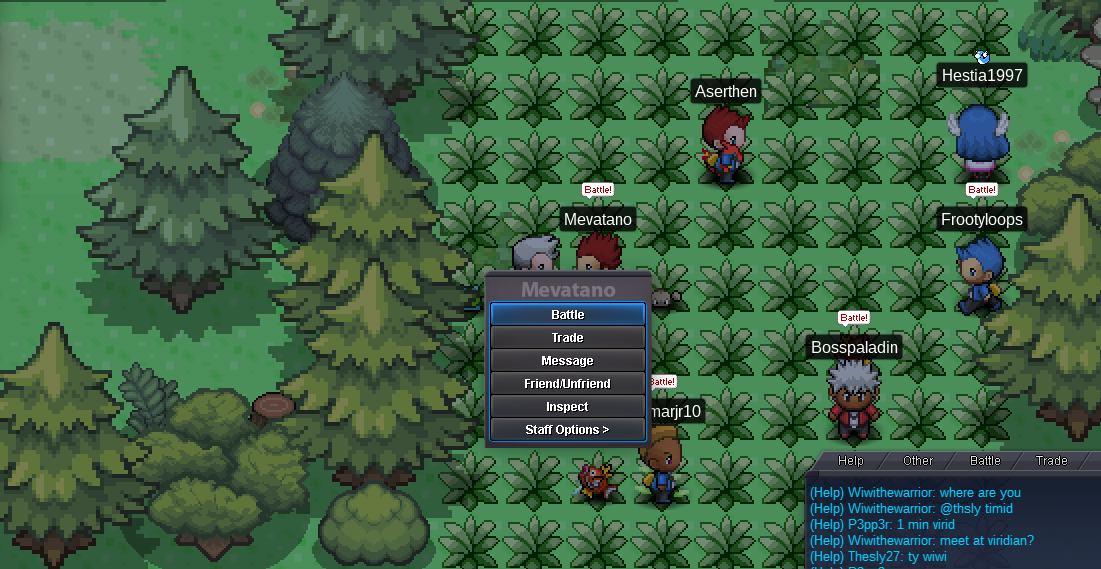 Downloading and installing Pokemon Revolution is also a very simple process. All you have to do is go to the download page: Pokemon Revolution Download and choose whichever version you wish to use, Windows, Android, Mac, Linux. If you choose Android the process is a little more involved as you will need to install the game from an APK file, it’s easy enough. If you are unsure how to install an APK file you can follow the steps in the guide below:

How to Install Android Apps and Games Using APK Files.

If you are planning on playing the game on your Android Phone, you will need to make a change to the User Interface in the options menu, as the User Interface (UI) is a little small, it can be hard to see on its default setting. To do this, tap the Options Icon in the bottom left-hand corner of the screen. Next, tap Options, go to Graphics and slide the GUI Scale slider to around the same position as shown in the screenshot below, then confirm. You can, of course, adjust this to your own preference but for a 1920x1080 phone screen, this position seems to work quite well. There is also a Zoom option in graphics settings that you may find useful. 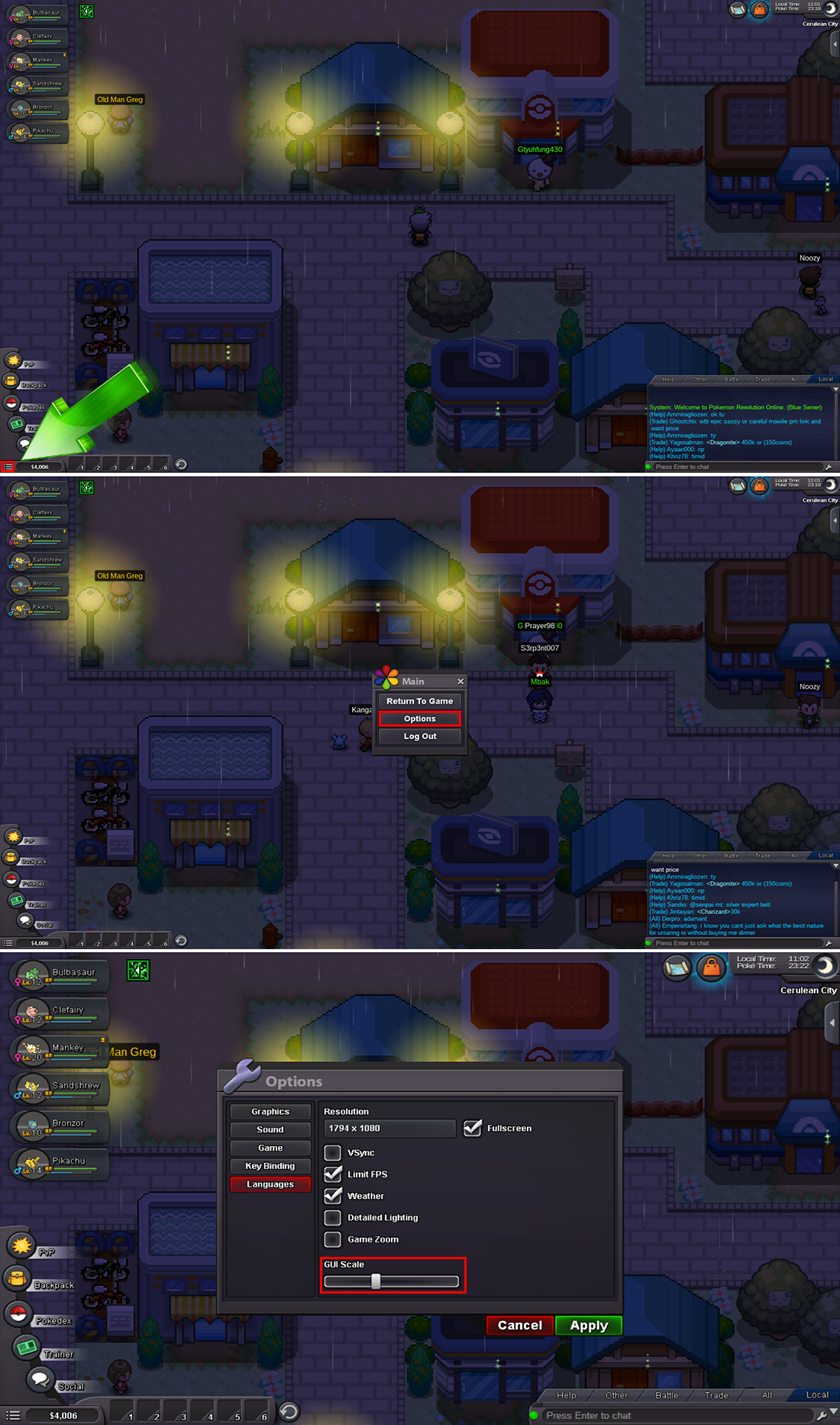 You’ll also be happy to know that Pokemon Revolution uses substantially less battery than Pokemon Go, as for Data though, you will have to monitor it, I haven’t played long enough on a mobile device to get a good usage estimate, though is suspect it is quite minimal.

That wraps everything up, if you think we forgot to mention a key feature or you’d like to let us know what you think of the game, let us know in the comment section.