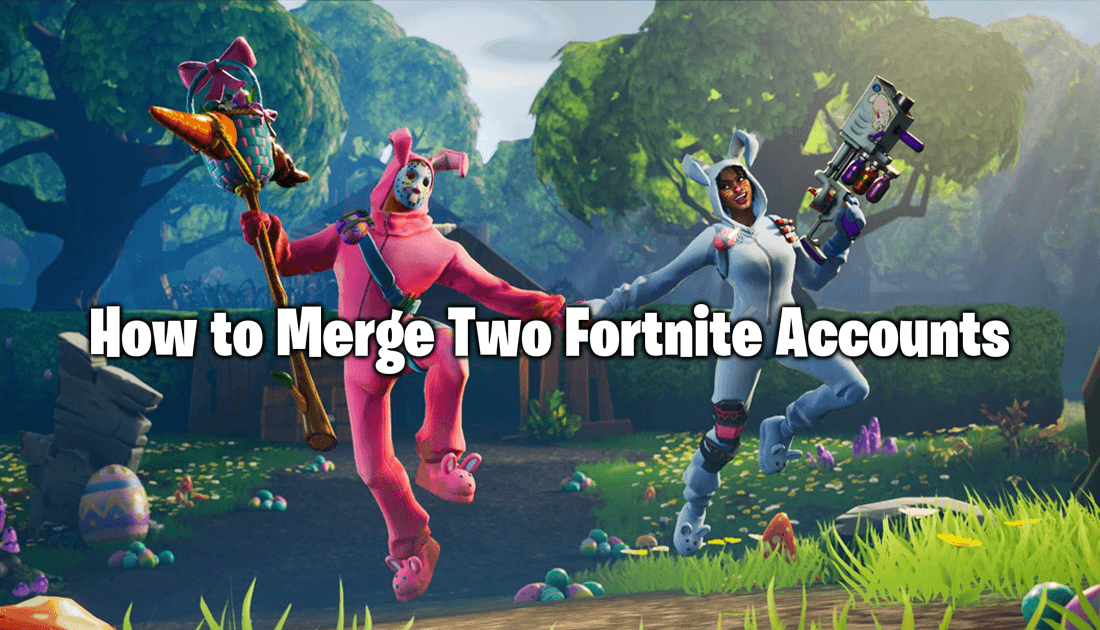 How to Play Audio From Chrome Tabs Through Different Playback Devices.

When Fortnite first hit PlayStation 4 there was quite a lot of controversy surrounding Sony’s stance on Cross Play. Although this has since been peacefully resolved, Sony took a hardline stance on preventing players playing with their counterparts on Xbox and Nintendo Switch. As a result, to play on both devices, it was a requirement to create a separate Epic account to play on Switch or Xbox. Now that the rivalry has been put to rest, there’s no longer a need for multiple accounts.

To simplify things even further and put the cross play saga behind them, Epic has decided to allow users to merge there Fortnite accounts, which lets you link console logins and merge Fortnite cosmetic items and V-Bucks from one account to another! As awesome as the feature is though, there are quite a few prerequisites that must be met, so follow along as we go through them.

How Do You Merge Fornite Accounts? Fortnite Account Merger Requirements.

Before you can even consider merging your Fortnite accounts, you’ll need to make sure your accounts meet the following requirements.

Note: Other items such as Unreal Marketplace items, Creative Islands, and Save The World account level and progress will not be merged over from your secondary account.

Again! You need to remember that this process is not instantaneous. And items from your secondary account will be held for two weeks before being moved over to your primary account.

If you’ve met all of the requirements listed above, the process is super simple. All you need to do is head on over to the specially created Fortnite Account merger page, then follow the steps provided by the tool.

Once you have clicked Get Started, the most important thing to do is sign into your Primary account first. This is important as everything will be merged to this account. If you make a mistake here there is no way to reverse the change. So before you finalise the merge, make sure you use the Preview Merge option at the bottom of the page. That’s it! Once you’ve seen the process through to the end, all you have to do is wait! 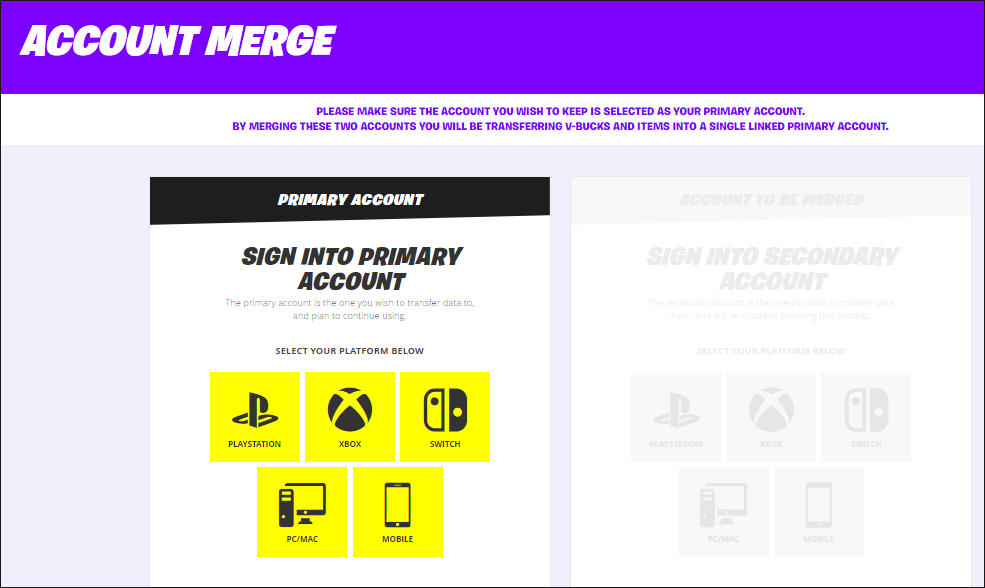