How to Play Ingress Prime. An Introduction For New Players.

Learn some of the basics of Ingress Prime the latest incarnation of Niantics original Ingress game. Get up to date and ready to dive into the latest battle between the Enlightened and the Resistance. If you are joining Ingress after playing Pokemon Go, you’ve got a lot of learning ahead of you! 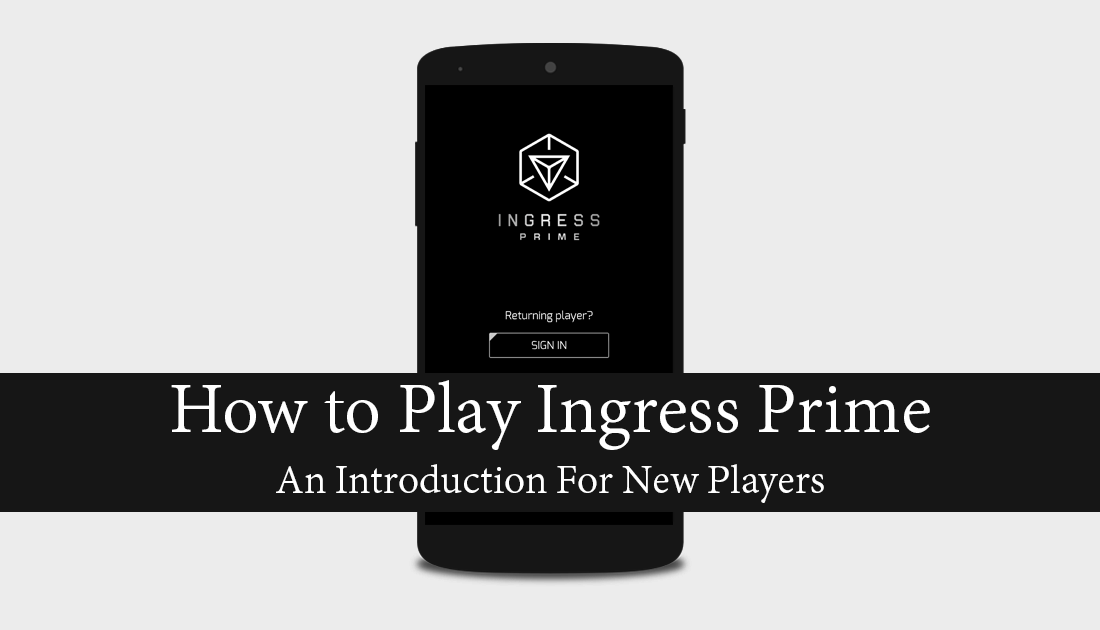 How to Get Destiny 2 For Free on PC. (Battle.net)

Ingress has been around for quite some time having first been released on Android in 2013 and is Niantics original venture into augmented reality, location-based, exergaming. In Ingress, the game is primarily based on the battle between two factions as a whole, rather than individual gains (though individual gains are important) and pits the Resistance (Blue) against the Enlightened (Green).

Ingress’s gameplay requires both factions to capture portals which are located at significant real-world locations, places such as landmarks, public art, playgrounds, monuments, etc. Similar to the way Pokestops work in Pokemon Go. Once captured these portals can then be linked to virtual triangular control fields. The more portals and fields a team controls, the more power they have, thus increasing their dominance.

In order to use items and attack or defend portals, as well as progress further, you will also be required to gather XM from the world, which is as simple as walking around. The more you walk around, the more XM you'll gather. So far in my limited travels within Ingress Prime, I've managed to gather quite a bit of XM and have noticed that the Resistance seems to be the dominant force by a mile, at least in my city. 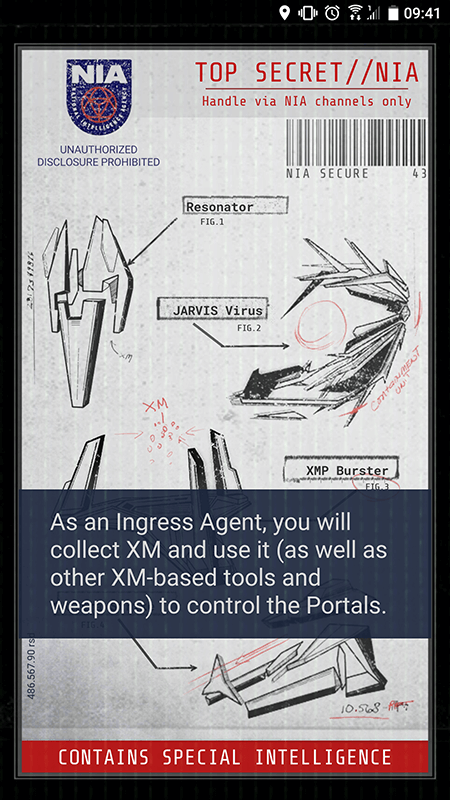 Note: For original Ingress players coming over to Ingress Prime, you probably won’t learn much here. However for complete newbs and greens totally fresh to Ingress and Ingress Prime, there’s a hell of a lot to take in, so let’s jump right in.

Once you have downloaded and installed the Ingress Prime app, you’ll be thrown straight into a tutorial process which may be confusing as hell for some people, but does try to cover the basics, so persist with it. Just be warned that the tutorial does have a tendency to restart from the very beginning if you don’t finish it entirely, so make sure you have the time to go from start to finish in one instance.

I’d be allocating at least 15 minutes or more if you live in an area without any significant points of interest. After you finish the tutorial, you will more than likely still have a ton of questions that need answering, so allow the following sections to ease you into things.

How to Hack and Control Portals in Ingress Prime.

Portals ‘aka’ Control Portals are the games most important aspects and come in three different colours, green, blue and white.

Green portals are portals that are controlled by the Enlightened.

Blue portals are controlled by the Resistance.

White portals are currently neutral and free from either faction's control.

To hack a portal simply get close enough to one, tap it once to bring up the menu, then select Hack from the options. Once you start a hack on any portal, you will be rewarded with a variety of different items, the most common being XMP Bursters and Resonators. Resonators are defensive items and can be used to amplify the output of your factions portals or used to capture white (neutral) portals. (we’ll cover bursters in the attack section)

Note: There are quite a few other portal mods you can acquire with varying attributes, both defensive and offensive, so make sure you investigate them as you acquire them. 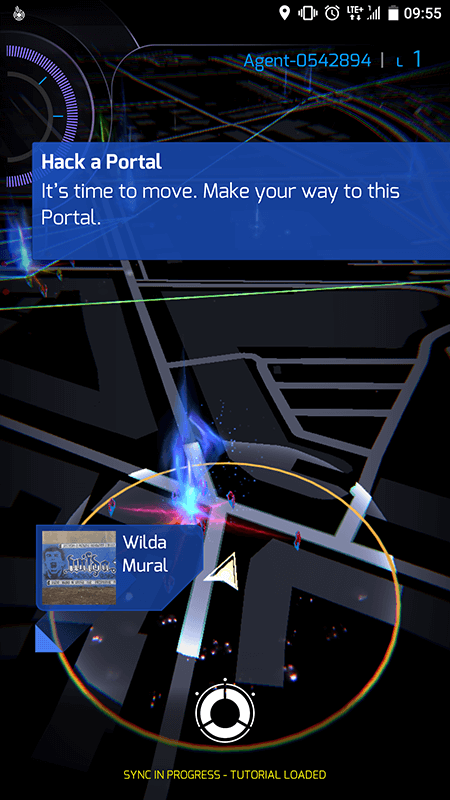 Each portal can have up to 8 resonators deployed for maximum amplification, so if you encounter a portal that your faction controls, make sure you deploy resonators into any empty slots. As well as this, you can also upgrade resonators that are already deployed to higher levels if you have better resonators in your stash. You can also repair damaged ones using XM from your stash.

Just remember that the more resonators a portal has and the higher level they are will dramatically increase their defence against attack from the opposing faction. Which brings us to the next part, attacking other factions portals!

How to Attack and Defend Portals in Ingress Prime.

As mentioned in the above section, XMP Bursters are items used for attacking the enemies portals and once deployed damage/destroy resonators. XMP Bursters with higher levels will do more damage with a wider area of effect. Just keep in mind that once you start attacking a portal it will defend itself by draining your XM, without XM you won’t be able to continue your attack, thus forcing you to abandon your endeavour to collect more.

If you manage to successfully destroy all an enemy portals resonators it will revert back to white, ready for you to place your own resonators down and claim it for your faction. As simple as all that sounds there are quite a few other items available that factions can use to defend portals, including shields, so you may have to use other items such as ultra strikes (another type of weapon) to take them out.

Note: There are also superweapons available for both factions which are super rare but allow you to instantly flip a factions portal to your own. The weapons are called the ADA Refractor and the Jarvis Virus.

How to Create Control Fields in Ingress Prime.

Control Fields in Ingress Prime are triangular fields created when several portals are connected using an item called a Portal Key. Creating a Control Field will reward you with a massive amount of AP, so it’s very beneficial for you and your faction to create them whenever possible. 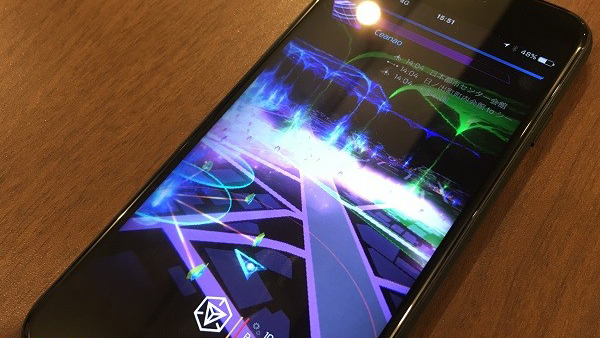 Each Portal Key is unique to a specific portal and can only be acquired by hacking it. Portal Keys can only be used on portals that have been fully resonated, so make sure you have checked this before trying to deploy a link. To link portals together and create a control field, simply get close to a portal, tap Link, then select a portal that is within linking range. Once linked the area between the portals will flood with your faction's colour, showing that you have now taken full control of the area.

How to Level Up Quickly in Ingress Prime.

The quickest way to level in Ingress Prime is to gather as much AP as possible. In order to do this, you will need to undertake as many missions as possible attacking, defending and creating as many control fields as you can. For an even quicker boost to gain levels and AP it’s advised to join a local Ingress group. (a real-world group of fellow Ingress players)

As well as these two options you can also use Glyph Hacks which can be activated by holding the Hack icon and selecting Glyph Hack when it appears. Once on the Glyph Hack screen simply solve the puzzles to gain a boost.

All in all Ingress Prime is pretty clever and quite entertaining to play, however, it is a little complex to get started with, so you’ll need to spend a bit of time reading more about strategy and tactics. You’ll also most likely find it a little buggy and resource hungry, especially in the battery drain department, similar to how Pokemon Go was during its first month after launch.

Hopefully, this guide has given you a pretty good rundown on how it works so you can get out there and enjoy it. However, if you need feel you need more help with it, make sure you check out the official Ingress Prime YouTube Channel.

how to play ingress

ingress how to play